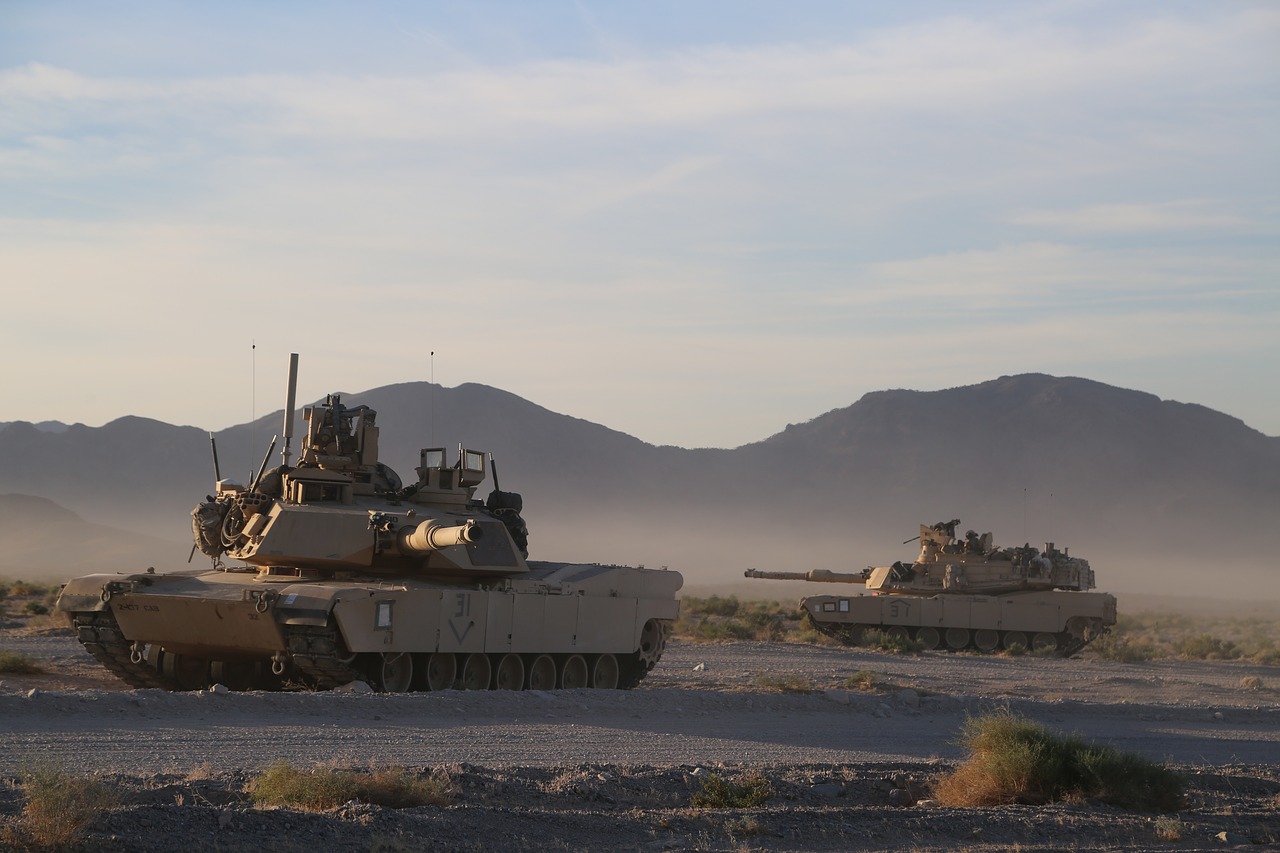 Tanks! This was and continues to be a word feared by many combatants during all major military conflicts around the world. These machines were used during Operation Iraqi Freedom (OIF), Operation Enduring Freedom (OEF), and - before the invasion of Ukraine - Azerbaijan, and Armenian forces during their 2016 and 2020 conflicts. The roaring sound of the engine, the noise of the tracks, and heavy artillery are, without a doubt, something to fear on the battlefield when standing on the opposite side of the cannon. It was a piece of military equipment that is said to have boosted morale during World War I in the British military. It has been in business for more than 100 years and most governments around the world continue to invest to modernize their tanks.

The possession and employment of these heavily armored vehicles have also been attributed to the typical show of force. To amplify this perspective, Global Fire Power reports that the Russian military possesses 12,420 tanks, the United States military 6,612, and the Chinese military 5, 520. The top three military powers according to Statista, are countries that compete for military presence and influence. Within the United States Military, there is, however, one military organization that foresaw its usability in the everchanging battlefield and discontinued the use of these fearsome machines… the United States Marine Corps. Under the direction of General David H. Berger and his Force Design 2030, the United States Marine Corps started phasing out all tanks in their arsenal. The last of the tanks are scheduled for transfer by 2023, reported the Marine Corps Times. A bold move for a piece of military equipment that continues to perform in all major military conflicts around the world. One with many different variations and terrain capabilities that proved to be an asset in both, OIF and OEF.

Until recently the move may have been portrayed as one feasibly unjustified, or simply unwise because of the reputation tanks have built and the ongoing usability. It appears tanks represented power and capability but the war in Ukraine may have proven otherwise. While the technology in modern tanks continues to evolve, so has the anti-tank technology and other long-range ballistics; their effectiveness in modern warfare is not unmatched, and smart bombs are taking the stage. According to the Oryx blog, for example, the Russian military lost approximately 417 tanks since the invasion of Ukraine began on February 24, 2022 (data current as of June 2, 2022). In other words, the Russian military has been losing an average of four tanks every day since the beginning of the conflict. The 417 are said to have been either destroyed, damaged, abandoned, or captured. Even as the Ukrainian military continues to be reinforced by NATO, it would be unwise to think that all tanks were lost to opponent superiority and performance on the battlefield.

Some of the problems being criticized and highlighted, as it pertains to the Russian leadership and their war efforts – this is beside the unfounded invasion driven by greed – are generally intangible and not too technical. These intangibles in question can very well be seen as logistical shortfalls taking place within all ranks and stages, from poor leadership to the poor training and strategies employed during the war. In that context, it can be interpreted as a major contributor, and this would settle a portion of the dispute. If the question is why the Russian military has lost as many tanks as they have? The answer is not simple and can arguably be attributed to poor planning and logistics but also the increased capability of the Ukrainian military courtesy of NATO. In essence, a “Russian operational failure” were the words used by Business Insider when describing the Russian military performance thus far.

Nonetheless, it begs the question, what is it about tanks and the Force Design 2030 that were so prudent in the planning? Perhaps the answer is quite simple, tanks are becoming less relevant in what is now a more technologically advanced battlefield.

It is important to note that less relevant is not to be confused with the word “obsolete.” Heavily armored vehicles are massive weapons of war that can turn the tables and help troops gain and maintain territory. Moreover, tanks will continue to provide the United States military with the heavy armor capability needed by the United States Army. This so-called heavy armored support will reinforce the traditional advancement idea that one must gain and hold territory, something that is nearly impossible to accomplish from distant locations or air. This ideology is one that the Russian military has failed to sustain.

In the United States Marine Corps, the changes are not limited to tanks, it also called to decrease artillery batteries as well as non-lethal unmanned aerial systems. These are big modifications to the force structure that will conform to the evolving operating field and prepare Marines for all variations taking place in most world settings. The changes are aggressive means for preparation and include addressing and reinforcing cyberspace as well as increasing the number of light armor reconnaissance companies and rocket artillery. The United States Marine Corps intends on reorganizing to create a more versatile, more lethal, and responsive force that is ready for any clime and place, as its motto implies. These are the efforts made by an organization with relevant forward projections that exposed weaknesses in the future battle landscape.

Heavily armored vehicles, as the case with tanks, were once upon a time a force to be reckoned with. They were seen as nearly indestructible and offered solutions to the most arduous obstacles. However, in today’s landscape, they are vulnerable to drone strikes, long-range ballistics, and other tactics such as those employed by the Ukrainian military that has proved more efficient and valuable. There is undeniable evidence to blame Russia’s planning efforts and lack of training as culprits for the devastating blow tanks have received. More importantly, there is also sufficient evidence to understand why the United States Marine Corps is upgrading its capabilities. Tanks and other heavy armor vehicles employed in Ukraine are being destroyed by modern NATO weapons.