Tattoos : A Medium for Women to Narrate Stories 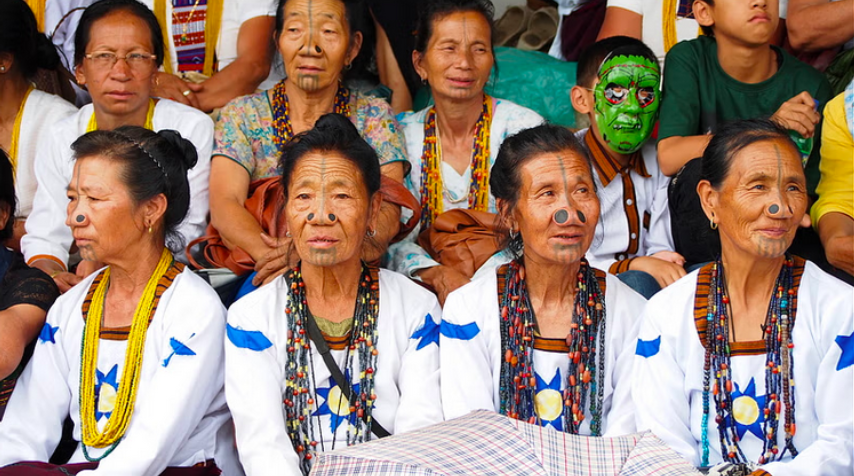 Tattoo art has a rich history and its production and consumption have changed throughout time. A tattoo is a permanent form of body art that belong to a multitude of different cultures all over the world. This representation of art can be said to be doused in years of culture and the changes that it has gone through.

This art form can be said to be a cultural text because of its history and how people have been engaging with it. Tattooing has been around for thousands of years and ‘Otzi the Iceman’ discovered in September 1991 is the first human discovered to have had tattoos which date this practice back to between 3370 BC to 3100 BC.

If one has to take a closer look at tattoo art in India, one can understand that tattoos have been around for several years now. Yet the way one perceives it is different in rural and urban areas. Even more than this, the way it is perceived when women have them is highly different. Women get tattoos to regain control of their bodies and their agency.

In India, especially in tribal and rural areas, “tattoos have not always been about beautifying the human body” as mentioned by Sanchari Pal. The process of carving these tattoos was called gudna where they took a needle and repeatedly pierced the skin to leave a mark.

Tribal areas had different reasons for marking individuals with tattoos. For example in the Apatani tribe from Arunachal Pradesh, “young girls were tattooed to make them unappealing to the rival tribes of the neighbouring districts, who could otherwise abduct their prettiest women”. This shows how women were subjected to certain experiences by being subjects of the “male gaze”.

To understand this more one can take examples from other women in rural and tribal areas. Geeta Pandey recounts the story of her mother who was forced to get tattoos. Pandey explains how in rural areas of northern India especially Uttar Pradesh, where she is from, women have no choice in getting tattoos. Pandey’s mother reiterates how she would “be considered impure, an untouchable” if she refused to get a tattoo after marriage. This can be seen as an act of branding and claiming ownership of the woman. It can be noticed how shaming was used as a tool to control women’s bodies.

Another example of such branding can be seen in rural Rajasthan where she has her husband’s name tattooed on her arm but it is not only the name “but also the fact that they are married to them” as mentioned by Sanskriti Talwar. The words, “Mohanlal ki aurat Sukhiya. (Mohanlal’s woman Sukhiya) has been carved”. Thus it can be understood how women were tied to their husbands and subjugated by patriarchy under the pretext of marriage and rituals.

Because of colonisation, this tattoo art became taboo. The British used tattoos for the purpose of punishment for criminals. Due to this, as Beth P. mentions “tattoo practice became a symbol of shame and ostracisation”. Women were tattooed on their forehead with the words ‘Jeb katri’ which means pickpocketing in Punjabi when they committed crimes. Because of such practices tattoos became a sign of shame and because of the negative ideology surrounding it tattoos art became a sign of taboo.

Along with tattoos being used for punishment, another reason why tattoos could have been considered taboo could be due to the standards of beauty. Due to a certain beauty standard normalised by the patriarchal society, tattoos were considered ‘masculine’ and should not be on women’s bodies. Either a woman can conform to these norms or challenge them. In recent times, women, mostly from the urban areas, have been challenging this notion of femininity.

Tanvi Mishra is one such individual who has reclaimed her body by getting several tattoos. Her personal experience showcases the act of resistance that tattoo art can bring about against patriarchy and its ideas on femininity. Another individual, Tanvi Raj mentions, “I feel like I belong to me” after getting her tattoo. Tattoos have risen up to challenge the constraints of society and the different symbols represent the experiences of the bearer.

Even though in urban areas of India the perception of tattoos is changing with respect to the younger generation, some people still view them with distaste. Sneha, a 26-year-old cis-woman mentions how her family are against the tattoos she wears. She mentions, “the tattoos stand for the control and say I have over my own body, a manner in which I reinforce and often regain ownership of it and dispel the power that labels have for so long controlled me and dictated my life”. These tattoos then give way to Sneha having agency over her body and not conforming to the standards laid out by society as they do not include the experiences she has gone through.

In urban areas due to the influence of western culture, individuals are more open to tattoos and tattoo culture. They use tattoos as a medium to tell their story and showcase their individuality. Their tattoo and their body become a place to narrate their pain, their suffering, and most importantly their story.

Why can’t women tattoo their body? There are several myths and arguments which have gone around this topic. You cannot donate blood, there can be medical problems, you will not get a government job and so on. But tattoos challenge the norms of patriarchy. They challenge the way that femininity is described. They have opened up a way for women to be free and be whoever they want to be. Tattoos give an opportunity for women to create their own identities away from societal norms. They are in charge of narrating their own story.