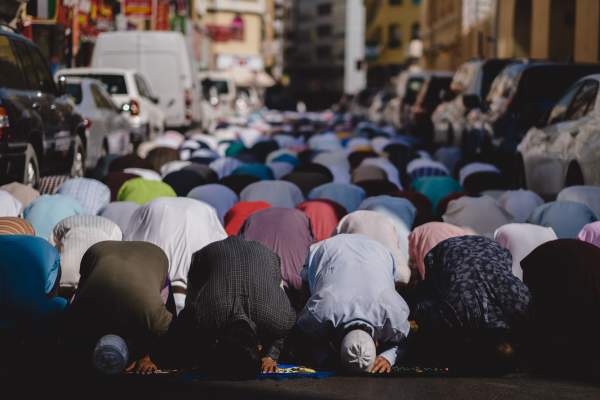 The attacks on September 11th, 2001, are coined in the United States history books as an urgent turning point that led to the acceleration of the “War on Terror”, but it also exacerbated the spread of Islamophobia which is steadily increasing year by year.

The biggest indication of this sociological pandemic comes from the data compiled by Brown University that states that hate crimes that are focused on Muslims increased by over 500%. Assaults that were directed at Muslims in the United States peaked in 2016 with 127 which shattered the 2001 record that “only” had 93 attacks.

It is important to understand why the people in the United States are in fear of Muslims and their religion. The report from the Center for American Progress suggests that people who are not experts in the domain of Islam often spread misinformation that promotes hatred towards the religions and their practitioners. Prejudice and discrimination are both factors that keep Islamophobia alive in the Western hemisphere. Prejudice includes negative judgment, attitudes, and opinions of the whole population of Muslims in the United States. Another reason why people perceive Islam and its followers as a threat to society is because of the inaccurate interpretations of the Quran. Anti-Muslim experts often misunderstand, willingly or unwilling, the context of the sacred text, and that further facilitates the expansion of Islamophobic elements. Quran requires the readers to read the text in full which is emphasized in the Quran 3:8 section that says, “we believe in it, the whole is from our Lord.” In Quran 22:40-41, gives permission to Muslims to fight but only in self-defense situations by stating “those against whom war is waged.” That allowance comes from the Prophet Muhammad’s era when he and his companions were escaping persecution for over 13 years. The persecution also involved a three-year starvation period during which Muhammad’s wife Khadija died from. The verse was not only formulated so that Muslims can defend themselves, but it was also formulated for every religious practitioner, no matter if they are Christians, Jews, or any other religion. Quran also states that amnesty should be given to any attacker that wants to seek peace. This means that the Holy text forbids fighting inactive fighters. Quran 2:193-194 is a verse that is strictly against torture, mutilation, or any similar damage. The sacred text contains the verse “kill them where you find them.” The “them” part of the verse is related to terrorist intruders that could be killed if the practitioner is acting in self-defense. Additionally, the killing of terrorists in self-defense is not only exclusive to Islam followers but also a universal suggestion that can be applied in the realms of Christianity, Judaism, or any other faith.

The Institute for Social Policy and Understanding conducted a survey in 2019 that showed that over 62% of Muslims in the United States experience religious discrimination. The small root of this discrimination is found in the executive order that was passed by former-President Donald Trump in 2017 when he banned citizens from some Muslim-majority countries to visit the United States. It is no surprise because further research by SPU found that Muslims prefer a Democrat for President. In 2016, 67% of Muslim voters chose a Democrat. In 2020, that number dipped to 51% but it was still overwhelmingly more than the Republican pick which only received 16% of Islam followers.

On the national level, Muslims make up around 1% of the United States population. Islam is the fastest-growing religion in the country, but despite its steady spread it is still not welcomed in the white evangelical community which over 44% of it reports having an unfavorable view. To combat these issues of unwelcomeness, the study found that people who do not know any people who are Islam followers are more likely to be Islamophobic. On the contrary, those who know at least one Muslim ranked significantly lower on the Islamophobic index. An even better solution to fighting Islamophobia is being more knowledgeable about the religion. The struggle of befriending a Muslim friend is big in communities that lack cultural and religious diversity. These obstacles should not stop people from learning more about religion because the majority of people have instant access to information. It is unrealistic to expect the entire population of the U.S. to become proficient scholars of Islam, but it is imperative to learn enough about it to become a viable critical-thinker that can identify when executive orders are not only hurting the lives of Muslims in the country but also the purity and integrity of a democratic system.

The United States should mirror some of the solutions that were implemented in numerous countries in Europe. Germany presented many interfaith projects around the country that pointed out how compatible Muslims and non-Muslims are. German artist Soufeina contributed to the downfall of Islamophobia numbers by creating comic strips which praise the contributions Muslims are making in society and which pitfalls those same people face due to religious hatred. Every citizen in the United States should take the responsibility of calling out news organizations on unfair bias and discriminatory coverage. According to ISPU, over 80% of Islam coverage is negative and it paints a horrific picture of Muslims who are perceived as dangerous and unpredictable. In reality, white supremacists kill the greatest number of Americans and that is the fact that should be brought up every time there is an intention to unobjectively analyze a certain religion that is not overly present in the United States.

Skewed coverage builds hate ideologies – the same ideologies that create negative perceptions about African Americans and other communities which are consistently fighting an uphill battle. People that learn about faith from news headlines are getting the filtered portrait of a religion whose excellence and wisdom should be absorbed from reading the Quran, reading the biography of the Prophet Muhammad, and finding the true education of Islam.