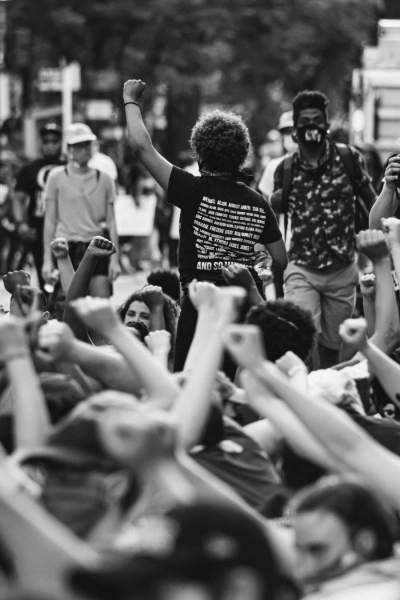 A pair of South Carolina senators in recent memory have made statements that the United States of America is not a racist country. Senator Lindsey Graham and Senator Tim Scott both voiced their points which are completely irrational, fictional and incorrect.

Systemic racism is heavily present in every facet of life in the United States. The criminal justice system, educational system, healthcare system – all are turned against the average African American who typically starts facing challenges from the moment they are born. According to Centers for Disease Control and Prevention (CDC) data from 2019, one in every seven Black babies will be born with low birth weight, something that only happens once in every fifteen cases with white babies. It is important to understand the true causes of these disparities that can hinder development in innocent kids.

According to the Black Women’s Health Initiative, the low birth weight is caused by the stress that Black women endure due to racism. Struggles like finding a job, a home, or a proper health care plan as a Black woman are factors that contribute to the amplification of stress that directly causes the body to produce too much cortisol – too much cortisol can reduce the blood flow that the baby needs, thus digressing its natural growth.

Getting a college diploma is commonly regarded as the magic wand capable of downsizing poverty and eliminating the wealth gap between people of color and whites. According to the UNCF, during the 2011/2012 school year, only 57% of Black students had complete access to math and similar science courses which are necessary for ample preparation for college. Less qualified teachers who earn lower salaries are often the ones instructing African American students. Schools whose demographics are dominated by students of color (90% or more are students of color) spend $733 less per student per year than institutions whose demographics are 90% or more white.

Even if the path to receiving a diploma appears successful, the next step in the progression summons another embedded obstacle that often goes unnoticed. NBER Faculty Research Fellows Marianne Bertrand and Sendhil Mullainathan constructed resumes wherein one group would put a common name from the Black population and on the other, they would use a common white-sounding name. By sending the resume to employers in the Chicago and Boston areas, the researchers wanted to determine if the names on the resume would impact the number of callbacks they would receive.

Over 5,000 copies of resumes were sent out and the results were depressing. Resumes that contained white names needed to reach ten different employers before they would receive a response. Resumes that contained black names needed to reach 15 different employers before they would get any response. The study also detailed that people who are embedded in the white demographic have a higher chance of being rehired for a job even if they have a criminal record, whereas African Americans with no criminal record have a lower chance of being employed again despite having similar or better qualities.

Securing a mortgage for a house in the United States always presents a difficult adventure for any person, no matter under which race they fall. Unsurprisingly, when we analyze the data provided by the 2020 Home Mortgage Disclosure Act, we can pinpoint another pitfall that potentially every African American faces. Mortgages to Black applicants are denied at an 80% higher rate than their White counterparts. LendingTree reemphasizes the issues highlighting that mortgage refinances loans are typically denied at a 17,07% rate which is almost twice as less as the denial rate for Black borrowers often hovers around 30,2%. We could argue that the high denial rate is caused by the fact that on average minorities have lower credit scores and smaller salaries. Those same minorities live in disadvantaged neighborhoods where homes are often valued at a lower price. This argument fails to sustain itself because even African Americans who have well-paying jobs, high credit scores and live in prosperous neighborhoods face restrictions due to their race.

The prime example is Akili Akridge. The Maryland homeowner wanted to refinance his loan. He started calling lenders and while it is not required, all of them asked Akridge about his race. Akridge told the first two lenders that he is an African American and that promptly caused him to be rejected. After contacting other lenders, Akridge decided not to disclose his race. The tactic worked because he was offered competitive market rates. The eventual refinance success alludes to the problem that many other Black homeowners face in the United States, except their cases will hardly ever see the light. ‘

A sizable number of people in the United States have a tough time understanding that if African Americans improve in any facet of life – that is not implicative of any fewer encounters with constant racial firewalls they have to be socially hacked through. The current design of the United States democracy exclusively favors people who take a smooth elevator to reach the pinnacle, while others are brutally challenged and forced to take the stairs loaded with shattered glass, boobytraps, and other dangerous contraptions.

The stock version of America’s democracy can only evolve if the systemic impediments are permanently removed from the playing field. It is hard to deny that there have been some notable racial progress in recent years, but can that be really considered enough? Incremental progression deserves praise from all demographics, but it really should be a warning to us all that those further milestones need to be accomplished.

Black couples that are expecting a baby still exercise caution in choosing hospitals to ensure they receive fair treatment. Black parents worry about their children getting pulled over by the police. Young African Americans are advised by their parents to not wear hoodies or have hoods on and to keep their hands out of their pockets. Even the small percentage of African Americans that reach the top of those proverbial stairs are not completely immune to racial discrimination.

Suffering from the incurable variant of double-consciousness, they are often aware of the harness that restricts them. Until such confinements disintegrate and every Black person is freed from the double-consciousness realm of influence, it would be disrespectful to claim that the U.S. is a country void of racist influences.