The Death of Queen Elizabeth II and the ‘not so’ United Kingdom: The Conflicts Between Grief and Colonialism in Northern Ireland. 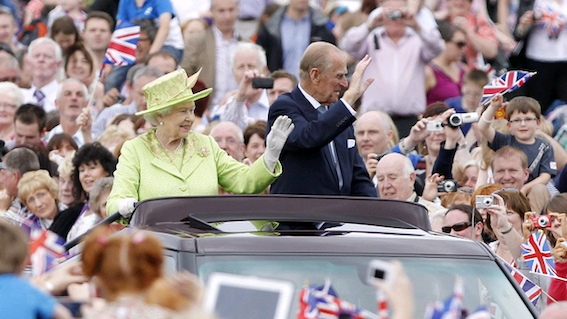 The death of Queen Elizabeth II has undeniably sent shockwaves globally. Making worldwide headlines almost instantaneously, outpourings of sympathy toward the Royal Family, citizens of the Commonwealth, and beyond have come from nearly every news outlet, world leaders, and existing monarchies. In the United Kingdom, one can seldom walk past a shop, read a newspaper, or scroll online without seeing or hearing her name. National grief that has arguably not been felt as profoundly since the death of Princess Diana in 1997, for many Britons, Elizabeth II symbolises what is great about Britain, the devastation of her passing proven by the approximately 250,000 people that queued to view her casket in London. Indeed, Elizabeth II reigned through many watershed events, the grief of her subjects feasibly justified by her accomplishments. From being the first British monarch to visit the Republic of Ireland since 1922, to presiding over crises such as Brexit, and the COVID-19 pandemic, her tenure spanned the most significant events of the 20th and 21st centuries. It came as no shock, as such, that incumbent Prime Minister Liz Truss’ tweet that Elizabeth II was “the rock on which modern Britain was built” was met with support – with almost 77,000 people liking her sentiment and 13,000 retweeting to their followers.

What is notable, however, is that all do not share this sentiment. True, the British media has thoroughly and rightfully covered Elizabeth II’s life, death, and funeral since her passing. Yet, they have arguably failed to truly recognise the alternate side of the coin – the passionate feelings of those scarred by the existence of the monarchy. The death of a British monarch has catalysed the surfacing of anti-colonial feelings from those living in some regions of the United Kingdom, as well as globally. One might only take Northern Ireland as an example of such, a United Kingdom nation undeniably divided in opinion. The fraught history of Northern Ireland, a fractious region of both British Unionists and Irish Nationalists, has always made the existence of a constitutional monarchy inherently contentious, with this contention becoming even more polarising since Elizabeth II’s death. Although not exclusively, for many in the Irish Nationalist community and among Catholics living in Northern Ireland, the Queen existed as a figurehead of oppression and exploitation by the British state and British imperialism in Ireland, an ever-lingering reminder that Ireland is divided and thus, a figure undeserving of disrepute. On the flip side, many in the British Unionist community celebrated her existence, the authority of the monarchy in Northern Ireland reinforcing their British identity. Naturally, thus, these two groups of people did respond differently to the news of Elizabeth II’s death. It was on Twitter where the divergence in the opinion of these two communities was most prevalent – tweets of sympathy and grief from Unionists often counterstroke by many Irish Nationalists.

One might only turn to former Northern Ireland First Minister Arlene Foster’s tweet that is “devastating news that our inspirational Sovereign has passed away” to see the extent of such contrasting opinions. Although a controversial figure and, as such, someone we might expect may receive vitriolic responses, Unionist Foster had many striking replies, the most distinct of which read, “May God's righteous judgment condemn her to the lake of fire,” and that the “Gates of hell are waiting” for Elizabeth II. Moreover, it was not only politicians, but reputable broadcasters that were also bombarded with likewise views, with the responses to the BBC’s tweet of Northern Ireland’s “final farewell to Queen Elizabeth II” fortifying the extent of the anti-monarchical opinions that still linger in Northern Ireland at present. One tweeter surmised that Elizabeth II was “the queen of the invaders who enjoyed ruling other countries,” remarking that it was “time for England to get out of Ireland.” Although unequivocally partisan in tone, these arguments veer into an inflammatory territory that one only sees occasionally. At a moment of British weakness, the appearance of an Irish Nationalistic strength and desire for autonomy only grows stronger.

These tweets, however, leave more questions unanswered than substantiated. How justified are those making these provocative statements? Can a nation of such broad perspectives ever be unanimous on the presence of a monarch? If not, are hateful responses to Elizabeth II’s death the answer?

Unfortunately, it would be naïve to believe these questions can be answered in a particular article. The innately nuanced nature of Northern Ireland has meant that no one side can be satisfied, leaving both Nationalists and Unionists in a transient limbo when significant political, social, and economic issues occur. There is undeniable blood on the hands of British imperialism in Ireland, with the past not forgotten because of the dawn of a new century. Various atrocities in Ireland such as The Troubles, the Great Famine, and the War of Independence have meant British war crimes remain a sensitive and effervescent issue for many in modern Northern Ireland.  Equally, the existing population of people who identify as British and assimilate with British culture in Northern Ireland cannot and should not be ignored. The bloody campaign for independence inflicted by the IRA in Northern Ireland is all but left in the past for many Unionists – making this ‘not so’ united nation unlikely to ever concede to the other side. Thus, these questions can only remain talking points, unanswered but omnipresent. The death of Elizabeth II has but reinforced the fragmented opinions of people in Northern Ireland, a unique component of a more comprehensive, evidently ‘not so’ United Kingdom.

However, painting all Irish Nationalists and British Unionists in Northern Ireland with the same brush is unfair, as many within these two communities have rectified the existence of the monarchy and each other as a part of life. Their presence does, however, undeniably lead us to a broader discussion, as Northern Ireland is conceivably only a microcosm of the macrocosm of countries divided on the importance and need for the British monarchy. Thus, it is plausible to conclude the shockwaves of Elizabeth II’s death have not only disturbed the peace of her British subjects, but perhaps have opened the gate for questions that may potentially disturb the peace and place of the monarchy within modern Commonwealth realms.