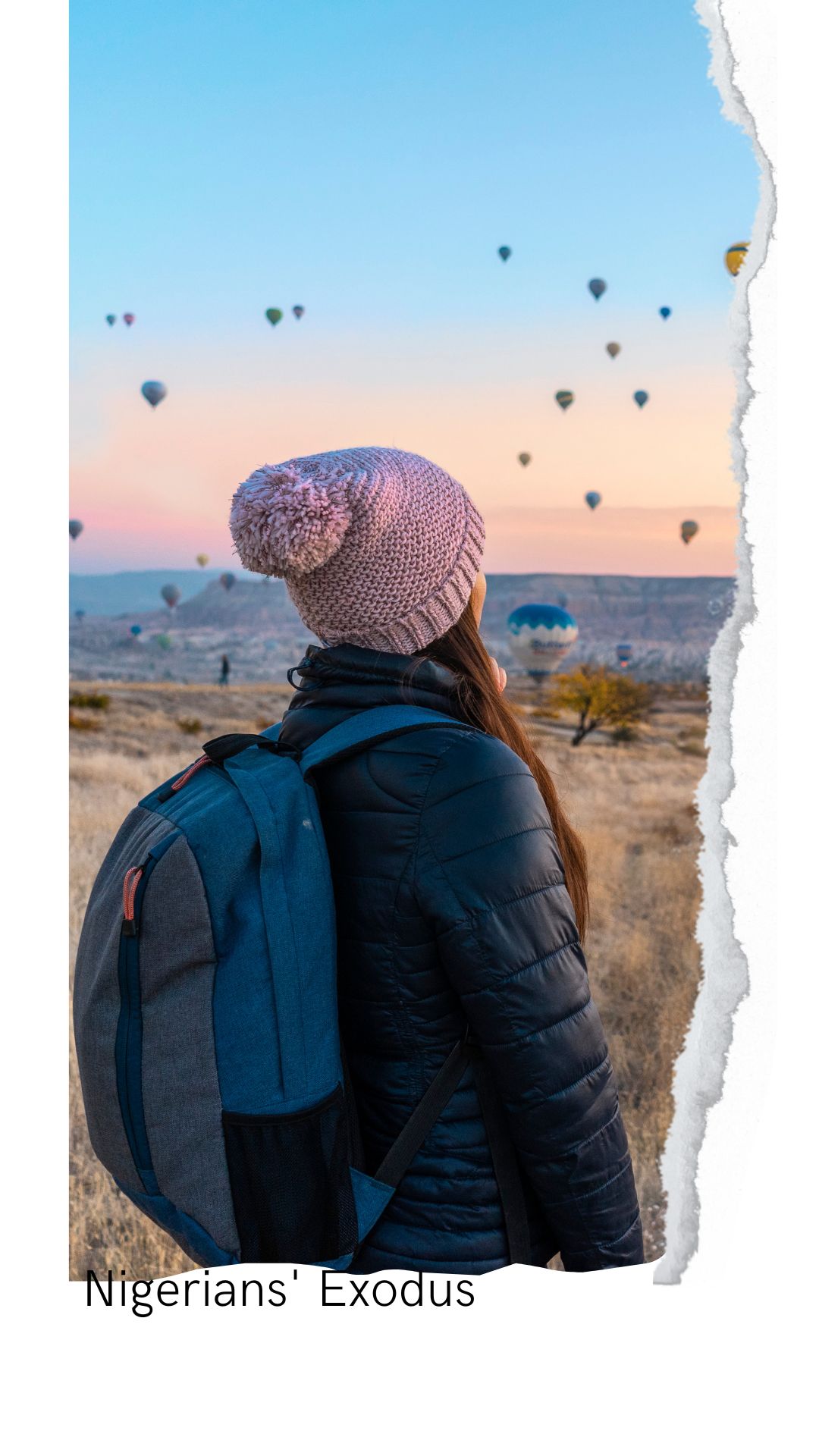 When a friend or a family member says that they have left Nigeria and are now abroad, it is no longer news. What might be news are the various circumstances surrounding their departure; in other words, the reason why they left, as well as when they departed.

Something surprising to learn is that there is a significant gap between when people leave and when their loved ones are aware that they have gone. Let’s see how understanding the Nigerians’ exodus from the country with this gap affects social interaction. Is there even an effect  in the first place?

When it Began and Why

Nigerians’ exodus began as early as the 20th century. While it was mostly for better job opportunities, in recent times, the same applies but coupled with a more peculiar reason; the rising problems of insecurity. People are beginning to feel more unsafe in different regions of the country because the kidnappings and bandit encroachments are becoming severe.

The Fulani Herdsmen in the country are now notorious for raiding cities, small towns and villages, destroying the crops of the farmers, and going as far as killing the men in the community. A result of these heartaches and losses, many people feel any other place is significantly preferable to being in the country.

Dennis Amata confirms this in an article published on the Dataphyte website on January 12, 2022.

Status is another factor often overlooked behind Nigerians migrating from their country. There is a mindset that those who leave the country, especially those using legal routes, are more well-off than those left behind. Factors like these can single-handedly increase the number of those leaving the country. Parents use it to boast about their children who study or work abroad.

Sadly, it does not matter to the people leaving if the country they move to is smaller or bigger than Nigeria.

Recently, poor governance has plagued Nigeria and is affecting all spheres of the economy. When people lose faith in their government to care for them and cater to their general welfare, some prefer to go elsewhere with guaranteed better governance.

Number of Nigerians Getting Out

Knowing the exact number of Nigerians who are leaving the country on a daily, monthly, or yearly basis may not be possible. However, Geoff Iyatse from the Guardian wrote on May 20th, 2022, that 89.87% of Nigerian youths prefer to study abroad. Statistics like these show young Nigerians are overwhelmingly interested in leaving their country. This figure represents those for educational purposes only, but some desire to migrate for other forms of comfort, such as for emotional stability or better finances.

People who have remained may even try to leave, inspired by those who have already done so. Is anything wrong with this exodus occurring in various forms and reasons? While the question is interesting, the main focus here is examining how social interactions are affected.

Being Told Before or After Departure

Although Nigeria is not among the most superstitious countries, Nigerians lead very superstitious lives. One such superstition is that if someone is not careful about whom they speak to while planning to go abroad, the plans might fail because some people are capable of certain powers that enable them to do such.

Given this scenario, people hide their travel plans from their loved ones. Someone might see a man today, and by tomorrow he is gone from the country, and not once does he mention emigrating the day before.

Superstitions such as these have led to quarrels among family members and friendships ending.

The Attitude of Those Gone Versus Those Left Behind

Sometimes, changing attitudes from those leaving is why there is a shift in social interactions. People leaving the country see it as an opportunity to begin anew and leave their past in Nigeria. In forgetting their lives, they forget their loved ones entirely. Those left behind find it hard to get along with the people who have left them, so they shut them out of their lives.

As this well-known quote from Al Hoffman and Dick Manning goes, “It takes Two to Tango.”

Who Should be Blamed?

Since we’ve established that it takes two to tango, should any of the parties involved be blamed for the effect the exodus of Nigerians has on social interaction? I don’t think so. If both parties are ready to work hard on valuing human relationships, there would be less stress on social interactions.

Generally, there is nothing in life that stays the same for long. There will always be people emigrating out of their country, whether it is under good or bad circumstances. Some people may even decide to leave their home country for no other reason than to do it before a certain age, and nothing is wrong with that. Don’t give people power over your lives to determine where you ought to be or not. While you have every right to enjoy Freedom of Movement, you should not carry any ill will towards those around you.