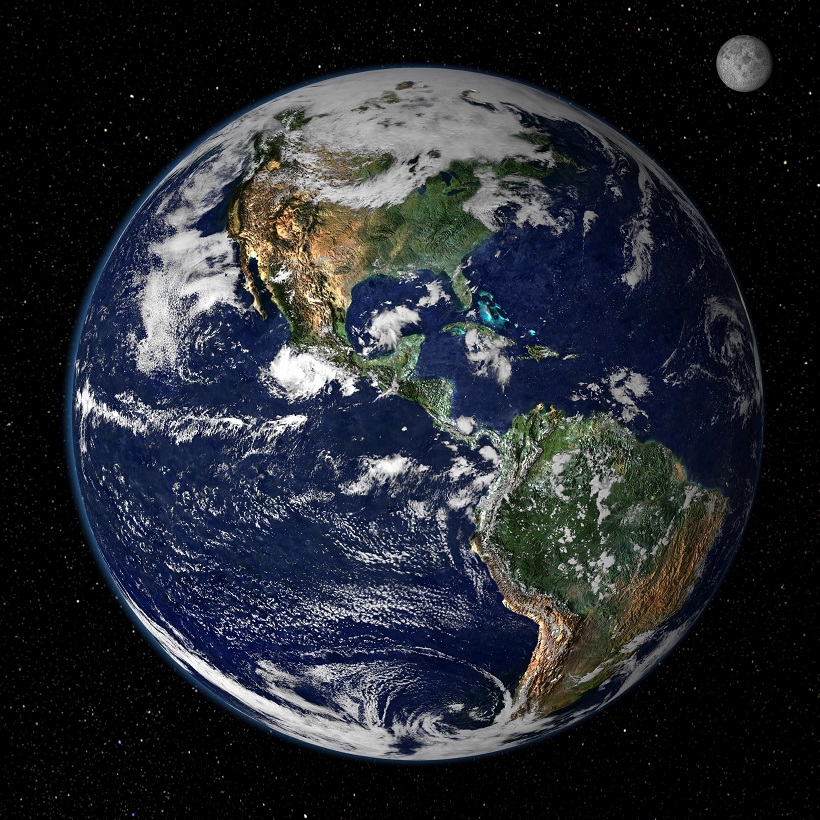 “Politics, economics, the arms race - they're all just arenas for meaningless competition. I'm sure you can see that. But the Earth itself has no boundaries. No East, No West, No Cold War. […] In the 21st century everyone will be able to see that we are all just inhabitants of a little celestial body called Earth. A world without communism and capitalism... that is the world I wanted to see.”

Thus spoke the Boss, a character from “Metal Gear Solid 3 - Snake Eater” (published in 2004 by Konami), by Hideo Kojima (August, 24th, 1963 - ). The game itself is set in 1964, during the Cold War between USA and USSR. It presents the player character, codename Naked Snake, with the mission to infiltrate soviet territory to take down some former USA military personnel who defected to USSR as well as recover some documents they took with them to some military installation in enemy territory. Keeping the details of the plot at the bare minimum, the role of The Boss in such a scenario is that of mentor to Naked Snake: conversations in various stages of the game attest to the future The Boss is dreaming and would like to see realized: one where everyone respects the will of others while believing in his or her own, and where there are no borders dividing people as well as no need to wage war over them. The world is whole, as opposed to fractured and engaged in conflict and violence.

In a completely different field, Peter Singer (July, 6th, 1946-) formulated the concept of a so-called “expanding circle”: the idea that the moral consideration we reserve for their living beings (both human and non-human) can be expanded in time to include new subjects (and has been expanded in time already). The cornerstone of such a concept would be this: we share with every other human being (and with non-human animals at large as well) the capacity to suffer and the interest (common to all) in avoiding or minimizing our suffering. One of the focal points of Singer’s argument is that shown in On the Origins of Species (first printed in 1859) by Charles Darwin (February, 12th, 1809 - April, 19th, 1889): there are no privileged ancestors of humanity to be found. As a species, we evolved much like everything else on the planet. As such human beings don’t deserve any special treatment for the mere fact of being human (whatever significance that word might entail).

The concept of an expanding circle takes root in the idea of the historic plasticity of human morality, the boundaries of which have been progressively stretched and expanded (hence the name) to include groups of individuals that were beforehand simply left outside the field of moral consideration (and as such were cut off from some rights and possibilities acknowledged and offered to those inside that space). Singer himself would go on to state his hopes for the further expansion of such boundaries, up and including non-human animals at large: much like we recognize some privileges to some very specific non-human animals (cats, dogs, and pets in general, for example). We should strive to come to a point where we recognize similar privileges to life forms that are different from ourselves and the pets we are used to having around. Such a perspective would have humans (in time, step by step: it is all about progress after all) abandon the consumption of meat, for example, as well as the exploitation of animals (both human and not).

What makes a difference between suffering human beings, then? The main point in Singer’s argument would be that the difference lies in the boundary of our circle of moral consideration, which determines the chance to consider some individuals inside or outside of our bubble (which in turn defines them as bearing interests in the same manner as us, and as being worthy or not of our consideration). It is a matter of the observer recognizing the suffering (and the desire to avoid such suffering) of the one being observed as something they share. If such understanding can be achieved, the circle can expand; if it can’t, the size of the circle stays the same.

Just a few centuries in the past, for example, such an idea was used to deny the chance to recognize a suffering slave as being the same as a suffering citizen (or a suffering woman as being the same as a suffering man, and so on; the list is somewhat long at this point in history). The differences used to lie not in any constituent part of either the slave or the citizen, but it was “simply” a matter of perspective; whether one would recognize or not the suffering of the slave as meaningful used to depend on how expanded the circle of moral consideration is in the perspective of the person observing the scene. Luckily we are somewhat past that point at this stage: if nothing else, we can take some pride in recognizing that we have expanded the circle already and pat ourselves on the back for our accomplishments. That it has been expanded in the past, though, means that it can be further expanded in the future.

There is still work to do: even before tackling lofty goals such as the end of animal exploitation, great swathes of humanity are still kept outside such a circle, despite our best (though such definition is debatable) efforts to include as much of our fellows as possible. To make the dream of The Boss a reality and allow ourselves to respect the will of others while believing in our own will, of course, will take time and will be difficult: there’s no denying that. Difficulty does not make the objective any less worthy of our efforts: in a world twisted into one of merciless competition, empathy is a tool we can use to peek into a different future. It may be a good idea to begin looking up to our fellow humans and work their wishes into whatever picture we will paint: as The Boss herself told us, “[...] the Earth itself has no boundaries”.