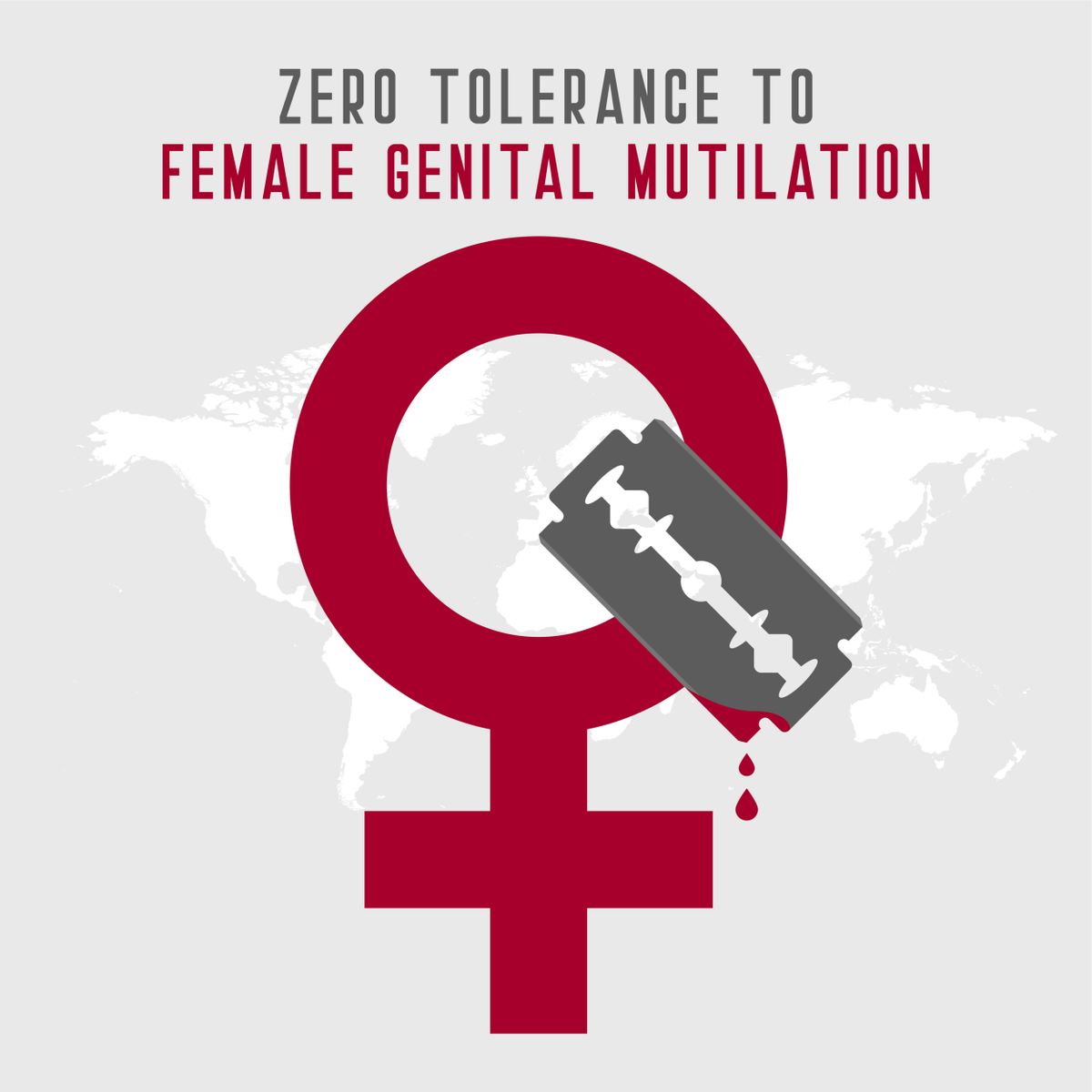 Female genital mutilation is the act of removing or cutting a part or all of the external female genitalia for non-medical reasons. It is a violation of human rights against women, it reflects sexism, a brutal type of prejudice that still permeates our society as a whole. It is practiced, in particular, in conservative and religious circles. An extreme form of discrimination, it has no health benefits and can only cause serious harm.

The practice — considered a ritual is mainly carried out on girls under the age of 15 in countries like Egypt, Eritrea, Ethiopia, Gambia, and Somalia. In Sierra Leone, 83% of women aged 15-49 have been victims of genital mutilation, according to the 2019 Demographic Health Survey. To this day, more than two hundred million girls and women alive have undergone FGM in 30 countries in Africa, the Middle East, and Asia; sadly, many have died, and three million girls are estimated to be at risk of FGM annually. The UN hopes to eradicate the practice by 2030.

It is classified into 4 major categories, based on how invasive the procedure is on young women. It includes the total or partial removal of the female genitals, or consists of piercing, incising, and pricking them. Women who have experienced the trauma, refer they feel like living in a dead body, one they do not own, one they cannot control.

The procedure can have both immediate complications and long-term ones which have the capacity to wholly and negatively affect the life of the victim. The latter can experience severe pain, excessive bleeding, genital tissue swelling, infections, fever, urinary problems, shock, and not infrequently, even death. If the girl survives all these difficulties, she will still have to face a series of negative consequences that will characterize the rest of her existence; menstrual problems, pain during intercourse, increased risk of childbirth complications and newborn deaths, bacterial infections, need for later surgeries to fix the skin, psychological disorders, among many others. Treatment of health complications costs 1.4 billion USD per year, by 2047 it is estimated that the costs will rise up to 2.3 billion USD if no action is taken. So, FGM is not only dangerous and hurtful but also costly.

Female genital mutilation does not only impact physical but also mental health. Women are prone to develop low self-esteem, anxiety, depression, and post-traumatic stress disorder, and are therefore more likely to drop out of school, marry very young, and commit suicide. If the girl escapes death, and medical complications (extremely rare), she will still be left with the conditioning that she is inferior, that she is nothing but a plaything, a piece of flesh for men to enjoy. She will grow afraid of speaking up, in the shadow of a man who will not love her.

Behind this disgusting, barbaric, and atrocious practice, are reasons rooted in patriarchy and in the belief that only males can experience sexual pleasure. It is considered a social convention. Families feel the need to be socially accepted, and very frequently even if scared or contrary to the practice, do not oppose it because they fear the possibility of being rejected by their community. Moreover, it is viewed as a cultural tradition passed down from one generation to another, which is part of the common heritage shared by the entire group, conceived as a way of preparing girls for adulthood and marriage, meant to ensure marital virginity and fidelity. There is also the conviction that women in that way are pure feminine and clean, thanks to the removal of body parts considered dirty, male, and a symbol of sin.

Nowadays the so-called medicalization has increased in frequency; doctors or medical experts are performing FGM, with the belief of preventing possible negative consequences, but non-governmental organizations, feminist movements, and especially the World Health Organization highlight the fact that even if safer, the procedure cannot, in any way, be legalized. Legitimizing it would indeed mean that we as a society believe that women should not have rights over their bodies, no right to enjoy sex, but remain an object at the disposal of men.

Over the years, different countries have outlawed FGM, with Gambia and Nigeria recently and finally banning it, but much more needs to be done. Unfortunately, this topic is not very well known, and this contributes to its continuation; the less we speak about an issue, the fewer people know about it, the less awareness there is, and the less improvements can be obtained. People around the world need to know about this practice, they need to come together, campaign, and raise their voices for the protection of a fundamental human right. We need to be there for these women because as long as even one girl will be a victim of such a convention, any fight for gender equality is going to be lost in the first place.

In developed countries, it may seem absurd that such brutality, could even be imagined, except in truth, this act is destroying the lives of young girls. If we turn our gaze the other way and let this phenomenon escalate, tomorrow we would be next. We need to act now and push for laws criminalizing female genital mutilation.