The impact of abortion 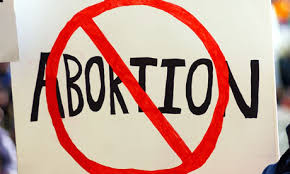 The abortion debate has been going on for decades. As a Christian, I believe murdering a child is wrong. It is against the law. Many people say, “Its just a clump of cells”. A baby is life and a beautiful blessing. There are so many parents who can’t afford children. There is an endless amount of money, parents spend to have a child. The times where parents spend money of IV treatments or having a surrogate is the importance of starting a family means the world to them. I am sure you have heard the law of abortion being legal with Roe vs Wade. It makes no sense. Planned Parenthood is the most leading organizatin that promotes access to health care for women and access for pregnant women to have an abortion in at 24 weeks. 24 weeks ?, I would say that is outrageous.

In 24 weeks, the baby is already formed. Planned Parenthood says, “Roe v. Wade is the case that legalized abortion in the United States. But ever since the ruling established the right to abortion, it has been under attack”.This debate of abortion has been going on for too far. For PlannedParenthood to support murdering a child is just insane. This organization that is supporting of taking a life away from society makes no sense at all. There are many people that say, “My body, my choice”. What good does that do ?. It does nothing at all. Many politicians have been debating this topic and creating laws that struck down this incident.

For this organization to give access in murdering a child just for the woman who doesn’t want to keep the child does not add up to me. I believe Planned Parenthood needs to be shut down. African Americans are the leading race that are being aborted. As an African American woman, it hurts to see many black babies being murdered. Planned Parenthood does not care about healthcare for women, the organization only cares about the profit they make from killing babies. Women of color are also affected by abortion than white women. It hurts me to see miniority women being affected by this. No women should be involved in murdering their child.

With Planned Parenthood being an abortion clinic, it is easy for women who aren’t ready for children. The organization is giving a free pass to them in killing a life. Children are a gift of God, even though I am not a parent, murder is wrong. Muder is against the law. Abortions can be dangerous causing the woman to die and cause complications for the pregnant woman. Many woman who experience a terminate pregnany, will feel guilty affecting their mental health. Many woman experience these sympthons, which is not talked about. I believe the affects of an abortion should be spoken about because it is affecting a woman's body and society seems to hide physical, but also mental health.

The Pew Research says about the abortion debate, “Several states have introduced or passed new restrictions on abortion in 2021 with an eye toward giving the Supreme Court a chance to overturn its decision in Roe”. It is great to see how states are stepping up in banning abortion. Seeing how this goes will bring about a debate of life. Many people will decide weather they are for or against abortion. Making laws in banning abortion should be neccessay since muder is a very controversal topic. No matter the circumstance, a human life is a human and shouldn’t be taken away from society. The organization, Student For Life Action and Students For Life of America take to the supreme court in addressing awareness about abortion and the matters of violence towards babies.

On their websiste, they explain, “A post-Roe America is coming whether the abortion lobby likes it or not, and they cannot be enabled to wreak havoc without consequence”. The organizations goal is to address an issue about wanting woman to feel safe. They want to provide a safe place where woman can have resources for their child. They organize in rallies and protest across the world fighting for woman rights. The young generation is going to change spocety weather the supreme court does not like it and are a voice for silnet women who believe in abortion. They are supporting in the ban of abortion without being involved in a violent way.

As a young woman, I am strongly agree in protecting woman no matter the circumstance. No child should go through the process of being aborted by their mother. In my opinion, those who support abortion are supporting murder such as PlannedParenthoood. Those who support abortion should be ashamed about killing babies. A human life is precious and babies belong in the world where they can make a difference to society one day. I am against abortion and fighting for it means the world. I will advocate for women to have access to proper womans health and the care for their child. In the meantime, an abortion is illegally and as a young generation there needs to be a stand against Roe vs Wade.