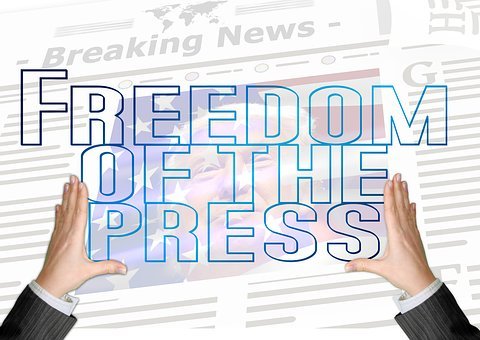 The status of freedom of the press in the Indian Constitution has been a debatable issue through the Supreme Court, and some High Courts have attempted to interpret it in various cases. The section on Fundamental Rights is such a feature that prescribes citizens' natural rights as well as a judicial remedy in case of any violence by the state. And in the core of these fundamental rights is the ‘Right to Freedom' which even includes the Right to Freedom of speech and expression.

In India, freedom of the press is not explicitly given in the Constitution, but there is a part of it in the right to freedom of speech and expression. Unlike the United States, where Freedom of Press has got a special mention in the constitution. In fact, press is an amazing medium through which truth is revealed to common people. However, the press cannot function properly if not given its freedom.

What Exactly Is Press Freedom?

In simpler words it means the right to publish and disseminate information, thoughts, opinions through the means of newspaper, magazines etc., without being controlled/restricted by the government or prior censorship.

To be more precise, a free press alone can safeguard the principles of democracy, culture, integrity, and friendly relations and is the fundamental right of the citizens of any country. Jawaharlal Nehru once said, "I would rather have a completely free press, with all the dangers involved in the wrong use of that freedom, than a suppressed or regulated press."

Thus, freedom of the press in India means

• There will be no pre-censorship of the press.

• There is no pre-stoppage of publication in newspapers of articles or matters of public importance.

• Freedom in the volume of news or views

• No excessive tax on the press

• No indirect attack on the press

Yeah, at times during an emergency or War, government can impose pre-censorship or few restrictions upon press for the safeguard or well-being of the public and the nation. And those restrictions imposed are first examined by court to see if it is reasonable or not.

As freedom of the press is a comprehensive right, it also includes the right of access to the source of information. Although in India, information has not been an easy thing to get and its accessibility has always been questionable.

Moreover, the celebration of World Press Freedom came as a reminder to government institutions around the world to uphold their commitment to ensure a free press in their respective countries. The press is the reason that governments are subjected to their duties, as the press monitors every action of the government at all levels.

But why freedom of press /free press is important in nation? And why does it need a special mention in Indian constitution too.

The Importance of Press Freedom:

The press is the only medium through which this checking and balancing of the administration of government is done. And it is the first one to raise its voice against crime, corruption, and fraud. If the press doesn’t do their job, i.e., reveal the truth, then the government will be in absolute power and do what they wish without letting the common people know or find anything. This way, people will always be in the dark and think the government is doing right.

We all trust the press as it verifies everything, with evidences, before publishing it anywhere. And if press’s liberty is taken away, they cannot do their job. Press helps voiceless people get their voice and stand up for their rights and if press is suppressed then people lose their voices. Resulting, uninformed and powerless citizens in the country.

Why do you think government or other authorities suppress press, threaten them? Because they obviously have something to hide and doesn’t want anyone to know about it. Again resulting, people getting manipulated.

Thus, freedom of the press is the way to keep the government in check. Also, it's the public’s right to know what’s going on around them. Taking the liberty of the press is also taking the rights of citizens.

Even in the constitution, Indian parliament passed Freedom of information Act in 2002, which clearly states that every citizen has been provided freedom to secure access to information under the control of public authorities. This is because it is done in public interest and in order to promote transparency and accountability in administration.

• Freedom of the press has got its own special mention in the constitution.

• No restrictions are mentioned under freedom of speech.

And with respect to India, no specific mention or provision is given to ensure freedom of the press. The primary difference between the two countries' freedom of speech is that in the US, even if the ideas or articles are offensive, hurtful, or racial, they are not suppressed by the authorities and the press there is able to express them freely. While in India, freedom of the press is given to an extent, or we can say, limited. And if the press here crosses that limit, they get threatened, suppressed, or even blackmailed.

Lastly, I would say that to preserve the democratic way of life in the nation, freedom of the press and freedom of expression are essentially important to ensure that their views reach numerous people without being threatened or suppressed. Although India does need to make a separate provision for freedom of the press.