The Importance of Public History: Truths and Narratives 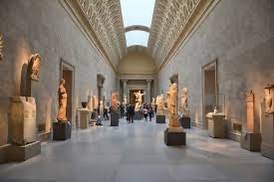 Public history finds itself being regarded as a contentious field in specific contexts. This mainly occurs concerning how it is utilised. Winston Churchill once said that “Victors write history.”

This has never been truer than it is today. Governments in power often can rewrite national narratives, which shape community memories. Such harmful narratives have a negative effect in that they can be inaccurate depictions of history and people. Indeed, public history can be employed as an effective means of state control. Governments are often responsible for sponsoring and maintaining public history organisations such as museums, galleries, and even media. This ultimately gives them control over what the public consumes and accepts as ‘fact.’

Public history often becomes a political matter in that state-endorsed historical products contain and promote particular perspectives and interests while consequently marginalising others. Historian Edward T. Linenthal raised concerns about the potentially harmful utilisation of forms of public history, arguing that often the public turns to the historical record not to engage in dialogue but because they seek ‘victory’ or historical narratives that suit a certain agenda.

The use of public history in creating harmful narratives has recently been demonstrated in India with the release of the film ‘The Kashmir Files,’ which claims to be a retelling of the Kashmiri Pandit exodus that occurred in 1990. The exodus displaced an estimated 90,000-100,000 Kashmir pandits from the state rendering them refugees in their own country.

However, the film has garnered criticism for being a highly biassed narrative of what occurred, especially because many Kashmiri Pandits have admitted to being unsure of the cause and impact of the exodus. Indian Prime Minister Narendra Modi stated that ‘the film has shown the truth which has been suppressed for years. The truth prevailed in “Kashmir Files”’.

In opposition, Sanjay Kak, a Kashmiri Pandit and documentary filmmaker, rebuked these claims, saying there was ‘little clarity’ regarding even the most ‘elementary things’ within the Pandit community. How, then, could it claim to speak the ‘truth’? Kak believes the film’s version of the truth was dangerous.

The implication that this film acting as a form of public history reveals not just a ‘truth’ but one that had been suppressed in the past immediately implied that the public had been taught a wrongful historical narrative regarding the exodus. Kak believed that the film only furthered the polarisation between the Hindu and Muslim communities in India and served the political interests of the ruling Bharatiya Janata Party or BJP who derives most of their voter base from the promise of a Hindu nationalist state, corroborating Linenthal’s theory of historical records serving to suit an agenda.

Similarly, history has often sought to erase the LGBT community from its record. Western colonialism has been one of the leading causes of this, with colonizers forcing inhabitants of their colonies to subscribe to both heterosexuality and a strict gender binary, denying and oppressing the range of sexualities and gender identities that were prevalent in pre-colonial times. Many tribal cultures in Africa did not believe in conforming to gender identities and even resisted assigning their child to a certain gender till they were older. In India, Hijra communities though celebrated in Hindu scripture and Mughal harems, find themselves on the fringes of society in modern India. Sadly, many are forced into illegal sex work or begging on the streets.

British colonialism and missionary work which became ingrained into colonies is the main reason these non-heteronormative identities are alienated in socio-cultural and legal aspects. This extends to literature and history books where homosexual figures and events were erased to prevent such ideas from being propagated as ‘normal.’

This proved highly harmful. While the LGBTQ community has become much more visible in the last few years, many of them are criticised for being a part of a trend of Westernisation and modernization when the opposite couldn’t be more accurate. Such identities have always existed, just not in the historical record.

The way forms of public history can propagate and solidify certain harmful depictions as historical truth are signs that public record and its utilisation needs to be regulated. And members of communities who experienced or are knowledgeable about certain events and gatherings need to be more involved in these narratives. It is only then that the telling of public history will slide out of the hands of the victor and perhaps into those of the oppressed and marginalised.

What Shapes our Beliefs?