The Jarawa - The Primitive Tribe 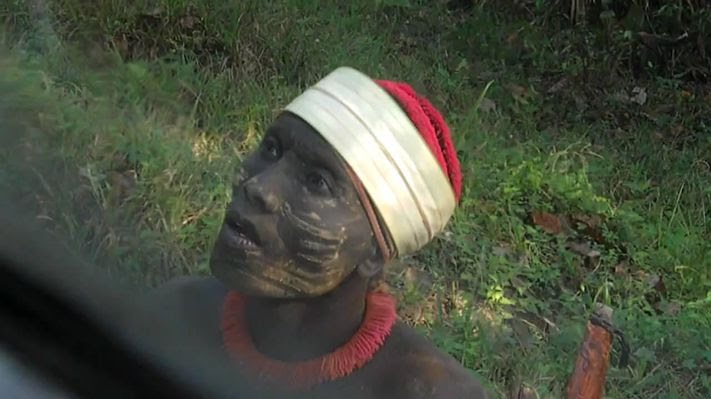 The Jarawa were here; they are here, but will they be in the future? The first impression one might get from the Jarawas is that they may initially be from Africa, then how come they are in the Andaman and Nicobar islands? The Jarawa are the original primitive man and are said to be the first humans to leave Africa. The Jarawas are known as a warrior tribe, the people of the earth, and the hostile ones. They are hunters and gatherers and depend entirely on forest and sea for food. They consume wild pigs, fruits, and honey daily. It's not a surprise that they are completely naked. However, they wear ornaments made of seashells and leaves.  Kadamtala, a place located about 90km from Port Blair, is their home. The Jarawas have been living here for the past 30,000 - 50,000 years.

Until the 18th century, the time of British colonialism, they were a peaceful tribe with no idea about the outside world - they led a peaceful life within their territory and jungle. They were abducted, forced into slavery, and died when they contracted new diseases. According to historians, the Jarawas had a brutal war with their arch-rivals, the Great Andamanese, where many tribespeoples died.

The population of the Jarawas is grim - about 468 approximately. In 1901, with the advent of colonialism, their population declined to 70. Although their population has slightly increased now, it is a matter of great concern. The Jarawa's population was more than 10,000 in the 18th century, but years of exploitation and uninvited guests have worsened things. The Supreme Court, in 2002, made several restrictions to travel in the territory of the Jarawas. Places we were never meant to visit or people we were never meant to meet. The Jarawas have been maintaining social distance for a long time.

What is shocking is for 40,000 years, the Jarawas have lived and survived without anybody's help, just like the Onge tribe and the Great Andamanese, which are on the brink of extinction. Will there be another extinction? They are not us, they have been described as diminutive, barbaric, cannibals with dark skin and curly hair, but the reality is different. The Jarawa had to take up bows and arrows because the British exploited them. The hunters and poachers forced them to consume alcohol and drugs, and the tribal women were sexually abused. The concept of slavery is not new, but for the Jarawas, it was when the Britishers chained them up for their entertainment.

It was back in 2009 when regularly, hunters would kill wild pigs, the Jarawas' staple diet, and disrupted their life. They had to resort to killing deer for food, which the women do not prefer. The Jarawa gave many warnings, but the hunters and poachers did not listen and were killed. Some would say that what they did was criminal, but what options did they have? They had made it clear that they don't want outside interference.

The new world was quickly fascinated by these indigenous people. The Andaman Trunk road became a human safari, with new roads, tourists, and infrastructure for tourism. The Jarawa's identity, culture, way of living has been hit by the outside world, with new diseases, tourism, and racial discrimination. Contact with the outside world has repercussions. They are hunters and gatherers, but their way of living has been disturbed. It is to be noted that many Jarawa women have started wearing clothes, while men have started using watches and wearing T-shirts. Families are using metal pots, and tribe members are wearing hats and using plastics daily.

Their culture is unique, and they love and honour nature. The Jarawas only take what they require, not more than that, from fetching honey to fishing and making baskets. The women paint men's faces with clay as standard make-up. They have been here before we were born. One Jarawa tribesman stated, 'We look different from you, but we are all good' -a stern message to the racists projected towards them. What we need to understand is that this indigenous tribe does not need any outside interference neither they need our help, they have been living by themselves and are doing just fine. They want to live a secluded life. They were, are, and will be here if humanity lets them live in peace.