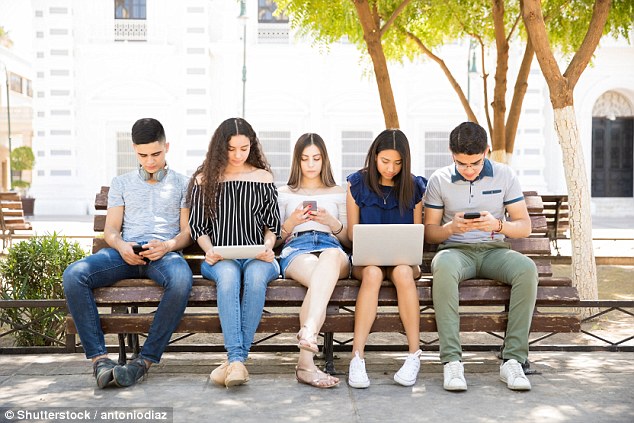 Born after 1996, the generation which has taken over the internet and is “woke” is more liberal than the other generations. Don’t get me wrong, liberal here doesn’t stand for a political ideology but for its literal meaning, being more accepting and tolerant of different opinions and behaviors.

Teenagers are known for being rebellious but the gen z goes against the norms and are rebels with a perspective. This generation looks at the world from a very chilled-out angle. This also makes them question the existing beliefs and system. Every generation is known to be more modern and ahead of the previous one but this generation is thinking about things nobody questioned before.

Entering their adulthood in a pandemic might make them distant from the real world and more internet-friendly but they use it to make a difference. Of course, you can see people dancing and singing on random reels but social media wouldn’t have been the driving force that it is today without these young minds.

They are open to new ideas and fearless to disregard things even if they were preached for centuries. They don’t stick to traditions and might even rip some of them apart. Younger generations have always been critiqued for not sticking to roots but sometimes it is for the better. The gen z does not oblige to age-old customs which can be as personal as adding their mother’s name or surname instead of the father’s to something as bold as being vocal for the LGBTQ+ community’s rights.

A lot of their ideas are influenced by the west because of the exposure they have. The internet enables them to connect with like-minded people globally. Let us look at some of the things gen z is unapologetically woke about.

Gender issues: Seeing youngsters participate in the pride parade is a common sight these days. But that’s not all. These people acknowledge the fact that gender is an umbrella term and are very open to other people’s sexuality. Basic things like having the courtesy to ask the other person’s pronouns before assuming it based on their looks and being non-judgmental about how a person identifies themselves state that this generation is the closest to normalizing the diverse gender norms.

Political opinions: Gen z is also politically very active. May it be a Twitter trend or via memes, they do not hesitate to attack someone or to appreciate them for their political statements and work. Quite a lot of the Gen z are liberal in terms of their political ideology. They do not comply with the elderly’s political beliefs but have independent thoughts about the country’s governance. Student politics and protests at national universities are on the rise. But it’s not just about showing up at protests but the political discussions at cafes, libraries, hangout spots and WhatsApp groups show how opinionated this generation is.

Activism: Gen z’s activism is not limited to the political domain but it’s for everything problematic, may it be social justice, climate change, animal rights, mental health issues, police brutality or anything else. Social media provides them with a colossal platform for their activism but there are many young people running organizations at the ground level. Generation z for sure believes in making an impact, no matter how small it is.

Agency of choice: The concept of self above others is also prominent among the gen Z. They are all for individual choices to have an unconventional career or switch careers, express themselves the way they want, have their distinct sexual identity, to hustle, or take time off for a while. They have the discretion to decide things for themselves more than the millennials who are often caught up in societal pressure.

However, the woke culture, which the gen z propagates is also criticized as it is said to promote liberalistic extremism. Some say that they create insignificant problems and try to tackle more of the useless problems than the real ones. This is making the current generation more sensitive and rebellious. This generation is also blamed for romanticizing the idea of being sad and lonely, ‘sad boy hours’ for example!

Regardless of differing opinions on the utility and rationality of gen z’s liberalism, we cannot ignore the fact these people are making things more acceptable and accommodating of distinguished beliefs and opinions and they do not shy away from speaking up for or against anything they find making an impact.