The Lookout of Child Trafficking and Abuse in India 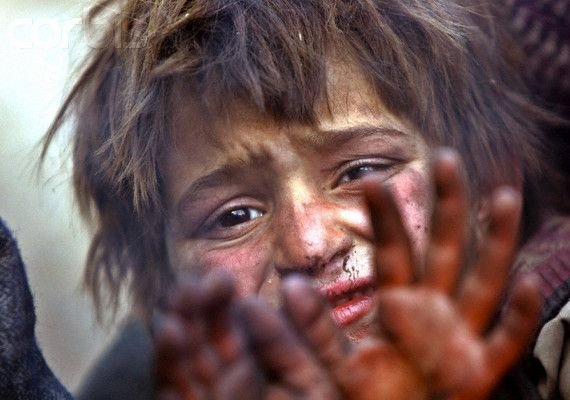 Most of the children that we see in child trafficking and abuse cases come from impoverished families. According to NCRB of India, Every year at least 40,000 children get kidnapped or trapped by people schemes. How does this framework work? As those families do not have enough funds to live a simple life. They are living in a very dire situation. So, when someone offers an opportunity to earn money. They have to choose between two options either send their child to a job or dies in starvation. The opportunity comes in the face of a job for their children with very enough pay that drags their family from poverty and leads a simple life in a society. Those chances always presented by someone they know so, no one suspected the real motive behind those opportunities. Parents agree to the terms of those jobs and send their children to traffickers. After reaching the site of a job, they become enslaved and never meet their families again after that time. These children experienced many forms of child abuse like labor or prostitution in bonded labor, begging, child soldiers, and the sex trade. There are also cases when parents sold their kids to the market for some money. Whether kids get kidnapped, taken from home, or sold in the market they all ended up in the hands of traffickers who later go to the different abuse markets.

It is a well-formed network of the system as soon as the child comes into the hands of traffickers. From there, they have gone to either the labor market or the sex trade. One can found child laborers in industries like brick kilns, carpet factories, cleaning services, garment making, food services such as tea stalls and Dhaba, agriculture, fisheries, and mining. Girls often ended up in sex markets where they are exposed to prostitution, forced into marriages, or illegal adoption. The rough estimate of 40% of prostitution is by children. In recent times the online production of child pornography has thoroughly increased. A child is those markets got exploited both physically and mentally.

The main causes of a child come into trafficking rackets are poverty, a lack of education in a family, and the need to support a family in financial crises. How many times do we saw a child in teen and pre-teenagers working in a family of our known person? Very often! Because child labor is usually cheap and works hard. Child in domestic space experiences abuse, sexual assault and usually left unpaid. Seeing children works in tea stalls or Dhaba is like a trademark of Indian local eateries. In India, one can find beggars on every road and area of the country. Most beggars are children. A child is seen as more vulnerable by people and can easily earn more money if they are disabled in any kind. They are also easily tricked to give up their organ. UNICEF said there is an increasing number of child militants in anti-government groups. They come very handily in the works of spies and messengers. Many times, children ended up unpaid work in the agriculture field or factories due to the overdue debt settlement of their families. Children in these trafficking markets are putting through violence, sexual exploitation, and HIV infection.

How do we help to stop child labor and trafficking?

Child Trafficking firstly deprived the child of education. Then they torcher them from physical, mental, sexual, and emotional well-being. It needs to stop to save the lives of those children and the future of countless others. They have the right to experience their childhood, teenage years, and adulthood. They had a right to be educated and create a future for themselves.

The Pangs Of Child Mortality In The Society

Recovery Rate Of Children With Coronavirus-(Covid19); What Every Parents Needs To Know