The Need For Sex Education In India 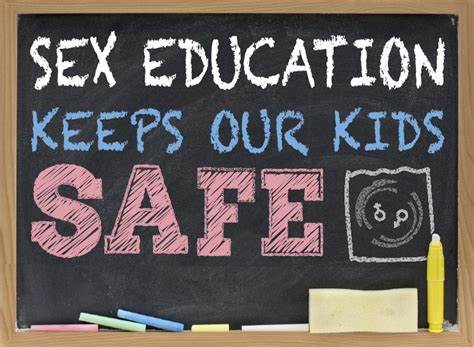 While teaching a specific chapter of Biology subject in the class, the teachers ask students to go through it by themselves and let them know if they've doubts later. The students laugh and giggles among themselves reading the topic, which reads " Reproduction". A man goes up to a medical shop to ask for "protection", and all eyes turn towards him with looks of anger and disgust. A girl becomes pregnant without being married, and the whole society shows up her gate to blame her.

These are just a few incidents that show how important is sex education for society and for the students who are day by day turning into adults fascinated by the word sex but unaware of sex education. As the myth suggests, sex education is not about increasing sex or motivating young adults to have sex; instead, it's the opposite. It's about the instruction to issues regarding human sexuality. It includes a vast scope other than just sex and pregnancy. The education of the topics related to sex, relationship, physical, emotional and social aspects of sexuality, diseases and all the necessary knowledge one needs to know about sex when combined in one and taught in curriculums is called Comprehensive Sexuality education. (CSE)

India has the fastest-growing population in the world and one of the highest rates of HIV infection. According to The Times of India, more than 50 per cent of girls in rural India are unaware of menstruation or what it even means. The children between the ages of five and 12 subjected to sexual abuse are fifty-three per cent, and most of them don't realise it until they're too old to understand what happened with them. In 2017, an estimate of 11.8 million teenage pregnancies occurred in India, which is 11% of the world's adolescent pregnancies. Some surveys even concluded that the rising rate of teenage pregnancies in India is a significant challenge that needs to be solved.

Telling teenagers and young adults not to have sex won't solve anything. They mainly think of themselves to be grown enough to make their own decisions and are fascinated about everything new to their discovery. One can teach them about how their body functions and the dos and don'ts about sex, the risks it carries, the problem one will face, and then it should be left to their conscience what they do with the education. People should be aware of what changes their bodies will face once they reach a certain age because it's their bodies. They should know if someone is abusing them or behaving with them improperly. They should have proper knowledge about the sex they could be attracted to and the ways to have safe intercourse. The knowledge about their body is and should be important to them. Also, everyone is quite aware that arrogance about a particular subject has never led to anything good.

One can't solve things if one doesn't have the proper knowledge. From developing a car to going on to space, human beings could fulfil these dreams because of the adequate education they received. Similarly, teaching about sex is necessary to solve the problems arising from sex, such as unplanned pregnancies, sexually transmitted diseases. Just to shut up and do nothing about these things won't solve anything. We need proper education about their sexuality and sexual rights. People should be aware of how their body functions, what will lead to what and how their bodies shouldn't be abused. This vital information doesn't come under any subjects but only one, and that is Sex Education.