The Neglected Ones: LGBTQ 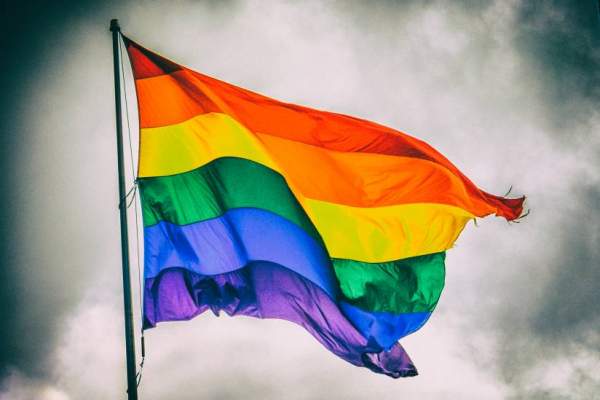 We're all born equal. God has created every individual unique and different from each other in certain aspects. From the very beginning, there’s a community that wasn’t accepted wholly and had to fight its way into society. It’s the LGBTQ+.

"What is straight? A line is straight, a building, or a street, but the human heart, no, it cannot be straight. It's curved like a mountain road.”

Everybody’s journey is individual. A woman can fall in love with a woman, and similarly, a man can also fall in love with a man. The reality is, most of us consider it a disease that says more about us than it does about homosexuality. Discrimination against gay, bisexual, and other men who have sex with men still exist in the world.

Most of the people in our society have negative attitudes toward gay, bisexuals, lesbians, etc. It can lead to rejection by friends and family, discriminatory acts, violence, and laws and policies with negative consequences. The discrimination can affect their mental health, seclusion from society, economic problems, etc.

June is LGBTQIA+ Pride Month, with this year marking the 52nd Anniversary of LGBT Pride events and traditions. The month of June was picked for LGBT Pride Month to commemorate the Stonewall riots, which took place at the end of June 1969. As a result, many pride programmes and events are held during this month to acknowledge the impact LGBT people have had within the world. Let this pride continue for life.

The queer community is associated with certain symbols, especially rainbow colours or rainbow flags. There are different types of flags to represent subdivisions in the community. According to Gilbert Baker, creator of the famous rainbow flag, each colour represents value in the community. For example Red is life, Orange is healing, Yellow is sunlight, Green is nature, Violet is spirit and Blue is serenity.

The community is struggling for equal rights and acceptance. Trans people especially face a lot of difficulties in finding acceptance. The queer community are looked down upon all the time.  People's prejudices lead them to think that they're odd and abnormal. Though nowadays, homosexuality and queer identities may be acceptable to more Indian youths than ever before. But within the boundaries of the four walls, families, schools and colleges, acceptance remains a constant struggle for the people in the community.

Being LGBT or in the queer community is neither a 'problem' nor a 'choice' as such. The individuals in the community are merely individuals who have sexual preferences that differ from what would appear to be normal, due to differing learned behaviours and having a personal mindset that differs from everyone else's.

Opposite gendered people have the right to live together in this society with respect then why not same-gender people who belong to the queer community?. It shouldn't be about what our religion says, it must be about what humanity says.

We need to give them a life with respect and dignity. Society should accept them the way they’re and not distinguish them as a community different from others. Even they have equal rights, they are also humans, they too need love and respect.

The term LGBTQIA+ has a history behind it. The struggle was always real and in our country, the first battle was when Section 377 from the 1860s stating that homosexual intercourse was unnatural and is considered an offence was taken down. The Right to equality was implemented but homosexuality remained an offence.

Later on August 11, 1992, the protest for gay rights started and from then to now the community has come a long way. The present situation isn’t flowery. We cannot imagine the hardships they go through in their everyday life. Humiliation for them, embarrassment for his/her families are some of the major problems faced by them.

But since some people are waking up to their needs, we can hope for a better future for them where perhaps, they will be treated just like you and me and will not have to hide their identities in fear of rejection.

The struggle hasn't ended neither the battles which are to be fought and so the voices are being raised and heard. And there would come a time when everybody would be accepted for who they’re. The motto of Love is something which the whole of humanity should stand with because every gender needs to be celebrated.