THE OTTs AS EYE OPENER- The return of "Content" through OTTs 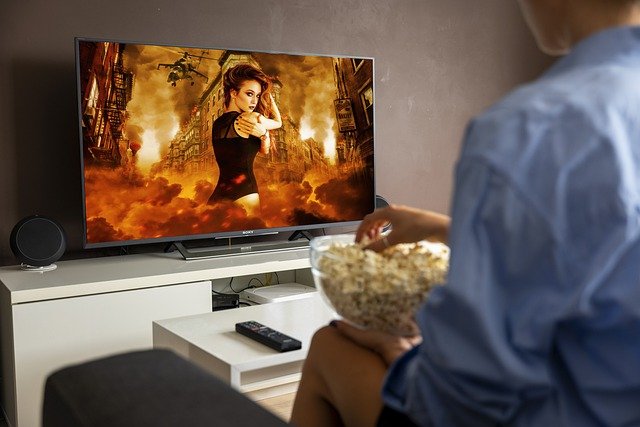 Satyajit Ray once said, "We have a fairly backward audience here." After his notable works were appreciated by the entire world except his own Land. He along with well known directors of that era claimed that we as an audience never understand the true face of "content". Maybe they were right. But, only if they were here to see how much we've risen from the dust.

Well, we've heard quite often that Content is King. I personally do believe in this as well. With the rise of independent filmmakers and "off beat" films in the nichè, the entire eye of the audience has changed not only for better but for the best.

The entire pandemic thronged a large part of the Indian audience to various well known OTT platforms, like Netflix, Amazon Prime, Disney+hotstar, Zee5 and many more.

It's not because of the fact that theatres are closed. It's because the entire eye for content has changed.

These multi-lingual OTT platforms have not only given a break from the masala films of bollywood but also paved a way towards old classics and different sectors of filmmaking. Most of the Series, Films, Short films have seen the light of the day because of its "different" take and approach to Cinema.

Indian have been into the liaison of filmmaking for hundreds of years now. It has seen notable works of filmmakers like Ritwik Ghatak, Mani Kaul, Santosh Siwan, Satyajit Ray, Mrinal Sen, Adool Gopalkrishna to name a few.

But, with the change of times. The river of Indian Cinema took a complete U-turn for its influence from the West. Directors of New generation, were more into the classy making of the film than the pure and genuine content of the film. Directors were concerned with box office hits more than the Art itself.

But this change of air, not only pointed out the flaws the audience were entertaining so far but also the way Film as an art must be treated.

The major OTTs brought back and put forth some different filmmaking styles that not only made their mongering game easier but also made the Audience aware of some good Art.

Serieses like Peaky Blinders, Dark, Money heist took over entirely. The race towards Content became more intense with some undefeated and underrated Indian Films like Blue umbrella, Rainbow Jelly, Udaan , I am Kalam, The Disciple to name a few. The unheard works of Rituparno Ghosh, Nandita Das, Tapan Sinha were revisited again. And it's not only about Indian filmmakers. Notable filmmakers like Martin Scorsese, Tarantino, Tarkvosky, and Nolan were brought to our dining room by these OTTs. And hence,

It's was a huge take on such international companies to put forth some unheard gems of Indian and World cinema before the entire world. Especially, in front of the Indian audience.

Thus, it goes without saying, this pandemic not only changed our way of thinking or our perspective but also taught us to appreciate the "good" art. With the rise of OTTs, one can only hope that we be never tagged as "fairly backward audience" ever again.