The precarious fate of farm laws 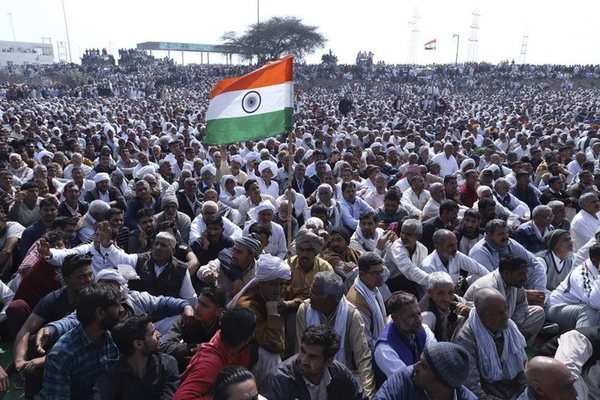 The recent government’s order to social media platform Twitter urging to block accounts spreading malicious false information, using impetuous hashtags inflated arguments related to the intervention of the government, obstructing the Fundamental Freedom of Speech. To understand this scenario, it is first essential to contemplate the reason for such trending topics pivoting on digital platforms that are being endorsed by influential personalities globally. The recent introduction of 3 Farm ordinances passed in both the houses of parliament and got the President’s consent was implemented in September, dragging several farmers marching to Delhi amidst pandemic. What the government expected to revolutionize the agriculture sector to benefit the farmers is now witnessing unexpected protests by farm unions across the country. The irony is the government withdrawing its interference from agriculture, augmented strikes. Interference on Social media, non-interference in agriculture evidently isn’t being received positively by people.

We define democracy as the form of government for the people, by the people, and of the people. But do recent actions of the government make it against people? Absolutely not! Section 69A of the IT Act allows the central government with vested powers to block content that threatens the security, sovereignty, and integrity of the country. The sovereignty of a country is its power and authority to decide with no interference from other states. Now, this isn’t the reason the government condemns the tweets of popstar like Rihana and climate activist Greta Thunberg. Rihana’s solidarity expressions towards Indian farmers’ protests dragged eyeballs from every corner of the globe, including investigation departments which didn’t leave any stone unturned. The alleged sponsor, a Pro-Khalistan activist, is accused of paying 18 crores to the pop star for the tweet. Toolkit shared by Greta which was later deleted went viral in the seconds which is now under the government’s probe. What started as farmers’ concern towards the abolishment of MSP has now several malign groups camouflaged in crowds with the vicious intention of destroying peace and spurring violence in the country.

But this shouldn’t deviate us from the root of the government’s decisions and farmers’ queries. So, let us take a glimpse into the farm laws. Back in time, when the Zamindari system prevailed, traders and middlemen massively exploited farmers, to eliminate the exploitation the government introduced APMC backed up with assured MSP. Agriculture Produce Market Committee well-known as Mandis are regulated trade areas. These market areas enable the licensed trader’s purchase of farmers’ produce. Guaranteed MSP for certain crops below which no trader can purchase the crop protected the farmers. If prices prevailing in the market are below MSP, then the farmers can directly sell to the government at MSP. The problems with APMC arose as loopholes and fraudulent activities were identified.

One noteworthy data shared by NSSO assets, ‘only 6% of farmers get benefits of MSP.’ Government fixes The MSP for only 22 crops. It leaves other farmers falling outside this bracket with no option but to sell their produce to exploiting traders at lower rates. A few adamant traders make a pact to not buy crops beyond an agreed price, This precarious situation fears farmers of debt trap forcing them to sell the crop at minimal amounts. The Farmers Produce Trade and Commerce Act 2020 promotes inter-state and intra-state trading, where farmers can directly sell outside APMC’s. The extension of an open market system beyond mandi’s eliminates the burden of payment of the market fee. In the mandi system, the farmers had to pay taxes and fees.

The major concern raised by the farmers is the availability of finance, transportation facilities, and assurances of MSPs beyond APMC. Even a citizen with a PAN card can buy directly from farmers, the farmers are deeply worried regarding the exploitation by traders in the absence of MSP. Modi government affirmed the continuance of the Minimum Support Price but the annadatas are demanding an Act guaranteeing MSP beyond the mandi system. The state governments are also expressing dissent against farm laws, as the mandi tax collected adds up to a significant source of finance, used by states for development purposes.

One of the key takeaways stated is that the small farmers will be highly benefitted from the Farmers Agreement on Price Assurance and Farm Services Act, 2020 that provides a national framework for Contract farming. An agreement between a farmer an interested party of buyers is a prerequisite for Contract Farming. It allows the farmers to produce a crop of a certain quantity and standard quality as per the agreement. A regular flow of income and boost to the livelihood of the farmers provide a ray of hope for improving the living standard of 60% of the population in India engaged in the agriculture sector. Deceive, Manipulation, Influence, Power of the corporate sectors tremble the farmers of falling into the loop of a debt trap and losses. Campaigns organized by the government to spread awareness on the laws and rights assist the population who aren’t literate.

The demand for masks and sanitisers skyrocketed during the lockdown, which was right away declared as Essential Commodities by the Central government, to avoid black marketing as a measure for consumer protection. The items in the Essential Commodities list are regulated on their price, distribution, and supply. Amendment of the Act, removes cereals, oils, and other food items from the Essential Commodities list. The prices of which shall be regulated only during extraordinary circumstances like war, natural calamities, famine. At this time the government enforces restrictions on stock limits beyond which the sellers aren’t allowed to stock up the products. Traders negotiating and purchasing from farmers may end up stocking abundant quantities leaving farmers with low profits or worst losses cries farm unions on the streets of the country’s capital.

In this battle between farmers and the government, both are open for talks. While one is willing to amend and others are demanding a repeal of the farm laws, the 3 laws stay on hold for a specific period due to the current situation in the country. The fate of the agricultural economy lies in the government decisions and the battle is going to be won against the problem but never between sides.