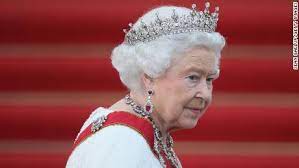 Marking an end to her 70-year-long reign as a sovereign, Queen Elizabeth II passed on her throne to her son, Charles, as she took her last breath. As a monarch who represented Britain for over seven decades, the Queen was privy to a changing landscape, entrusted with the responsibility of preserving traditional boundaries in a modern backdrop. She was reportedly not feeling well lately and was kept under medical supervision at Balmoral Castle in Scotland until she passed away on September eight.

The news of the passing took the world by storm, and a universal fascination with the royal family took shape into collective mourning. While the UK evidently declared gun salutes to be performed on every anniversary of Elizabeth's life and also held a special parliament session in tribute, other countries came forward displaying solidarity. Statesmen from across the globe issued messages of praise commemorating the late Queen.

Additionally, Nepal declared a national mourning duration of 3 days. Following suit, India announced a day of state mourning on September 11th, wherein the national flag would be hoisted at half-mast. Furthermore, US President Joe Biden referred to Elizabeth as a symbol of "peace and prosperity."

A blanket of gloom seems to have brought even Britain's once-known enemies to the same page as age-old allies. As a result, it has triggered debates about the global obsession with the daughter of the colonizer state. A populist party from South Africa saw the death as a reminder of a painful past of native suffering and accused the Queen of never acknowledging the legacy of oppression she was born into. Such a contrast in the reaction reveals a colonial hangover that many countries might have been trapped in.

India used to be a British colony and has abundant difficult memories related to the royal family's legacy. The Kohinoor diamond that continues to sit on the throne of the royalty is telling testimony to the 200 years of servitude India endured. The occupation allowed foreign forces to steal valuables from the country, which were never returned even after the end of colonial rule. As per Saurav Dutt, a political commentator, the diamond stands as the only representative of Britain's long-lost power, returning which would mean an acceptance of defeat. Any such intention was never conveyed by the monarch.

Criticizing Queen Elizabeth's "non-interference" approach right after the imperial project had ended, writers and historians from Pakistan, Bangladesh, and India have expressed displeasure. They believe that the Queen's toiled to wipe out a history burdened with brutality. Saimum Parvez, a political analyst from Bangladesh, has gone as far as to admit that the death of Queen Elizabeth II does not affect the political scenario in South Asia, suggesting that mourning her loss is "unnecessary".

The revived anxieties are perhaps relevant in their nature, albeit bluntly refusing to forgive and forget. In my opinion, in a situation as controversial as this, both perspectives find relevance and justification. The Rest-In-Peace messages come at a time when the boundaries between states are diminishing in the wake of the fluid flow of images through the internet and widespread accessibility. As Paul Virilio, a cultural theorist remarked, the "Now" is more potent than the "Here" in the present age. International relations form a central factor in the political atmosphere, and solidarity sometimes comes at the cost of overlooking historical realities.

One must also not forget that a certain mastery over branding has allowed the royal family, and especially Queen Elizabeth II, to become an icon. Radio broadcasting services and television appearances were some of her best means of maintaining a global presence. She was widely represented on coins and stamps. Her popularity grew despite the stains of a repressive legacy.

At the same time, South Asian memory is rightfully ripe with a distaste for Britain's influence because narratives of market captivity and stories of stolen glory remain fresh. As much as 45 trillion dollars were drained from India during the British occupation. Besides, as far as Africa is concerned, the UK enjoys control over its many valuable mineral resources even today. The latter was also resided upon by Queen Elizabeth II for some parts of the 20th century, pointing towards the continuation of colonial values. She overlooked a government that arrested as many as 150,000 Africans to counter an insurgency movement without a fair trial.

As the political scientist David Moscrop would argue, the very position of the monarch is a symbol of colonialism-"past and present." In that respect, for oppressed peripheries to soften to the core of Britain's powers, even in the case of a monarch's passing, would mean accepting imperialism for the cultural sensibilities of the angered subjects.

To find a middle ground between the extremes of forgiveness that seems to have steered the States' mourning initiatives and the anger that keeps people from accepting participation in the same is barely possible. While, if achieved, it will evade judgments that declare a colonial hangover to be engulfing the world, it is unfair to expect survivors of violence to be respectful towards the demise of the perpetrator.

Many have spoken in the past few days against the ones who see the Queen as colonialism's child, calling it inappropriate timing to be speaking of imperialism. For instance, an Assistant Professor's tweets criticizing the Queen were taken down after prominent names like Jeff Bezos rebuked her for her language.

However, what needs to be interrogated is the assumption that death would bring forgiveness. Political figures indulge in folly when their subjects are expected to erase their memory of the past. I believe we need to dig deep into the grey areas of the authority of state representatives to enforce a mourning period on admirers of the Queen and those refusing to forget alike.