The Respect of Marriage Act Passed! 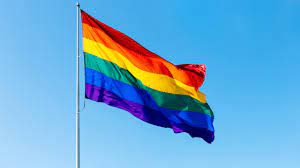 Although 47 Republicans allied with Democrats in the House last week to pass a bill promoting marriage equality, many people believed a similar effort in the Senate would fail. However, it is not, and rational senators should exert their efforts to pass it as quickly as possible. DOMA, the 1996 Defense of Marriage Act which stipulated that marriage must be between a man and a woman, will be formally repealed by the Respect for Marriage Act. DOMA was never repealed even though that definition was overturned in court. The proposed legislation would also allow the attorney general to file a civil lawsuit against those who refuse to recognise marriages legally consummated in other jurisdictions and mandate that state governments do so. Both same-sex marriage and inter-racial marriage were covered in their composition.

Sens. Susan Collins of Maine and Rob Portman of Ohio are co-sponsors, and Sens. Lisa Murkowski of Alaska and Thom Tillis of North Carolina have said they will probably vote in favour of the measure. However, despite thinking it was "unnecessary," Sen. Ron Johnson (Wis.) said he saw "no reason to oppose it." These senators and the 47 Republicans in the House who supported it last week should be commended for taking an early stand on the right side.

However, to obtain a filibuster-proof majority, the bill's supporters, including co-sponsors Tammy Baldwin (D-Wis.) and Sens. Dianne Feinstein (D-Calif.), need at least five more supportive Republicans. Eight additional Republican senators have said they will vote against it. CNN claims that the remaining candidates are still uncertain or have not declared their opinions.

Sen. Marco Rubio (R-Fla.) even went as far as to call the bill a "stupid waste of time," with others claiming it does nothing more than codify existing legislation and divert attention away from more critical issues. However, supporters are concerned that other precedents relying on the due process clause could be targeted next in light of the Supreme Court's decision to reverse Roe v. Wade and Justice Clarence Thomas's unfettered concurring opinion in the case. This includes Obergefell v. Hodges, which made same-sex marriage legal nationwide.

Although Obergefell may not be in imminent danger, millions of LGBTQ Americans worry that their hard-won freedom to marry whomever they love may one day be restricted. This legislation would eliminate that uncertainty and safeguard their rights going forward.

The LGBTQ community is going through a callous time at the moment. Many jurisdictions have passed laws that aim to exclude and stigmatise, from Texas's targeting of gender-affirming care for transgender adolescents to Florida's "do not say gay" statute that forbids instructors from discussing sexuality and gender identity in schools. Moreover, right-wing activists and politicians are increasingly using perilous sexuality rhetoric to ignite a culture war.

Fortunately, the majority of Americans do not concur with them. A Gallup poll found that over 70% of respondents believe same-sex marriage should be accepted, up from 27% in 1996. Republican voters make up 55% of those in this. The Respect for Marriage Act would enjoy broad political support. It would also be suitable and moral to do so. We hope at least 60 senators would acknowledge that, especially on this day of intolerance and partisanship.

Pride: The Meaning As Told Through NYC Pride 2022