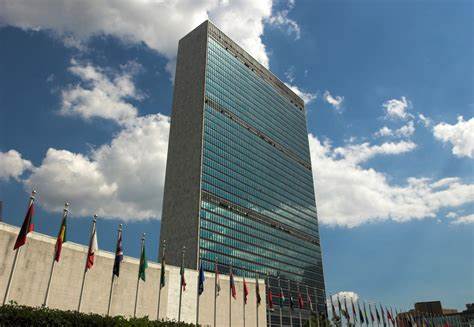 The right to intervene in an internal conflict or warfare is a critical discussion by several intellectual opinions and concerns. Turning up the case into an international crisis that demands a valid reaction might appear most unlikely to occur. However, the absence of such a reaction produces more hostilities in civil rights in some cases. For instance, the North Atlantic Treaty Organization “NATO” intervention during the Libyan Revolution has assisted in preventing genocide in today’s human history. This echoes the humanitarian crisis still happening today in the Syrian Situation. Some argue that any violent action that results in additional lives lost should be held accountable, especially when civilians on the battlefield face death regularly. As a result, they argue that humanitarian intervention should always be allowed to be an obstacle to preserving human ideals under international law.

Moreover, throughout decades, human’s history witnessed many hostilities due to wars and conflicts among or inside states. Some philosophers believe that the loss of civil lives will last if humankind exists. However, others counter that humanity is always in a developed process for constructing civilization and that must require some sacrifices. Perhaps this explained in today’s decade through the presence of the International Organizations which mainly concern focuses on protecting human rights anywhere.The availability of being committed to preserve human rights is the first popped up notion whenever mentioning such organizations. However, some political analyzers are mentoring the debate among the International Community members and official representatives towards certain cases, usually circulates their opinions between two options.

The first option is regarding the type of intervention to take to eliminate the danger threating human rights. They also believe that this probably would go through a process of discussions over the most suitable and effective way of pursuing procedures at this moment. That, unfortunately, consumes more time and more losses. A range of measures can be considered as a response to crises, intervention measures such as legal, political, and economic while, its fundamental premise is the external powers have the right to intervene, through military means, in other countries to protect people against atrocities.

The second option is choosing collaborative initiatives which carry higher purpose; protecting civil people beyond any tendency towards aggressors. This is explained when higher standards exist within the vital discussions between official representatives. In more elaborations, this is when the discussed case requires an immediate reaction to eradicate a constant severe blood bath.

The most suitable humanitarian measured standard for such a case requires an intervention that would probably tend to utilize military confrontations. Furthermore, the discussions could lead to requesting a fair amount of official intervention within the International Laws and Regulations. The question is whether military intervention is considered a fundamental human right. Finding a solution may need a quick understanding of previous occurrences, where leaders must have a sense of background experience.Following that, they must begin to observe the views and opinions of intellectuals regarding many current examples which are witnessing threatening situations and have already asked for or requested an immediate humanitarian intervention.

It's a part of researching the ideas underpinning international reactions to human rights violations and devising a strategy to put the answers into action, and the influence of the findings on international responses. Following this part, the issue takes an entitlement side and provides discussions about the International Organizations’ actual roles signifying claims towards those roles and if it has been reduced.Whether considering the Military Intervention is fundamental humanitarian right or not, some people argue the international organization should have well-constructed long-term strategies for what to do if the situation worsens and how could the International Community participate on reconciliations process.

Developing a unified approach for determining intervention criteria must be guided by a firm belief in expanding a module for humanitarian intervention to address breaches. The United Nations System needs to find an unconditional global mechanism to fulfill that purpose and prevent endless conflicts globally.  However, to develop a new humanitarian decision for an intervention request, it must be set to suit the International Community conventions before pursuing any action. There are several assumptions about using force to terminate particular sorts of violence or abuses, notably the relation between what so-called the ’Liberal Moral and the Political Theory.'When governments are incapable of performing or losing when confronting violations, an action must be taken. The same matter applies when utilizing the abuses over peaceful citizens methodologically.  However, there is also a noteworthy query strictly related to states' sovereignty, the legitimate right of intervention. Humanitarian intervention is legitimate when directed at suppressing human rights abuses and complies with the doctrine of double effect.

However, within the fundamental framework of international law, the notion of unlawful or delegitimizing any sort of action is widely recognized as the legitimate contrary to humanitarian intervention. Moreover, most of political observers consenting with this point are monitoring this context as creative drawing for path lines disclosure through following philosopher Kant in theorizing Morality in traditional law. This is “justified” inside the re-creation phase with relevance to humanitarian intervention. Military intervention could be considered a breakthrough sovereignty of states.

The only way to prevent mass systematic crimes is through asking for the Right of International Humanitarian Intervention. Hence, it simply seems that cooperation among the International Community regarding, more productive, process of intervention is a must and necessary to consider avoiding exclusion or inequality in terms of reacting to the violations of some states over others. Not only state representatives are behind state inequalities. They are also responsible for creating hierarchies and tackling the sometimes-important issue.