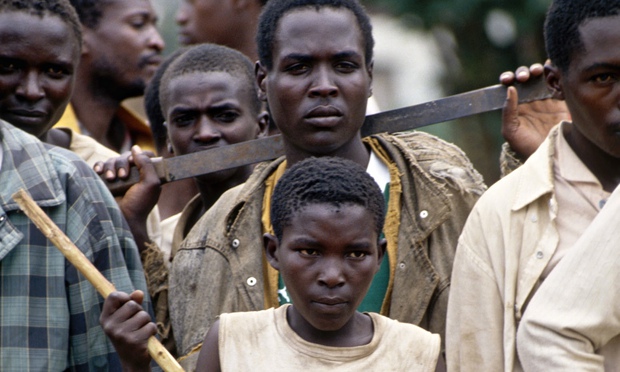 From the Capitalism World point of view, topics of Ethnicity are merely illusions when ignoring the truth about existing failed states or failed regimes. On their thoughts, they gathered reasons of failed states economically and took it as main justification over all other consequences. Also, according to their own capitalist belief, the reason for this certainty is that social society in poor areas are much more willing to have internal conflicts, which is also considered a trigger to distributing crimes widely. Some thinkers believe that wars could usually occur due to human’s disfavoured natural desires. Such as the desire of greed and eliminate what could be a threat to our existence. This kind of simple analysis usually turned out to be certain on the surface, but the truth declares there are hidden deep reasons of wars.

In general, wars consist of two or more states in which they have reached a blockage in their negotiations level. On the other hand, despite the reasons which could be seen as serious elements for several states’ internal incidents: some reasonable rational thinkers counter through providing different anal ysis for the situation. They are advocating to the Reconciliation Endeavours for the needy societies. The same argument was unfolded countless times for them, but they never relate it directly to an indication of the Civil Ethnic War. However, some observers believe that the Rwandan Ethnic War owned it roots and backed up by foreign colonizers before, during and after its occurrence. Rwanda the small state in the heart of central east Africa was colonized by Germany and Belgium before 1962 when they have gained their independence.

The Belgium colonists in 1916 arrived and favoured one part of the Rwanda Civil Society “Tutsis’” and pushed up theories of superiority over another “Hutus” by establishing and validating official register racial identity according to their ethnicity. Physical classification and discrimination were taken by calling one part close to European Standards and deserved to be the upper hand above the other. This type of marginalization for one part was the beginning of many hostilities. Whether the aggressors are fighting for reasons of territory expansion, military superiority, possession of natural resources, or confronting possible menace; they never portray or calculate the amount human tragedies that would pay the ultimate price of innocent souls. This is what most ethnic wars tend to deliver for humankind around the history.

Yet, unfortunately, humankinds never learn from historical mistakes and tend to repeat the same situations repeatedly. However, Ethnic wars are always presented throughout history. In many different decades of human history, the African Continent has suffered several humanitarian tragedies for long periods. Some observers believe the reason behind that was perhaps the long periods of the Foreign Colonization. This had strictly assisted in consisting of Africa’s current situation and the reason behind its mostly downgrading level on different terms. Others counter about the amount of humongous corruption and looting of natural resources by governments’ representatives is mainly exposing most African countries into deteriorating decrees in different state institutions. Moreover, both causes, despite their percentage from one country to another, might still considered facts when describing the obstacles confronting members of the continent.

However, there is another important, obviously, and clearly existed fact; basically, the African Continent is ultimately filled with rich history of military coups next to the several attempts of maintaining powerful control over accomplishing humanitarian needs. This has properly unfolded the explanations over the severe human rights violations in Africa. Unfortunately, it is well known that most of the African states struggle economically as well as socially. Additionally, there is a nonstop escalation arrow over general shortcomings and illegal trades of certain issues such as Immigration, Poverty, Weapons, and lack of proper level of Education as well as Medical Treatment. Unfortunately, the Rwandan Case was not far from these challenges and its citizen had to experience the worst situations for quite long periods.

Some historians and authors believe that the story begun when both Rwandan main populations, the Hutus, and the Tutsis, got into a wicked distinguishing phase based on ethnicity by the western colonizers. They also believe that this was common among any colonizers and happened due to domination strategies for weakening the indigenous inhabitants. Rwandan case was one of the best examples to be mentioned for historians. The country’s name was immediately linked to the massacres and huge humanitarian crisis in modern history. An image of non-stoppable blood bath example was portrayed during global news stories clearly declaring the most tragic theater during the twenty first century.  The discrimination forced upon the Hutus who are majority of Rwandan population for long years which was created by the Belgian Colonizers have managed to divide citizens of the country widely.

The Belgium Ethnic plans offered better professions as well as better health care opportunities for the Tutsis, originated the Hutus hate against the favored race. The discrimination gradually led to mass resentment among the Hutus culminating in series of riots, killing, and mass exodus of Tutsis to neighboring countries. Later, such classification became instrumental in identifying and murdering the Tutsi during the genocide. These well shared issues are typically grant sort of hammer breaking any social society and leave the general atmosphere in an intense situation. Even after the genocide in Rwanda, the civil society suffered signs of certain psychological matters that might last for critical times. Those matters were related to constant feelings of Insecurity, Isolation, Traumatization, and deteriorated physical and mental health indications.

Victims of the Gacaca

In a well unique study titled “Truth-Telling as Talking Cure? Insecurity and Re-traumatization in the Rwandan Gacaca Courts for” written by Brouneus, K in 2008 on a group of women who witnessed the war and have been targeted during and after the genocide in villages, there has been an event and a communal law issued and was called the Gacaca created to listen to stories and incidents that took a place during the genocide. There were a quite well number of attempts to reconcile process of Rwandan Internal Community after the genocide. However, such experiments were confronted with the new rooted obstacles that certainly came up due to the many horrifies. For instance, threats over speaking the ultimate truth have been utilized to fright women, followed by harassments before, during and after the well observed Gacaca event.To conclude the Role of Ethnicity in the Rwandan Genocide, it would be fair to declare reader’s tendency to some observers’ opinions. Considering it as one of the most important, if not the main, reasons behind this tragic humanitarian crisis. In critical periods, Ethnicity alone divided the nation and the civil society into survivor or goner. Yet, it is fair to mention its original roots were planted by foreign colonizers.