The Sport Of Politics: Looking At The History Of Sports Protests 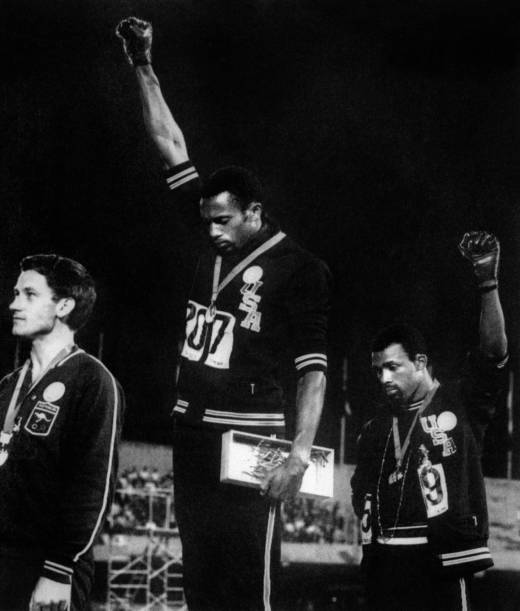 Sports have always been seen as a test of physical abilities, a platform where natural talent and hard work combine to create entertainment, competition, and excitement. For most, it is a simple pleasure, an evening of celebration after a workday; for others, it is a canvas filled with political potential, a platform to express discontentment and dissatisfaction with the current social atmosphere.

The Sports field might be indubitably the perfect medium to speak to a large population of varied demographic. This article will look at a few of the famous Sports protests that initiated conversation over the world.

The quadrennial Olympic Games is a shared interest across the globe, and it is not surprising that nations in the past have exploited this reach to spread propaganda and show strength. One of the first instances of politicizing Sports was the 1936 Olympic Games hosted by Berlin, which came to be known later as the Nazi Olympics.

Hosting only a few years after they gained power, Hitler’s Nazi regime was eager to use the Games to promote their ideas of the superior Aryan race. And just as Hitler wished, Germany did end up raking in the highest number of medals, but not everything went according to his wishes.

Though there was a movement to boycott the Games due to opposition towards the host country, athletes from all over the world flocked to Berlin to compete and prove Hitler wrong. Most notable was Jesse Owens, the African-American athlete who won four gold medals and became known as one of the most outstanding track and field athletes in history.

Similarly, another Olympic boycott happened in 1980 during the Games hosted by Moscow at the height of the Cold War. Here, the call for boycotting the games was an extension of tensions between the US and Russia, the Olympic Games becoming yet again the canvas for political agenda.

The 1968 Mexico Olympics saw one of the most controversial yet poignant protests when African-American athletes John Carlos and Tommie Smith raised glove-clad fists during the US’s national anthem.

The previous year, boxer Muhammad Ali had his heavyweight title taken away for refusing the draft for the Vietnam War, objecting on moral and religious grounds to the war itself, and a few months before the Salute, the world came to know of the assassination of activist Martin Luther King Jr. These incidents created an atmosphere of unrest among the African-American community, and were part of the reason for the protest. The athletes’ protest also called attention to the significant lack of African-American coaches while demanding the resignation of Avery Brundage from his position as the head of the IOC.

Though their protest was seen as disrespectful and met with hostility, almost half a century later, their determination to address the problems faced by their community was seen as a call for more advocacy among athletes. In light of this, Colin Kaepernick’s action of taking a knee during the national anthem before a match in 2016 has become an iconic gesture in its reach and,

Athletes worldwide have imitated him by showing similar gestures of support for the Black Lives Matter Movement since then. Recently in the FIFA World Cup in 2022, the players on the English team took a knee before their match as part of their anti-racism gesture.

The FIFA World Cup 2022 has taken the spotlight recently, not least for being a massive celebration of Sports after the threat of the pandemic but also for the controversies and accusations surrounding the host country, Qatar. Citing their tradition and law, the hosts banned any display of LGBTQ+ symbols during the games.

Team captains who were set to wear rainbow armbands were prohibited by FIFA and threatened with sanctions. This situation was the effect of Qatari law that sees homosexuality as illegal. And in light of such events occurring on a global stage, such as the World Cup, accusations of human rights violations against Qatar have come to attention.

In addition, an Amnesty International report on the condition of migrant workers working on the building sites of the World Cup revealed extremely inhumane conditions and exploitation. With many instances of withholding wages, breaking the limit on working hours, and preventing them from returning to their home countries without permission from employers, social issues in Qatar have become a topic of conversation in global media once again.

Despite the numerous controversies surrounding Qatar, the tournament's most discussed protest was probably when Iran’s national team refused to sing the national anthem before their match with England. Proving that Sports is not entirely exclusive to politics or life outside the field, the group decided to show solidarity with the Iranian people who were protesting against the government that curbed their fundamental freedom and, just in the last two months, killed hundreds of people and arrested thousands in a heinous violation of human rights.

The result was mixed - while protesters who saw the players standing in solidarity with their cause were overjoyed, the government-favored media cut into the team, blaming them for losing the match. But not everybody reacted this way. Many protesters see the football team as part of the oppressive regime, while many others were moved to see them show support even when it put the players and their families at risk.

And while the national media chewed them out for losing against England, the Iranian team’s victory over Wales was lauded by the same press that accused them of disrespect.

If there is any doubt that Sports and politics are not mutually exclusive, one has only to look at the reports of fans who were escorted out of the stadium for waving the “Women, Life, Freedom” flag or at the arrest of the Iranian footballer Varia Ghafouri, who was conspicuously not a part of the current roster.

Looking at all the protests that have happened in Sports history, it can be said that just like everything else that has been touched by humanity, Sports have also evolved with time. From a celebration of talent and strength, it has become a medium that can influence millions.

While writing this article, this writer was reminded of the Jesse Owens incident in Markus Zusak’s ‘The Book Thief’ where one of the characters covers himself in charcoal to imitate the African-American athlete who proved Hitler wrong. Like in a story or a movie, even a small gesture on the field can carry complicated meanings today.