The Toxicity of Politics in India 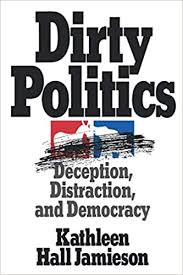 Politics generally conjures up images of the government, lawmakers, and political parties. For a country to have an ordered administration and to work according to specific ideals, it requires a specific organization. This is where politics comes into play because politics is what produces the government. Every country, group, and organization use politics to orchestrate various events, prospects, and other activities. Politics isn't just for people in positions of power in the government. It's also about those on the verge of achieving the same power. During political debates, candidates from the opposing party dispute the ruling party's actions. They want to educate the public about their agendas and what the current administration is doing. All of this is accomplished only via political means.

The Indian political system, on the other hand, is designed in such a manner that, regardless of what ideology, policies, procedures, institutions, tactics, behaviors, classes, or diplomacy a political party adheres to, the country's growth is its primary goal and purpose. But, as is always the case, things aren't perfect. Politics has been dubbed a nasty game in India many times, and deservedly so. Greed, corruption, unfairness, intolerance, and hatred are just a few words that come to mind when thinking of Indian politics.

Not because they believe in the party's ideas, but because of the winnability quotient in elections, Indian politicians frequently select their parties. Unfortunately, elections are all about money and brute strength. Politicians use ideas and promises as a sugar coating to get people to vote for them. Even if they adhere to a political party's philosophy, the ideology is defective and broken at its foundation. Divide and rule was a strategy used by the British to dominate India, and it is still used by politicians today to get votes. Across the political spectrum, political parties attempt to divide Indians along religious and socioeconomic lines. This is called communal polarisation. The naive voters play into these political parties' hands by believing the extravagant promises they make in the name of progress. An ordinary man should be aware of his rights and obligations as a law-abiding citizen in a good democratic society.

What exactly is Dirty Politics?

Dirty politics is a type of politics in which decisions are made based on a person's or a party's interests. It disregards a country's growth and harms the country's essence. Ministers from various political parties distribute absurd news and deliver aggressive statements against the opposition to slander them. This affects the country's peace and diminishes the values of politics. To watch their party win with a majority of seats, they make sexist remarks and instill hatred among people.

The government promises many things to the public before taking power. They persuade and deceive them into believing that all of their promises would be kept but turn their backs on the people as soon as they achieve power. They strive for their gain and continue to deceive voters in every election. Only the ordinary man suffers because of politicians who lie and are crooked.

If we look at the Indian electoral scene, we can see that any random individual with enough power and money may run for office. They only need to be citizens of the country and over the age of 25. There are a few simple clauses as well. The oddest thing is that there is no requirement for a minimum level of education to run for office. As a result, we can see how so many uninformed and undeserving people get power and then abuse it. A country with ignorant ministers will not be able to develop or even stay on track. Ministers in India are not required to have a certain level of education. This is why the illiterate have tainted the system and are driving the country to ruin.

In the government, we need educated ministers. Because they are more capable than the ignorant, they are the ones who can lead the country ahead. Candidates must be well-qualified to take on such a massive responsibility as leading a whole country. In other words, we need to save our nation from crooked and illiterate politicians who are nothing more than parasites eating away at the country's progress and resources.

Political corruption has become the most widespread sort of corruption in recent years. Politicians try to gain power and maintain it by any means necessary, whether legal or illegal. During election season, the majority of political corruption happens. Candidates spend significantly more money than the official election commission limit, even though a limit has been set, and an election commission has been established to ensure that the limit is obeyed.

Many politicians are said to register nominations to get quotas for diesel, gasoline, and paper, among other commodities, which they then sell to others at a higher price. A large sum of money is collected by political parties and leaders, particularly those in power, in the name of contributions from huge industrialists for election, and in exchange, the contributors multiply their income by profiting from licenses and tenders obtained with the help of their political allies during or after the election. They exploit their positions of authority to further their interests rather than the country. We read items in the news about ministers and their families being involved in fraud and criminal actions. They feel as if they can get away with anything because they have the power to do so. It's because the ministers in charge utilize their "power" to get away with all of their wrongdoings. They entice everyone into working for their gain, corrupting the entire system.

A healthy political system comprises of a government and its opposition, both of whom are working for the country's progress in their respective roles. To keep the prevailing system in check, opposition parties question, criticize and demand responsibility from the ruling party. In its idealized version, the system functions perfectly. Political parties, on the other hand, in their quest for power, ignore their core responsibilities and engage in filthy games to acquire power at any cost. The typical citizen of the country bears the cost of this. The progress of a country's economy will be delayed if the political climate is not conducive to it. Political greed has recently resulted in chaos and civil conflicts in Syria, Libya, Egypt, Hong Kong, and Malaysia. Wrong leaders wielding total control in the country might cause such upheavals, resulting in many losses.

The 1975 Emergency, the India-Bangladesh conflict, the Godhra riots, the Ayodhya Ram Janmabhoomi, the 26/11 terror attacks, the 2014 general elections, and the CWG scandal are just a few examples of significant events that shaped and impacted Indian politics. Politics in India is a colorful game, as it is rightly termed, with both good and terrible things happening at the same time. India's political maturity has evolved with time, from Jawaharlal Nehru to Morarji Desai and Manmohan Singh to Narendra Modi, and perhaps this advancement is for the greater benefit of India's development.

But at the same time, India's shady politics maintain the country in a constant state of upheaval. India's democracy has never appeared more precarious than it does right now. India's robust society, which has already withstood challenges to democracy, is a major source of optimism for good change. The country's diversity, multicultural origins, strong beliefs, and people's voices might function as balances against the dirty tricks that are currently being played in Indian politics, but only when they are brought together. Although time is running out for India and its democracy, we can still make a difference. It appears that we have lost the genuine principles of how a country's politics should operate, and it is high time for us to recall them.