The Trials And Tribulations Of Dress Codes In Schools 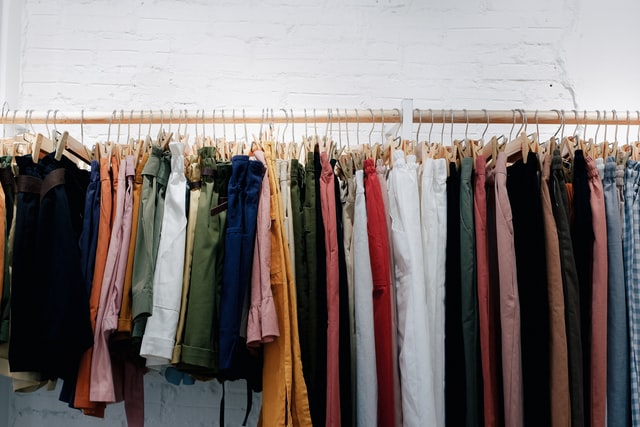 Schools have upheld some form of a dress code since the Tinker vs. Des Moines Independent School District in 1969. In this case, the court decided that student expression can be restricted to ensure the learning environment and rights of students are protected. Placing a restriction on attire in schools allowed for dress codes to evolve and eventually take an entirely different meaning.

A dress code specifies the appropriate attire required for a specific event or environment. In school environments, this can be seen with requirements on pant length, shoulder exposure, appropriate messages, quality of the attire, and many more. The specifications vary between each school as each system can create its own set of guidelines.

Similarly, the perception of dress codes varies. Many see this practice as a form of suppression that follows sexist practices which promote negative self-image, body perception, and self-expression. Others, however, view the use of dress codes as a general regulation of appropriate clothing to promote safe learning environments. School boards across the United States have struggled to create dress code rules that find a balance between these two notions.

Starting from as early as preschool, many children encounter their first set of dress code rules. This initial introduction can teach the concept that bodies are meant for control, regulation, and analysis. Let me clarify, however, that dress codes are often centered on female-presenting students who become the focus of this restriction. With skirts and shorts closely scrutinized for exposing too much, schools are focusing on the way female students are being perceived despite their comfort in attire. This can enable the idea that women’s bodies, specifically, need to be monitored to ensure they are within society’s standards.

Following the Tinker vs. Des Moines case, schools, and oftentimes universities, suggest that a person’s attire affects their ability to learn. This supports the idea that a person’s body is a “distraction” and must be hidden from the world. Strict ‘no shoulder exposed’ regulations are a perfect example of this as female bodies are presented as interruptions in school environments. This comparison between attire and learning enforces the perception that bodies should be concealed. Seeing bodies as objects that should be hidden rather than celebrated, school dress codes can build a negative self-image and body perception in modern society.

Dress codes can be used to create a safe environment for students. They can restrict the use of inappropriate and vulgar words, images, or phrases that could be harmful to others. These message guidelines allow for students to feel comfortable in their education system and classroom. Attire that promotes hate or discrimination is often banned which allows for a safer school environment while instilling the importance of recognizing attire that represents inappropriate messages.

Many also see dress codes as a guide to professionalism. As the education system is rooted in a fundamental goal to equip students for the workforce, dress codes are presented as a way to prepare students for future professionalism. As many positions have clothing guidelines, schools mimic their rules to teach students the importance of dressing for the job. With strict regulations, students are taught that appearance has a significant value in the workforce.

The practice of uniforms is another dress code standard that many schools enforce to create this disciplined, professional environment. These uniforms disregard self-expression to pursue conformity. By having students look alike and equal in attire, it eliminates differences in identity expression, as well as any socioeconomic differences the students may not have control over. This idea is not always supported, however, as uniforms can be more expensive than the previous attire students would wear which can add further financial strain. Uniforms place importance on equality but often prevent students from embracing their differences.

Looking at restrictions in dress codes can vary from school to school, and their use can vastly affect students' environment. Finding a balance between self-expression and safety is a necessary and difficult task many school boards are trying to solve. Attempting to keep parent, student, teacher, and administration's perspectives in mind, it can be challenging to appeal to every concern. At what cost, however, should dress codes be prioritized? Should self-expression be limited? And what balance can be found to uncover equality?