The Use Of Justice Over Russia-ukuraine War 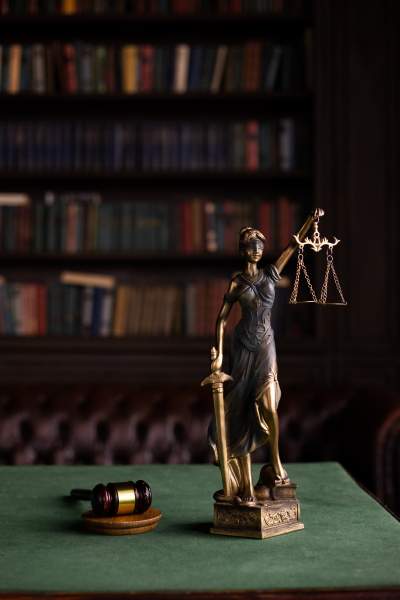 On 1 March 2022, the international court of justice (ICJ) announced that “the principal judicial organ of the United Nations will hold public hearings in the case concerning Allegations of Genocide under the Convention on the Prevention and Publishment of the Crime of Genocide (Ukraine v. Russian Federation) on Monday 7 and Tuesday 8 March 2022, at the Peace Palace in The Hauge, the seat of Court” (INTERNATIONAL COURT OF JUSTICE).

Kyiv claims that the Russian attacks are Genocide, which Russia keeps calling a “special military operation”. Plus, Kyiv denies the Russian claim that there was genocide to Russian minorities in the country's east.

Moscow will argue that no international court has any jurisdiction because there is no genocide according to Russia. This is an enormous problem to sue in a court since both plaintiff and defendant states much recognize the jurisdiction of the court (DW.com). Indeed, Russian boycotted the hearing on Monday (The Guardian).

OTHER WAYS OF USING LAW

However, the International Criminal Court (ICC) can determine the guilt of individuals. The procedures based on the “principle of universal law” are also possible to sue anyone involving in the Russian-Ukraine war. The Council of Europe’s European Court of Human Rights in Strasbourg can also sue individuals, but the Moscow’s veto right in the UN Security Council could prevent the sue (DW.com).

Why do such different courts exist and what are their strengths and weakness?

Also, ICC has advisory proceedings before the Court. However, these are “only open to five organs of the United Nations and 16 specialized agencies of the United Nations family or affiliated organizations”. Their opinions are advisory, so the states still have the freedom to choose to follow it or not. Their effectiveness is based on international reputation, which comes from the estimation that states should follow the international decision by most other countries.

Second, according to International Criminal Court, ICC investigates individuals to charge them with “the crimes such as genocide, war crimes, crimes against humanity and the crime of aggression”.

In conclusion, the ICJ is a civil court that mainly discusses the issues such as “sovereignty, boundaries, treaty violations, maritime disputes, trade, disputes, etc.” On the contrary, ICC is “the court of last resort”, used when a state legal system is collapsing, or when a government is an international criminal (Pleaders).

THE PROBLEMS OF VETO IN THE COURT

ICJ and ICC are the legal ways to solve the conflict between states or individuals. However, over the court, there are the five permanent members’ (P5’s) power: veto. Though the UN does not explain about the P5’s veto power, the UN said to process the resolution, “it must receive nine affirmative votes of the 15 members states on the Council, including the concurring votes of the P5” (THE CONVERSATION). P5 are the USA, Russia/USSR, China, UK, and France. From 1945-to 2014, USA and Russia/USSR used nearly 80 vetoes. The USA uses the votes mainly for the Israel/Palestine situation, the Russian/USSR uses it for Ukraine, Syria, Libia’s situation. China uses is to Myanmar situation. Russia and China work together sometimes. In those situations, France suggests a “code of conduct” for the P5. This suggests not to use the veto in cases of humanitarian crises, but only the UK supported this idea (THE CONVERSATION).

According to Federal Foreign Office, when the system of veto was introduced based on the authors’ assumption that the whole will agree on action, which is not happening. The vote has the positive aspects that prevent the excessive use of UN’s sanctions, military power. However, their use of vetoes seems not based on pure humanitarian reasons but based on their interests these days. Over the excessive use of vetoes, people are dying all over the world.

THE DEFINITION OF A GENOCIDE

Both Ukraine and Russia are accusing each other of conducting genocide. Genocide is the gravest crime against humanity. According to BBC, “it is defined as a mass extermination of a particular group of people”, coming from the Greek word “genos (race or tribe)” and the Latin word “cide (to kill)”. Since the use of genocide is limited to a particular group, some criticize the definition as too narrow. Some say there was only one genocide: the Holocaust and others say there are at least three genocides; The mass killing of Armenians by Ottoman Turks 1915-1920, The Holocaust, and Rwanda, where Tusis and moderate Hutus died in 1994. Some more are added these days such as “the Soviet man-made famine of Ukraine (1932-33), the Indonesian invasion of East Timor (1975), and the Khmer Rouge killings in Cambodia in the 1970s, during which an estimated 1.7 million Cambodians died by execution, starvation, or forced labour”. Plus, the problem of Rohingya in Myanmar and Uighur people in Xinjiang cases are accused on the court (BBC).

THE DEFINITION OF A WAR CRIME

The UN defines war crimes, and it protected “people who are wounded and for civilians in and around a war zone” (Associated Newspapers Limited). This includes “the targeting of certain buildings, such as hospitals and those dedicated to religion, education, art, science, or charitable purposes”. Since Russia keeps attacking hospitals and nurseries repeatedly, these acts are accused as a war crime by others.

In terms of genocide, the definition is narrow and the application of the term is not secure. Therefore, the definition of a war crime seems wider and can be a reasonable reason to accuse their war. There is still concern about how that justice will be conducted in a court, or in which court, for the people who are suffering and forced to flee, we need to look back at the current justice system.