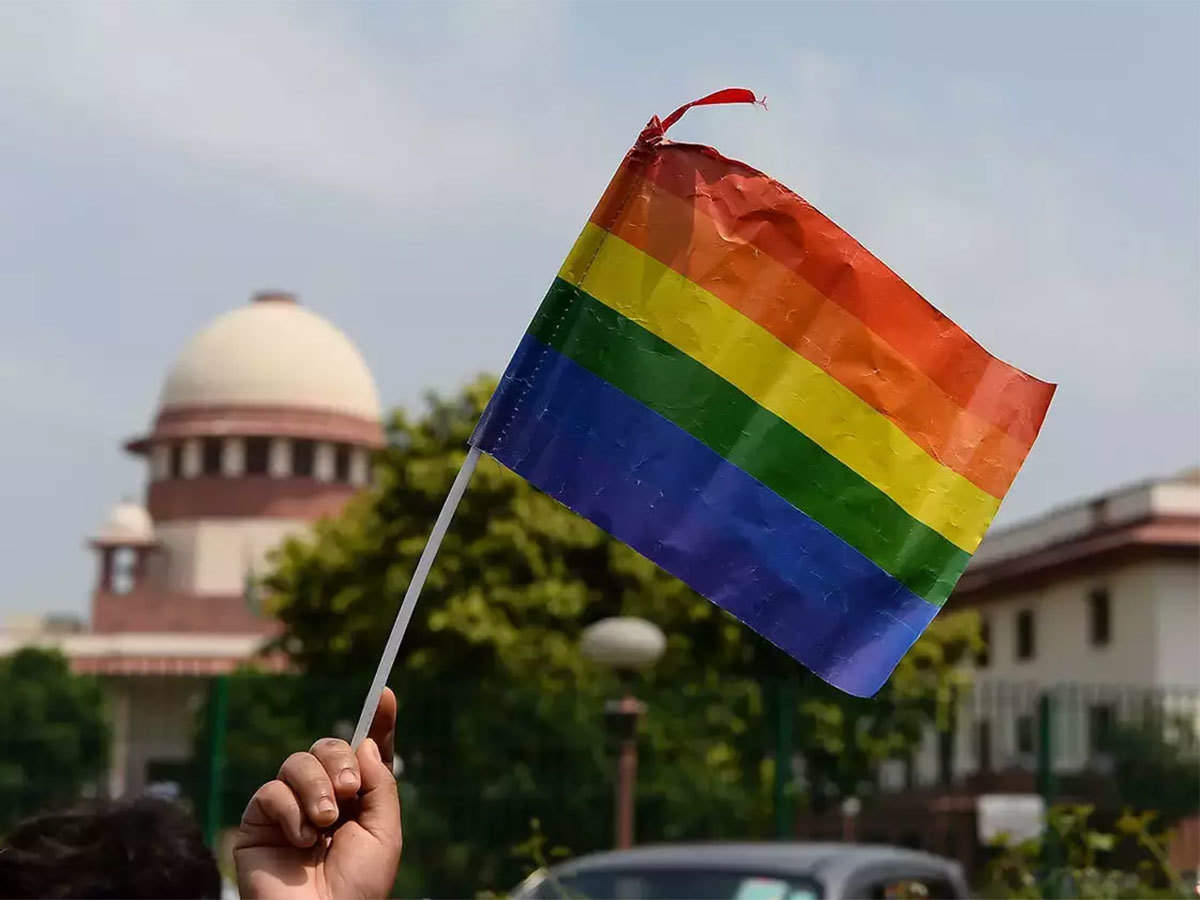 “I'm finally glad I can say I'm not a criminal in this country anymore.”
It was around 1:30 PM when I received a WhatsApp message from a dear friend. The day was September 6, 2018. I opened my Facebook, and the timeline was flooded with rainbow pictures. The struggle of almost two decades has finally ended with cheers. It appeared as if history has been rewritten.

On this day, three years ago, the Indian Judiciary took a drastic historical change by decriminalizing homosexuality in India. The Supreme Court of India ruled that Section 377’s application to consenting homosexual activity between two adults was deemed unconstitutional.

Although legalizing homosexuality was a bold move, is the Indian society willing to welcome the community yet?

Parinita Ray, a Jadavpur University student who identifies as non-binary, pansexual, and graysexual, believes that things haven't really improved since 2018. “Improvement isn't just about repealing a law, it's about how society and people react to it. How can I say things are changing when a police officer refuses to take a trans person's complaint?” They've been out since 2020 and have been subjected to a lot of microaggressions. “I was born and raised in a heteronormative society where straight identification is the norm. When it was discovered that I am attracted to women, I lost friends. People have told me it was just a phase.”

Awareness needs to be spread at the grassroots level, especially in the educational system. “Grammar books don’t include the LGBT community persons, and are mostly based on heterosexual terms,” Parinita says, “There is a need for a more inclusive educational system.” When asked about the issues the LGBT community still faces post-377, Tithi, from the Heritage College, who identifies themselves as pansexual is very vocal about it.
“First and foremost would be little to no representation and proper education. Queer adults have to come face to face with a plethora of unique issues each day, solely because we have been ostracized as the "other" for so long so imagine just how difficult it is for queer children, still on the path of exploring themselves, just trying to live. TV shows and cartoons don't show people like us because our existence is seen as inherently sexual and thus, inappropriate for kids. Our lives are topics for debates in colleges and platinum categories in PornHub. There is always an obvious air of hush-hush surrounding us. And that negatively affects queer kids.”

Tisha Biswas, who identifies herself as a bisexual woman says,” the situation has improved for people like me, those who were unable to come out. That is not narrow-minded, but that was because of being unaware of the fact that homosexuality is taboo. After the decriminalization, more homosexual people gained courage and came forward and tried to normalize the entire matter.” Even though Tisha herself has not felt any confusion about her sexuality, she knew some who felt it difficult to come out.  “When I came out as bisexual, it was a proud moment for me, because I thought I was different from others. But other than me, I know some people who tried to come out but their parents felt that it was a sin to commit. The decriminalization of homosexuality has helped them to rediscover themselves.”

Srijita Das, a Psychology student under Calcutta University and an ally says, “whenever we are asked about whether the scenario from LGBT has improved or not, we always tend to picturise the city. In big cities like Calcutta, Bombay, or Delhi, 90% of people don't discriminate. Even though they have a negative opinion, they usually don't say it openly. I would say there is more acceptance in the cities than in rural areas. But the picture is improving because progress comes with small steps. But more campaigns need to be done in rural areas especially. Doctors and Psychologists should be involved in these campaigns to spread awareness.”

The Indian Psychiatric Society (IPS) released a statement in February 2014 claiming that there is no proof that homosexuality is unnatural or any mental illness. Despite the statement from IPS, conversion therapy is still practised in some parts of India, which usually involves Electroconvulsive therapy, which can result in memory loss, drug use, seizures, depression, and suicidal thoughts. There is a completely different world in the country, far away from Pride Parades and heated social media discussions, where secret honor killings are still plotted, leaving a homosexual person with no choice except to flee in the middle of the night with no money or social support or both. In many places, lesbians are often raped by their family members to convert them into heterosexual individuals.

Rupam Bose, who identifies himself as a bisexual person, says the decriminalization was the first step to give the LGBT movement a shape, and the society altogether needs to take more steps to normalize homosexuality, “Since childhood, we (all community members) have had to deal with bullies regularly. So I feel that certain things will change over time, but there is still a long way to go from where we are now.”

Although many people are still unable to accept homosexuality in a normal way and still believe it is a mental sickness that needs to be cured, many are welcoming and supporting it. Aishee Das, a journalism student under Calcutta University, who recently came out to her parents as demisexual, has received immense support from her parents and friends. When she steps out the door, though, she notices that homophobia persists, “I still get the looks if I go out and get comfy in public with someone of the same sex.”

Rudro Chatterjee, a musician and an ally from Calcutta, is quite optimistic. “At least 60% of the young generation nowadays are normalizing and accepting, so the scenario is improving,” he said. “But I have been mocked often by many people whenever I gave my opinion to support the community. I don’t have an issue if people call me gay for supporting homosexuality, but the problem arises when they call me gay to make fun of me because they are actually making fun of the community, which I find to be a big problem.” He imagines that, while no issue can be totally solved, more people will step forward in the future to morally support the community, making the world a better place to live.