To Be, Or Not To Be Written By Shakespeare 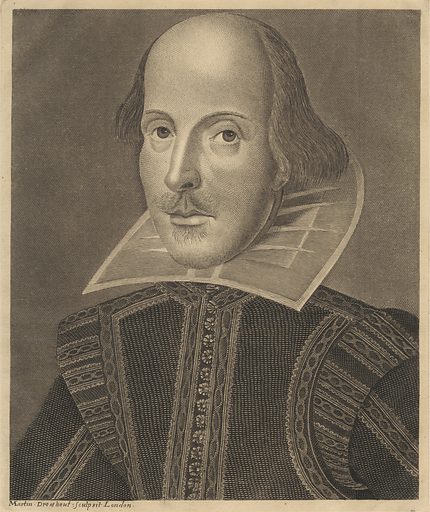 The theories questioning Shakespearean authorship resulted in a flurry of comments from the experts.

Reanne Saagar puts the theories to the experts.

The questions from countless theories populating the internet have been debated endlessly. If you’ve read ‘The Tempest’, you probably wouldn’t have noticed an acrostic reading downwards to spell F BACon; one of the frequently proposed authors of the Shakespeare plays. Francis Bacon was a philosopher and politician,so why would he write plays and poems? Even if he did, why would he hide behind the facade of a frontman named William Shakespeare? This theory is investigated on Youtube’s World History Documentaries channel, Timeline’s ‘Cracking the Shakespeare Code. It features a Norwegian organist, ‘Petter Amundsen’, who has an astonishing ability to see codes and believes he has decoded some messages in Shakespeare’s ‘First Folio’.

In the documentary, Petter says: “If I am right about this, then reality is indeed as fantastic or even more so than imagination because the implications are almost terrifying in the end.” He draws conclusions through hidden ciphers that two authors; Francis Bacon and Henry Neville, simultaneously wrote the plays and bargained with Shakespeare so that he’d appear as the writer. It is suggested that Francis Bacon was secretly the leader of the undercover Rosicrucian movement and concealed his name as an author because he was a powerful and political Elizabethan figure. Could he have used the plays to communicate with an illiterate audience?  Amundsen’s theories are quite popular in the sub culture. A comment in support said: “It takes a brilliant mind to see codes and in those times they were used, they had to sometimes make statements that were political and against the norm of the church, that is a known fact.”

Dr. Tom Rutter, a Senior Lecturer in Shakespeare and the Renaissance at the University of Sheffield, argues “After considering the theories as an intellectual exercise, they are quite dull, because they tend to avoid engaging with historical evidence in favor of misplaced ingenuity (unbelievably ingenious ciphers, etc.).”

However, one mysterious point about the ciphers raised in the documentary points out that when Amundsen searched the number of times 'Bacon' came up in the entire folio, it was twice only. On page 53 of each section; a number proposed to be synonymous with Francis Bacon and his Rosicrucian movement. Dr. Rutter believes: “There are some interesting conversations to have about Shakespearean authorship, such as how his play-writing relates to known theatrical practices such as collaboration, revision, and so forth. However, authorship conspiracy theorists don't tend to engage with this kind of historical detail.”

Another popular theory commonly discussed over the years is that Shakespeare’s parents were illiterate, and poor. There was no evidence that he was even educated. Therefore, theorists challenge how he wrote such astonishing literary works. The Deputy of English at the University of Sheffield, Professor Cathy Shrank, has researched Early Modern Literature and published journals on Shakespeare’s poems. She talks about how the theories arise from the Early Modern Period and misunderstanding the culture. She explains “Quite a lot of the plays hinge on the fact that Shakespeare comes from a tradesman’s background and that there’s this disbelief that someone from a working-class ordinary background could be so educated, so literate, so talented and so there’s a kind of classist element to the theories.”

Academics believe Shakespeare received an education and went to grammar school. Professor Shrank says: “The 16th-century grammar school was very immersive, very intense. You were basically learning, reading, and translating Latin texts and a little bit of Greek as well from quite an early age. So the background, the education that you received at grammar school would be a very culturally rich one.”

It’s hard to imagine the effects of Shakespeare ceasing to have written such world-renowned works, which have been treasured as if they'd been written by the Gods themselves. However, if we think about how early Modern Literature concealed women writers; including Frankenstein being originally published anonymously. People assumed Percy Shelley had written it along with the preface in 1818. It was then revealed that it was actually written by his wife, Mary Shelley. Surely, if this happened in the 1800s, there is every possibility, it happened centuries before when Shakespeare’s plays were published. What if educated women wrote plays and weren’t allowed to publish them so were forced to conceal their identities?

Professor Cathy Shrank says: “James Shapiro in his book, Contested Will, sees a kind of revival of interest in the later 20th century as being linked to Watergate and the increasing receptiveness to conspiracy theories because there’s been a known cover-up. You can probably see something similar happening now. We are living in an age of conspiracy theories and distrust of the state and cultural institutions linked to the state. It’s that kind of skeptical age that would rather believe the elaborate complicated thing than what appears on the surface and the internet allows conspiracy theories to spread and gain purchase.”

What will this mean in the bigger picture?

Whether it was Shakespeare or Bacon or Neville, does it matter? Can’t we still appreciate the fantastic works and literary intelligence of the poems, sonnets, and plays? Would the effect be so significant?

A lecturer in Early Modern Literature at the University of Sheffield, Emma Rhatigan, says: “I think there would be huge economic implications for institutions such as The Royal Shakespeare Company and The Globe. Their marketing is really dependent on the figure of Shakespeare and, of course, they have an economic influence on other businesses. I'm thinking, for example, of the Stratford-upon-Avon tourist industry.”

Dr. Rutter says: “I do think that the 'Shakespeare industry' focuses on Shakespeare as a cultural figure in a way that has little to do with the content of the texts because it's much easier to engage with a culture of dead celebrities than to read or watch challenging literary and dramatic materials. On the other hand, if you go to the opposite extreme and say it doesn't matter who wrote them, then you're removing the texts from history and from the cultural dynamic they grew out of, and for me, that's even more problematic.”

The “ramifications for education”

Would this affect our schools, educational systems, and everything English literature is based on?

A Sheffield secondary school English teacher, Vinay Saagar, says: “Shakespeare has crossed the boundaries between all types of people in a way that nothing else has. It’s the only literature that seems to unite people rather than cause ‘us’ and ‘them’.”

Furthermore, Emma Rhatigan says: “There would be ramifications for education. At the moment most schools will teach at least one Shakespeare play. I think they would have to ask difficult questions about these plays if they no longer had such a cultural status. Would they still want to teach them? And if so why? Oddly enough I think the consequences might be less in terms of the academic study of the plays. After all, the plays wouldn't change. Nor would what we know about how they were staged and printed.”

Shakespeare is a literary hero that is introduced to us as children early in and throughout school. The language dances around you and you feel like you're entering a time machine of swirling posh lingo that existed in the 1600s. As a school teacher, Mr. Saagar offers an alternative perspective on Shakespearean authorship. He says: “It’s important for children nowadays or the next generation to find their own heroes. Shakespeare might have been a hero for many people but he doesn’t have to necessarily be the hero for our latest generation. We have a duty to nurture their autonomy and individual voice; we should encourage them to seek their own heroes and find 'the next Shakespeare' as opposed to looking back retrospectively on life.”