To Celebrate or protest, that is the question. 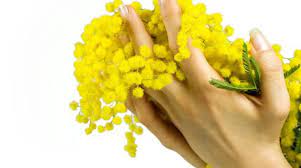 March the 8th is officially recognized as International Women’s Day, backed by a definition that wants to emphasize the social aspects at the expense of those merely worldly. The term “feast" that is most commonly used, however, is not exactly the correct denomination: International Women’s Day celebrates the economic, political, and cultural progress achieved by women around the world. This recognition is based on a universal principle that is free from divisions, whether ethnic, linguistic, cultural, economic, or political.

This day was established to commemorate the social, economic, and political achievements of women but also the discrimination they have been and still are the object of in the world. The first National Women’s Day was celebrated on February 28, 1909, in the United States on the initiative of the American Socialist Party, which chose this date in memory of the strike of thousands of New York shirt tailors who, the year before, had forcefully claimed better working conditions. The following year the anniversary was also introduced in Europe under the impetus of the Socialist International, which, during the course of the congress in Copenhagen, decided to establish International Women’s Day to promote their rights and to support the campaign for universal suffrage.

In 1914, Women’s Day was celebrated for the first time on 8 March. This was perhaps a random choice since it was a Sunday. Exactly three years later, in Saint Petersburg, women protested loudly demanding the end of the war: that was one of the first manifestations of the so-called "February Revolution” (according to the Julian calendar, then in force in Russia, it happened on February 23rd) followed four days later by the fall of the Tsar. The provisional government that was born granted women the right to vote. After the Bolshevik Revolution, it was Vladimir Lenin who established March 8 as an official holiday.

Over the years, however, legends about the birth of Women’s Day have spread. Among these, the one according to which it was established, was to remember a fire that killed hundreds of workers in a shirt factory in New York on March 8, 1909: fire that, in reality, there was never, unlike what consumed 140 victims on the 25th of March, 1911.

International Women's Day was first observed by the United Nations in 1975. According to Women Watch, the United Nations General Assembly chose to commemorate International Women's Day for two primary reasons: the first is to acknowledge that achieving peace and social reform, as well as full enjoyment of human rights and fundamental freedoms, requires women's active engagement, inclusivity, and progression. The second is to recognize women's involvement in the promotion of international peace and security.

It is true that gestures can be symbols and that symbols can be means to bring a theme to public attention. But for all this to make sense, these gestures must emerge from the rhetoric of performance and become moments of reflection and collective position. To do so, it is necessary to stop thinking only on the occasion of calendar anniversaries. Starting from these days and then expanding the reflections to all the other days is feasible only if the theory becomes a daily practice.

Today, as never before, it is important to understand the key to reading that we want to give to events, to daily life, to the struggles that we carry on and in which we believe. This is a struggle that sees so many protagonists, very few friends, and only one enemy: a supremacist, racist, misogynistic, sexist, colonial, and capitalist ideology.

HOW I HAVE EXPERIENCED GENDER STEREOTYPES