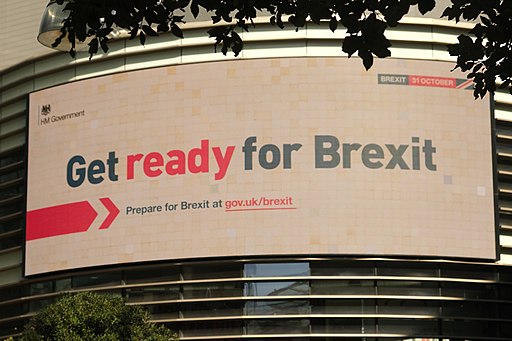 On the 23rd of June 2016, the UK held a referendum on its membership of the European Union, where the entire voting population of the country could vote for an ‘in’ or ‘out’ view of the question. The campaign was one that demonstrated the toxicity that has developed in British politics. Examples include one of the main figures of the Leave campaign and UKIP MEP, Nigel Farage, posing in front of a poster with a queue of migrants under the slogan ‘breaking point,’ and David Cameron, the then-Prime Minster, saying that the leader of the terror group, ISIS, would be glad of a UK Leave vote – demonstrating the level of scaremongering that each side resorted to in the run-up to the vote.

As if on cue to demonstrate the consequences of such toxicity in politics, just seven days before the vote Labour MP Jo Cox was murdered in her constituency by a supporter of the far right. As writers for The Guardian put it: “[The perpetrator’s] “death to traitors” outburst during his first court appearance shows he regarded Cox as one of “the collaborators”, the white people who had betrayed their race.”

A 2016 report by the Joseph Rowntree Foundation, an independent organisation working against UK poverty, found that households with an income of less than £20,000 a year, unemployed, or with no qualifications were much more likely to have voted to leave the EU. Educational inequality was the largest driver of an individual’s voting intention, highlighting the divide that exists in the UK between those with university degrees and those without.

In fact, commentators such as Grant Feller have argued that the vote reveals that there are ‘two Britains,’ the London/media bubble, which is perpetuated by mainstream media, and then the rest.

Or as Tim Marshall describes in his book, ‘Divided,’ the UK is split into the ‘anywheres’ and the ‘somewheres.’ This is the divide, which closely follows the split in education level, of those who can travel and feel at home anywhere (for example those with university degrees who are happy to move to where they can find work – which is often London) and those who prefer to stay or return to their hometown. In fact, 55% of Britons live within 15 miles of their hometown.

The media – TV presenters, journalists, etc – as well as politicians, fall into the ‘anywheres’ category, and so many argue that the Brexit vote was a statement against this class of what many people see as a ‘metropolitan elite’: A result of politicians feeling out-of-touch to ordinary people.

The highest-leave-voting areas were the most deprived. The places that one might consider to be ‘left behind’ were the ones with the strongest leave vote. The trend is clear, and it points to a resentment of the political class, led at the time by David Cameron.

Much has changed since that referendum. The remain-leave split in the population continues to define people’s allegiance more widely than traditional party splits – a December 2021 poll conducted by Redfield and Wilton Strategies found that 16% and 15% of respondents identified themself as a Conservative or Labour voter respectively, compared to 23% and 23% that identified as a leave or remain voter.

Nevertheless, the UK’s parliament is chosen based on party allegiances, and since the referendum there have been two general elections, the first in 2017 which saw Labour surge under Jeremy Corbyn (but not enough to form a government), and the second in 2019, which saw the Conservatives win a landslide 80-seat majority in Parliament and will be known for Boris Johnson’s ‘oven ready’ deal after Theresa May’s failed attempts to reconcile her party to the agreement she negotiated with the 27-nation bloc, and Johnson’s ‘Get Brexit Done’ slogan. He proudly proclaimed to have fulfilled this slogan in his recent resignation speech.

In the same timeframe, the UK has been led by three different Prime Ministers, with the Conservative Party in the process of choosing the fourth.

So where are we now?

One of the main areas of dispute during the referendum was the freedom of movement of goods and people between the EU and the UK. Since the UK only has one land border - with the Republic of Ireland – there are two foci for this argument: the ports and the North-South Irish border.

For the Irish border problem, the agreement currently in place means that customs checks must take place on goods entering Northern Ireland (NI) from the rest of the UK, and then the goods can be freely traded over the whole island of Ireland with no hard border between NI and the Republic. This protects the integrity of the EU customs union without creating a hard border on the island of Ireland. The EU and Sinn Fein, NI’s largest nationalist party, support this current arrangement.

However, the UK government, along with the largest Irish unionist party, the DUP, do not support this arrangement as it creates a de-facto border between NI and the rest of the UK. The UK government has said that it would go against the protocol and unilaterally change the agreement so that the checks do not have to be carried out on goods destined for the NI market, therefore removing the de-facto border within the UK.

The EU argues that this would be against international law and the UK cannot simply change an international agreement between it and 27 other countries, and took legal action against the UK on the 15th of June, calling for the government to return to negotiations to prevent a possible trade war.

Over the last weeks, there have been long delays at the Port of Dover, the busiest UK-EU crossing point for goods and passengers, which some have attributed to Brexit, arguing that the country was simply not prepared for the additional checks and paperwork that is required to move goods across the Channel.

Airports too have seen delays, cancellations, and long queues all summer as the country’s border infrastructure faces its first real test of the post-Brexit protocols since it was implemented. After last year’s travel restrictions, passenger numbers are back to normal. People in the air travel industry appear to attribute these delays to under-investment during the covid era, and a lack of ground-handling staff. This led to Heathrow Airport implementing a daily restriction on passenger numbers to 100,000 per day, to ensure the infrastructure can cope with the demand.

London Heathrow airport, the UK’s busiest, said, as quoted in The Daily Mail, “We estimate that airline ground handlers have no more than 70 per cent of pre-pandemic resource, and there has been no increase in numbers since January.”

“In the second half of June, as departing passenger numbers regularly exceeded 100,000 a day, we started to see a worrying increase in unacceptable service levels for some passengers.”

While the airport chaos is not due to Brexit in the same way that extra paperwork causes delays at ports, many experts have ascribed the staffing crisis to Brexit.

"We are only relying on individuals who already had the right to work in the UK pre-Brexit and UK citizens. The challenge is now we've come into a situation where not only Brexit has taken place, but we've lost a large amount of skillsets from the aviation industry to non-airport businesses."

Michael O’Leary, the boss of low-cost airline Ryanair, said in July that the disruption in air travel this year is “completely due to Brexit,” adding that “This government couldn’t run a sweetshop.”

If this government is being accused of being incompetent, how about the next one? With the Conservative Party leadership contest narrowed down to two finalists, and the result to be announced on the fifth of September after a Party members’ ballot, what are the two contestants saying about Brexit?

79% of Conservative party members, and therefore those choosing the UK’s next Prime Minister, support Brexit. This makes Brexit an important point for the contest, and so far there is not that much difference between the two candidates.

Although Liz Truss fought the referendum on the Remain side, she, like Sunak, now takes the hard-line on Brexit, promising to remove all EU laws by the end of 2023 if she becomes Prime Minister.

Meanwhile, Rishi Sunak has promised to ditch the EU laws that are “getting in the way” of British business.

Whatever the candidates promise, they cannot be taken too seriously: the 2016 referendum promises tell us that much. What is clear is that difficulties with recruitment for the goods and travel industry have led to unprecedented price rises across the country. People are struggling to feed their children over the summer holidays. People from railway and bus workers to barristers and teachers are either striking or planning to, and anyone wanting to leave the country for a quick getaway faces a six-hour wait for passport control.

While blaming Brexit appears to be a taboo in politics, supporting it is considered a virtue within the Conservative party – and this is the case whatever its cost.

Leave means leave. But Brexit is Brexit for Brexit’s sake.