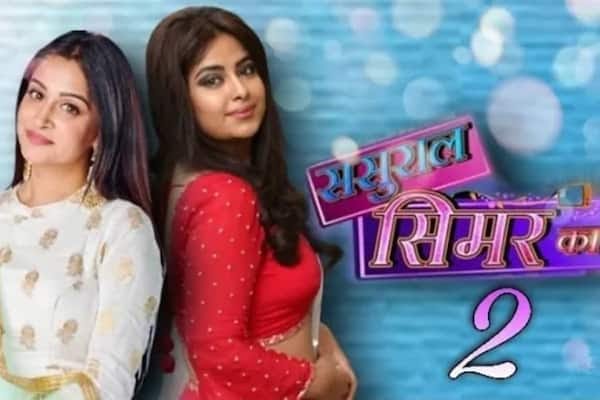 Cable Television in India has come a long way since its inception in 1975. From the first colour broadcast in 1982 for Independence Day and the introduction of Satellite TV in 1992 to the Television Networks (Regulations) Amendment Act, 2011 which made digital satellite transmission mandatory in India, a lot has changed.

There was a time when every single household, irrespective of class, had a cable TV. Everyone got every single channel there that a particular cable person had to offer. Digital cable slowly changed the landscape, and only those who could afford it would get all the channels. Those who couldn’t only get the few they can afford.

This was the norm until streaming services were introduced in India. At first, BIGFlix was introduced by Reliance in 2008, followed by nexGTv by Digivive in 2010. Later, DittoTV by ZEE and SonyLiv were introduced in 2013. DittoTV is now ZEE5 and SonyLiv continues to be a popular streaming platform. Later in 2015, Netflix came to India, and Hotstar was launched. This started the boom of OTT platforms.

Together, that makes 511 million subscribers of popular Indian streaming services.

Most of these streaming services are popular among the masses are Indian ones. People watch daily soaps and reality TV on these services. Apart from that, they also watch shows that are not available on mainstream TV. Shows like Scam 1992, Paatal Lok, The Family Man, and others have gained huge popularity over the pandemic. People can watch these shows without ads by paying for the service. They also have low subscription costs. A Netflix subscription can cost as low as 199/- per month.

There is also the problem of the shows not being able to sustain themselves after the pandemic hit. Many shows including popular ones like Taarak Mehta Ka Ooltah Chashmah and Yeh Rishta Kya Kehlata Hai had to stop shooting when the pandemic first hit. People then moved to stream services where they can watch shows that they loved but don’t air anymore or reruns of their favorite shows.

But the shows on cable TV are still receiving low TRPs. Baalveer 2, Shaadi Mubarak, and Prem Bandhan are now going off-air despite having a good run for a while. When the rerun of Ramayan aired, many people turned to their screens to watch it. The serial got more viewers than Games of Thrones, which previously held the record for most viewers. The reason why people watched it could be the attachment that the audience has with the serial. It reminds them of their past and also makes the elders talk about the show and its relevance back then to the younger generation. This is the same with the shows aired on streaming services. These shows are also viewed for nostalgia.

As far as shows on cable TV are concerned, they are becoming increasingly repetitive. Shows that were popular many years ago are having a second season. Shows like Saath Nibhana Saathiya, Sasural Simar Ka, and Kuch Rang Pyar Ke Aise Bhi came back to TV. This means there is a dearth of new, original content. This also means that the audiences are not showing interest in new content that is available.

Celebrities who work on these TV shows have themselves said many times that their shows are similar. Sometimes they are love stories centered on a girl who either has a lot of problems or is very happy in life. Sometimes it’s something like Naagin and Nazar. Mostly it’s saas-bahu related. Celebrities demand shows that aren’t similar to these. This is where streaming services come in.

Streaming services not only offer a broader variety of shows from crime and horror to comedy and other genres, but they also offer shows and films from other countries. Voot for example airs shows like F.R.I.E.N.D.S, Brooklyn99, and others. Netflix and Amazon Prime Video have a host of international shows along with Indian shows and movies.

There are also reality TV shows that are available. For example, Voot has 24-hour viewing available for every season of Bigg Boss. That means you can watch the members of the show inside the house whenever you want to. Wild Villa (Splitsvilla spin-off) is only available on Voot Select.

Streaming services give second chances to yesteryear actors. In the recent past, actors like Karishma Kapoor, Sanjay Kapoor, Sushmita Sen, and Bobby Deol. It also gives more opportunities for seasoned actors to showcase their skills. When Netflix first came to India, Radhika Apte was in almost every Netflix original TV series. Now Huma Qureshi, Pankaj Tripathi, Richa Chadha and other actors critically acclaimed for their actions have also joined the bandwagon.

This is because the streaming services cannot make content that is similar or repetitive. Otherwise, they will lose their audience. They have to come up with original content that is also fresh in some way or the other. They need to ensure that all types of audiences find them interesting, from the audience that watches comedy to one that watches romance.

It is also interesting to see how streaming services tend to have better writers. This is because the writing cannot be changed and has to be engaging enough to capture the audience as soon as it airs. The TV serials depend highly on viewership and if something is not working, they change the track of the show in a week. That gives TV serial writers very little time to come up with something new.

There have to be fundamental changes in the way TV serials work. They can be made in seasons so that the writers have time to refine the story in the second season if the first season does not work. They can also be made into a set number of episodes like 16 episodes or 32 episodes like Korean dramas or other Asian dramas. Another way of bringing about change is seeing comments of users on streaming services or social media. If there is something they would not want, then that should either be avoided or changed (if possible).

If the TV channels keep creating too similar serials, the people will keep moving to stream services and the TV serials will not be able to sustain for long. The pandemic brought with it an opportunity to reflect on why people are making the switch. It is time the TV channels looked carefully into it, too.