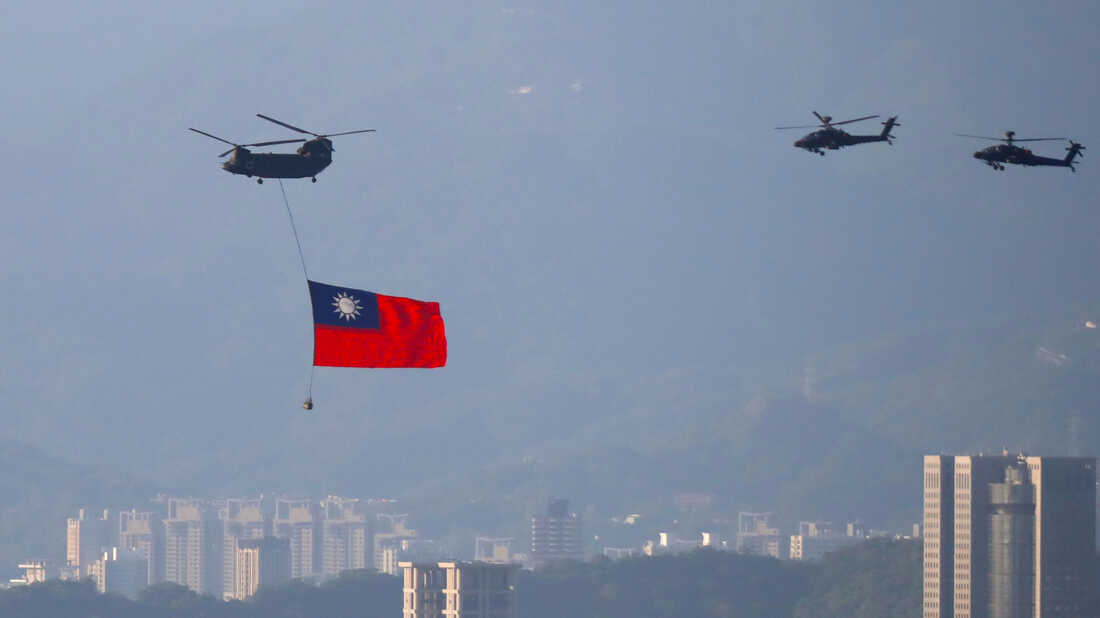 Ukraine and Taiwan share remarkable resemblances. Both are small democracies, facing aggression from their authoritarian neighbours. Their existence was also denied constantly. Putin claimed Ukraine as a historic part of Russia, whilst Xi believes Taiwan is a rogue province of China. Their struggle for self-determination continues for decades. After years of border conflict and the recent military build-up, the Russian Army finally invaded Ukraine on 24 February 2022. Putin’s decision shocked many and put Western democracies to the test. Yet, in the East, China continues to threaten democratic Taiwan. From the lens of the Chinese Communist Party, Taiwan is a threat to its national security, a similar justification by Russia to go to war.

After the CCP’s triumph in the 1949 Chinese Civil War created the People’s Republic of China (PRC), remnants of the Nationalist party, who stood for the Republic of China (ROC), fled to the island of Taiwan. Since then, hostile relations have existed between the two states. Throughout the early stage of the Cold War, China tried to reconquer the Taiwanese territory of Matsu and Quemoy. Nonetheless, it all failed. The paradox of having two China was solved when Nixon visited the PRC, recognising its legitimacy and power on the world stage. Unfortunately, it ceased its official relations with the ROC. Taiwan has since then been a state with no say on the global stage. The late twentieth century saw the two states repairing their relations. A 1992 consensus was drafted to establish cross-strait communication and friendly economic exchange.

But as China inevitably rose to global hegemony, Chinese leadership began to re-examine the issue of Taiwan. Taiwanese President Tsai Ing-wen has reiterated its state’s sovereignty and territorial integrity to the world, though Chinese military build-up across the strait proposes the possibility of invasion. The Chinese air force often conducts exercises over Taiwan’s airspace. Footage of the Army’s drill also shows urban battles, a simulation of the expected type of warfare on the island. The US stayed a ‘strategic ambiguity towards Taiwan, though supporting the island’s claim to sovereignty and democracy and accepting China’s banner of ‘one-China’ only. Now, China is prepared to move the saying of ‘one China’ from theory to practice. Nevertheless, the war is not imminent, and it depends on how Taiwan and the world would respond to future aggression. There are four crucial lessons the Taiwanese government should draw regarding Taiwan to ensure its sovereignty and territorial integrity.

First, no states will come to the rescue once war breaks out. Ukraine’s safety was supposed to be guaranteed under the Budapest Memorandum when it gave up the Soviet’s remaining nuclear arsenal. Nonetheless, reality proves otherwise. The Taiwanese government needs to strengthen its defensive capability and prepare to fight alone. In 2018, the government ended the mandatory conscription programme favouring a smaller professional force. Though Taiwan’s strategy lies with resistance, conscription should be reinstalled for territorial defence units. Ukraine’s opposition was able to build up rapidly under the territorial defence. In addition, the military needs to stock up and modernise its equipment. Indeed, there is no match against the Chinese army. Once China secures air and naval superiority, the island will be isolated from foreign aid. The government should reinforce its defensive position while preparing for a war of attrition and the phase of guerrilla warfare.

Secondly, Taiwan should continue to make itself irreplaceable. Foreign countries are still significant in helping Taiwan fight off aggression. Taiwanese semiconductor production is indispensable to global technology businesses, supporting multinational technological giants in innovative developments. Engaging with foreign economies helps promote Taiwanese interest internationally. By becoming a choke point in the worldwide supply chain, foreign nations would pay more attention to its situation. Ukraine’s grain export was essential to a lot of countries. As the war disrupted its global supply, the shortage widely affected many countries. The economic consequences encouraged civilians to keep up with international news, pressurising the government to support an immediate peace resolution for the conflict. Taiwan’s dominance in the semiconductor industry could pose a similar effect. Cutting off supply could affect technology industries, causing a shortage of tech products, such as smartphones, computers, and cars. Given these are essential in western economies, it could help encourage westerners to support their cause, scrutinising China’s aggression.

Furthermore, Taiwan should engage in a military exercise with neighbours and strengthen its regional alliance. The US has noticed Taiwan’s strategic value in balancing China’s hegemony. In the ‘first island chain’ strategy, a line is drawn from South Korea, linking with Japan, Taiwan, and the Philippines. As the US stays in close military cooperation with these countries, they are used as deterrence to restrict China’s military expansion to the pacific. Since Taiwan is the only obstacle to China’s direct access to the Pacific, its government should remind the West of this exact function. Cooperation with neighbours could also help plan the work of coordination in the case of war. Western weaponry and technologies strengthen Ukrainian resistance efforts. If Taiwan could plan and draft up supply exercises, it could help prolong a conflict in China, even deter its ambition in the first place.

Last, and most importantly, the prospect of securing nuclear deterrence. China has had nuclear weapons since 1964, along with its latest breakthrough in hypersonic technology. It has matched, even surpassed, the US nuclear capability. Undisputedly, the idea of launching a nuclear programme is considered unspeakable and “evil” by the West. However, Taiwan should not deny the effect of nuclear deterrence. Take the example of Japan, a nation with advanced nuclear capability due to its ability in atomic power, effectively allowing the state to get atomic weapons rapidly if needed. However, in the recent Taiwan referendum, the public voted down the initiative to activate its fourth nuclear plant. The government and the public need to understand the vital importance of nuclear deterrence. This last resort would be the endmost yet most compelling deterrence in the outbreak of war.