Uncovering Racism in the time of Crisis (Part 1): Media Reportage 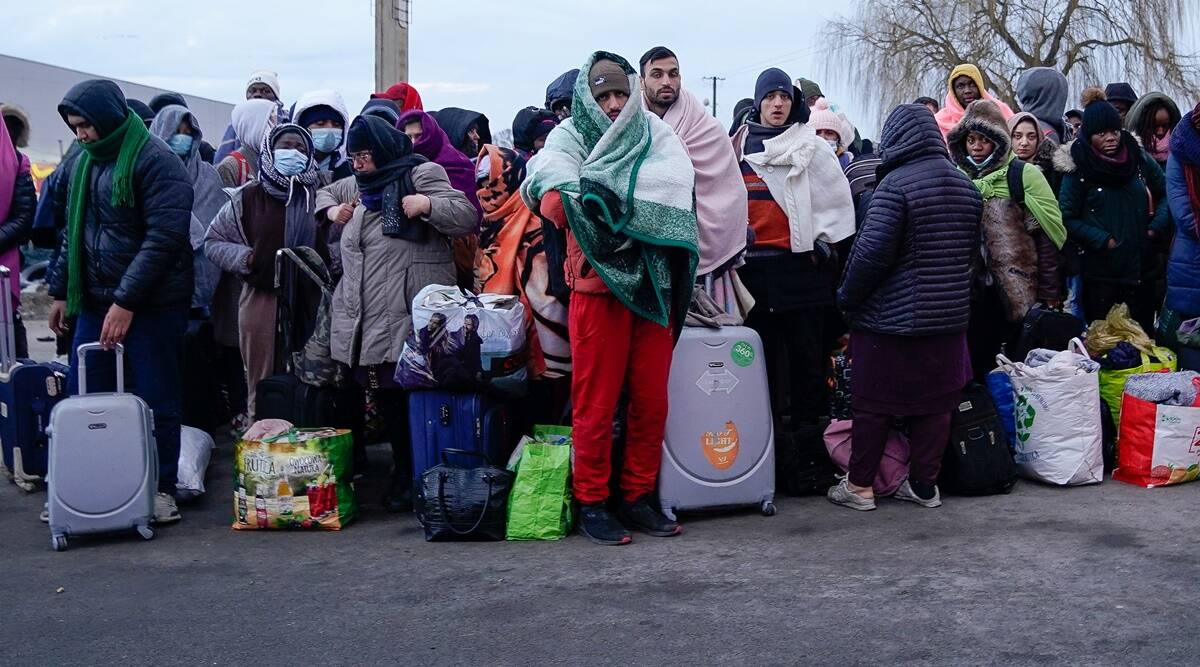 On February 24, Russia breached Ukraine's border from land, sea, and air, launching a full-scale “special military operation” against the country with the intention to invade it. However, Russia’s President Vladimir Putin and his ministers have refrained from using the term “invade”, stating instead that his goal was “demilitarization and deNazification of Ukraine;" he added, “Russia cannot feel safe, develop, and exist with a constant threat emanating from the territory of modern Ukraine.”

Several reports before the attack indicated Russia’s intentions, which led many foreign countries to issue advisories for their citizens to leave Ukraine in the upcoming days. Today the conflict entered its 15th day and according to the UN, more than 1.7 million people have been displaced and forced to flee the country, making this the largest emerging refugee crisis Europe has seen since World War II.

The people from Ukraine have been fleeing and seeking asylum in the neighbouring countries along the western border, which includes Romania, Poland, Hungary, Moldova, and Slovakia. These countries welcomed Ukrainian refugees with open arms, but not everyone received the same treatment. Since February 27-28, first-hand accounts, videos, and images emerged that non-white people at the border were being discriminated against and reportedly denied entry to these countries.

Around the same time, there was an outrage on social media about the coverage of several prominent, mostly western outlets on how biased the narrative surrounding this conflict was.

Journalists from prominent media outlets- BBC, CBS News, Al Jazeera, BFM Tv, The Daily Telegraph, and ITV (UK) faced criticism for their coverage of the conflict in Ukraine and the subsequent refugee crisis. The reportage was deemed “racist” on social media and was slammed by other news outlets, including, The Arab and Middle Eastern Journalists Association (AMEJA), saying that this coverage had “orientalist and racist implications”.

Journalists reporting from war zones at the risk of their lives and safety is commendable, however, in a time of crisis like this, choosing one's words and comments becomes even more important, they should be sensitive to people’s experience instead of trivializing. The statement by AMEJA asks media outlets to refrain from making such comparisons, “weigh the significance or imply justification of one conflict over another — civilian casualties and displacement in other countries are equally abhorrent as they are in Ukraine”

On February 26, 2022, reporting from Kyiv, Charlie D’Agata, a CBS reporter said the following, “This isn't Iraq or Afghanistan...This is a relatively civilized, relatively European city, I have to choose those words carefully too, where you wouldn’t expect that or hope it’s going to happen”. The implication of the “carefully chosen” words, intentionally or not, was that the element of surprise of this conflict was that it was happening in Ukraine, in a “relatively civilized, relatively European city”. As opposed to this happening in Iraq or Afghanistan which are less “civilized”, and the conflict is expected of them? The following day, the CBS reporter apologized on air for his statement.

Another example of a racist remark was a statement by Ukrainian Politician and Prosecutor David Sakvarelidze who on-air in an interview with BBC said the following, “It’s really emotional for me because I see European people with blue eyes and blonde hair being killed, children being killed every day with Putin’s missiles and helicopters and rockets”.
Palki Sharma from WION called out this statement, saying “That is why this so-called expert on the BBC is emotional, not because the people are homeless, not because their country is being invaded, but because their hair is blonde”.

A correspondent from NBC News, Kelly Cobiella, went so far as to compare refugees in Ukraine to Syria on the basis of their religion and as well as race, “These are not refugees from Syria. These are refugees from neighbouring Ukraine. I mean, that, quite frankly, is a part of it. These are Christians. They’re whites.” What makes these refugees different from the ones fleeing war from Syria is implied by the latter half of the reporter’s statement.

ITV News correspondent Lucy Watson made the following statement, “Now the unthinkable has happened to them. And this is not a developing Third World nation. This is Europe!”. This begs the question, why is the crisis “unthinkable” is it because it is unfolding in Europe as opposed to some “developing third world nation"?

However, it was not just western media as an anchor from Al Jazeera, Peter Doobie made the following statement, “What’s compelling is just looking at them, the way they are dressed, these are prosperous, middle-class people. These are not obviously refugees trying to get away from areas in the Middle East…or North Africa. They look like any European family that you would live next door to.” The classist undertone of this statement, along with the comparison to the Middle East or North Africa, led the Qatar-based news outlet to later apologize for their presenter’s comments, saying they were “insensitive and irresponsible” via a tweet.

The following statement was made by journalist Philippe Corbé on France’s BFM news channel, “We’re not talking here about Syrians fleeing the bombing of the Syrian regime backed by Vladimir Putin. We're talking about Europeans leaving in cars that look like ours”, who later admitted his remarks were “clumsy but taken out of context”.

These statements emerged at the beginning of Russia’s invasion of Ukraine; it was a time of crisis and chaos. These narratives laced with racist and classist undertones led many to point out the hypocrisy of media coverage and their comparison of Ukraine to Iraq or Afghanistan or Syria, as anchor Mehdi Hasan from MSNBC said, “First off Europe has been home to some of the worst wars and worst war crimes in human history- and second when they say ‘oh, civilized cities’… ‘well-dressed people’ and this is not the ‘The Third World’ they really mean white people don’t they?”

These were just some of the comments made by the media during the initial days, however, this kind of reportage led, the AMEJA, a network of Arab and Middle Eastern journalists, to condemn and call out this type of reportage in a statement, “orientalist and racist implications that any population or country is “uncivilized” or bears economic factors that make it worthy of conflict. This type of commentary reflects the pervasive mentality in Western journalism of normalizing tragedy in parts of the world such as the Middle East, Africa, South Asia, and Latin America. It dehumanizes and renders their experience with war as somehow normal and expected”.

To conclude this part of the discussion, these remarks, their “orientalist and racist implications” were made by mainstream media. A crisis that was supposed to be viewed as a humanitarian one and a topic to be covered with sensitivity rather became one about race, religion, class, and a “third world” problem. The crisis which led to the displacement of millions of people, which should be seen as appalling across the world, was rather“normalized” in some parts of the world, whereas it was shocking in others.

*Due to the length of the article, it has been split into two separate ones, please follow this link to read Part 2*