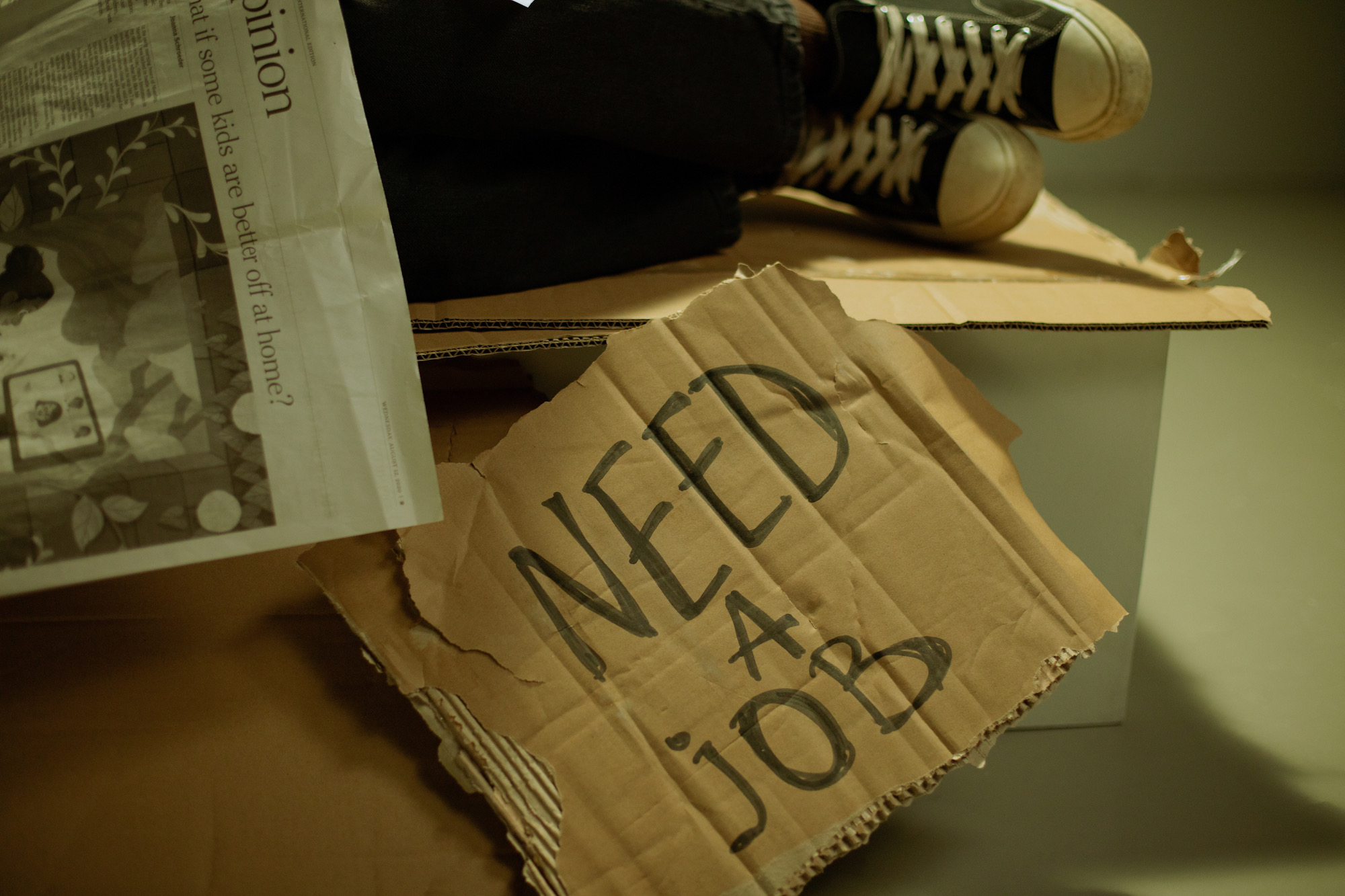 South Africa's unemployment rate rises year after year. Society heavily invests in the youth, which is valued as the nation's future. This is accomplished by the provision of free education, the establishment of organizations solely dedicated to the protection of the rights of the youth, and the prioritization of employment, yet the youth continue to suffer greatly because of the problematic issue of unemployment.

Some of the youth in South Africa is privileged enough to pursue higher education. When it comes to the financial aspect of tertiary education, it is a stressful subject. Since everything from registration fees to purchasing required books or instruments for the course, to annual fees becomes extremely expensive, the majority of the youth struggle to afford all of these expenses. Two years after the Fees Must Fall Movement (a movement aimed at addressing tuition increments) received widespread attention in 2015, Statistics South Africa (Stats SA) declared that 51% of the youth struggled regarding university costs and annual fees. With all the financial aspects considered it is still not guaranteed that going to university and paying obligatory expenses will result in employment.

Even though the apartheid regime intended to maintain white dominance by systematically racially segregating communities, leading to war-like conditions, potential students, classified as non-white at the time, were able to be admitted into their designated university with the assistance of bursaries and scholarships that were made available. In an article published on the Politics Web website, Apartheid and the Universities, it is stated that between the 1980s and the 1990s over 100 000 black students had been enrolled in a South African university. During that time the graduation to students dropping out ratio was higher. Some bursaries and scholarships would pay full tuition and require the student to work for that company after completing their studies which sometimes was part of the terms and conditions regarding the bursary or scholarship.

This means, employment pre-1994, was not a scarcity for graduates. Internships and employment for graduates were not difficult to access because of the benefits bursaries and scholarships offered. The article Black Students, Politics and Higher Education, by Saleem Badat, elaborates on this, stating that in 1977 many black students received state bursaries and loans. The South African Race Relations calculated that 67% of colored people and 86% of Indian people that were enrolled in teacher-training colleges were funded by the state. State bursaries amounted to R46 million and R14 million was spent on colored and Indian students with potential. An example of international programs from overseas offering funding would be bursaries offered by the W.K. Kelloggs Foundation. On their website they state, “In the face of apartheid, college scholarships from the Kellogg Foundation gave unprecedented opportunities to Black South Africans,” adding that in the mid-1980s, they developed programming into southern Africa.

According to research conducted in 2021 by The Conversation, 88% of graduates were employed, but amongst that percentage some were underemployed. Underemployment defined by the Corporate Finance Institute is when a person does not work full-time or accepts a position that does not reflect their true qualifications. This is compounded by the unrealistic minimum wage, which does not correspond to the current cost of living in South Africa. According to The Conversation, most graduates who work as interns earn between R2,000-R4,000. The cost of living in South Africa is approximately R9,000 per month, excluding rent, and having a student depend purely on their income to cover the cost of living is unrealistic at a stage when they are breaking into the labor force.

When exploring the subject of unemployment, it is critical to investigate the potential cause of the subject at hand. According to Professor Murray Leibbrandt of the School of Economics at the University of Cape Town (UCT), education and the post-apartheid economic framework meant that there was a high demand for trained people but no competent workers. As a result, unemployment has been steadily decreasing every year. Certain universities and nepotism are known to be major causes of unemployment, and according to The Business Insider, UCT generates the most employable graduates on the continent. It is acceptable to say that the benefit of being chosen by a popular university, as well as evident nepotism, can play a role in the severe issue of unemployment.

Studying a certain discipline can also determine the graduate’s employability. In the article, Career choice and unemployment length: A study of graduates from a South African university, it is stated that degrees in the humanities are the most popular to enroll students yet, they have the highest unemployment rate. If a student is pursuing a degree that is not employable, this is an issue beyond the student's control because not everyone is studying under the same conditions. Some enroll in a course because it is the only one they were suitable for, some are only eligible for their second choice, some pick the course because it is financially convenient, some choose to go as they are unsure about the field they desire to go into, the different circumstances are endless. This can be a significant issue in terms of unemployment and could be managed by providing a wide range of bursaries and scholarships that provide mentorship, internships, or even employment after graduation, that can inspire students to complete their courses.

Unemployment is a topic that is layered and needs to be addressed in stages. With the youth suffering from it, it is not something that should be addressed once graduates enter the labor force. It should be handled when the youth are still in school by educating them about career options, courses, and curriculums. Today's labor force requires that when they enter university, they are making an informed decision. Scholarships and bursaries with benefits such as employment are clearly a key motivation for graduating. Meanwhile, we can be encouraged by the fact that 88% of graduates are employed, and the majority of the 22% who are unemployed eventually do find work. We can also hope, albeit naively, that percentage of unemployed graduates does not increase in the future.