Until Dowry, Death Do Us Apart 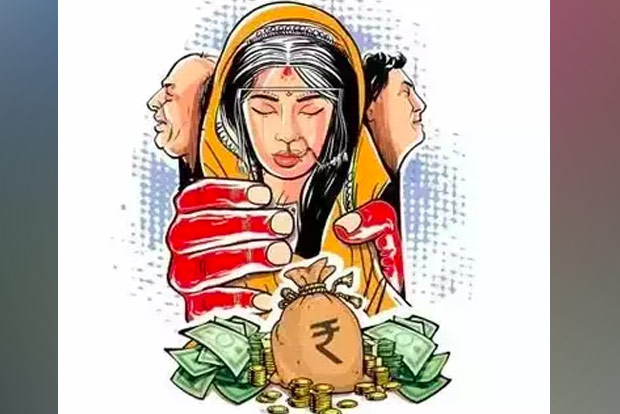 According to Wikipedia, dowry or ‘dahej’ in India means ‘an amount of property or money brought by a bride, to her husband on their marriage.’ Dowry is no gift, but an obligation towards the in-laws, as a deal to take care of the daughter.

There is a superpower that women have, they speak an unknown language, which nobody else can. It is the baby language, and they understand when the child makes different noises. What does it mean, whether the child is hungry, needs love, or is in pain? When a girl is inside the mother’s womb, there is a fear for her safety, for her future, and her dowry? Why do the parents have to save a massive amount of money and provide it to ensure their daughter’s happiness?

That is a dream which gets shattered in India every day. People say dowry is a tradition ever since ancient times and started in the later Vedic Era. If that is the case, then the Indus Valley Civilisation was ruled by both genders; there is a flaw in the custom. We all debate about why dowry is a social evil, and we are against it. In contrast, according to the National Crime Report Bureau, India has the maximum number of dowry deaths. In 2012, 8233 dowry deaths took place, and now we are in 2021. A bride is burned every ninety minutes in India.

There is a social fabric hanging, and women must maintain it the way society wishes. Why? Women are prepared to become ideal wives and caregivers. How about leaders of tomorrow? Indra Nooyi would never have become the CEO of PepsiCo otherwise. Beti Bachao, Beti Padhao, a campaign by the government of India under the Ministry of Women and Child Development, was started to educate and encourage girls to follow their dreams. Unfortunately, we need Beta Padhao, Desh Bachao. 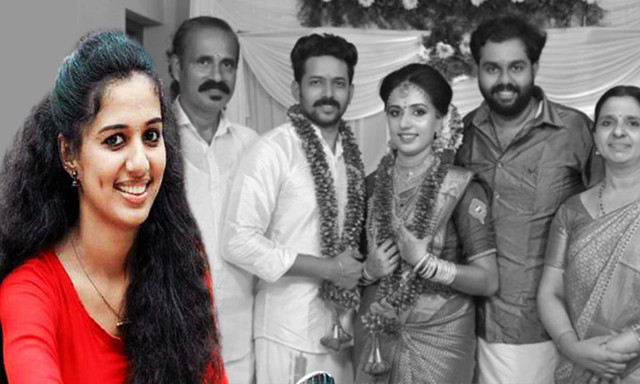 The recent death of Vismaya, a 24-year-old medical student, was no suicide but a murder. She was just like any other girl with dreams, a dream to become a doctor. She was married to Kiran Kumar, who physically tormented her by dragging her hair and stamping on her face because of dowry. Furthermore, she WhatsApp her father but did not receive any help. Her brother claims it was no suicide but a murder.

Kiran Kumar, who worked at the State Transport Department, has been suspended, and forensic reports show bruises all over Vismaya’s body. Are marriages that expensive? He received 800 grams of gold, one acre of land, and a car worth rupees ten lakhs as dowry. She could not take the beatings and torture and received no help. Eventually, her body was found hanging at her husband’s house.

Marriages are called made in heaven, is that so? When will people realize that women are not a commodity to bargain, let them live in peace and honor The Chief Minister of Kerala stated, “Persecution and death in the name of dowry have been happening in various parts of the country. But to become a place like that doesn't befit the cultural enlightenment that the state has acquired. This is regrettable, not befitting to our land,” the CM said.

"It has been six decades since dowry has been legally banned in the country. Still, dowry has been given and accepted in various forms and quantities. This is a social evil of utmost gravity. We should deal with dowry and domestic violence from this perspective. We should take an unrelenting stand on this, irrespective of the bride's family, groom's family or wife or husband.”

Imagine the ordeal of every woman in the country, the denial from in-laws and husband breaking her every day emotionally and physically, leading to suicide. Lakhs of women suffer domestic violence, marital rape every day. Yes, forced sex is marital rape. Domestic violence, on the other hand, is horrifying, not just the husband but the in-laws are also the culprits. Dowry Prohibition Act, 1961 was enacted on 01-06-1961 to prevent anybody from taking or giving dowry, but dowry has been changed to a ‘gift from the parent’s side.’ It is no gift.

Ayesha, a 23-year-old bank employee, committed suicide because of the persecution at the hands of her husband. Rashika Jain, a 25-year-old married to a businessman, died by suicide, and her body was found at her in-law’s home. Six decades have passed, but not the dowry system. According to NCRB, a woman is tortured by her in-laws every 4 minutes. Abortion is the most brutal and inhumane activity one can do, Bihar and the UP tops the list of female feticide and abortion, and we call girls Laxmi and Saraswati.

Dowry Based on Resume

Men choose a bride based on her beauty, body-color, height, weight, and financial profit. Meanwhile, girls prefer a groom based on financial stability, if he is a government employee, whether he is well-settled or not. Why? It is because of an archaic law that has been going on for ages. The reason widows are questioned, divorcees, older men, and women cannot marry because of a system called dowry.

Few people have challenged the system. Mr. Biswal did not ask for any money from his in-laws. Instead, he requested one thousand saplings. He was firm and got support from his fiancé.

Most dowry cases are not reported because of fear. Dowry is a slow death, like a poison, and when there is no support from parents, husband, then no other option seems viable. When a death occurs because of dowry, it is called suicide by persecution, but it is murder by choice. What do we do? We march with a candle for two days, use hashtags, and then life returns to normal.

Movies as carriers of weakness?

Indian cinemas showcase husbands beating their wives, slapping them, and in a movie called, Bhagyadevatha by Sathyan Anthikad. It portrays the husband demanding a heavy dowry for his sister’s marriage, for that he subjugating his wife, mistreats her, and eventually leaves her. Still, when she wins a lottery of 2 crores, he persuades her to win her back, and she agrees and even gives him the lottery money.

Paapam Cheyyathavar’s Kalleviyatta, a movie about dowry transactions, where a mentally challenged woman is married to a guy because her father agrees to pay a considerable dowry. Why are films encouraging dowry and showing women as a weak gender, depending on men?

Social studies books mention dowry as a social evil, along with sati. Dowry has taken over the country, where the prevalent condition is to abort a girl child because of dowry. It is not too far away when there is a ratio gap between men and women regarding population. Satya Rani Chaddha, the face, and leader of the anti-dowry movement, started a revolution after her daughter’s death at the hands of her husband and in-laws.

Traditionally dowry started as stridhana, where women received gifts from their parents and could take them to their in-law's house. Society changed everything based on what it wanted, and then came dowry. A woman's contributions are not acknowledged. What if the roles are reversed, and the latter has to go through the so-called custom called dowry? Let's not be the generation that blames society, instead let her live with respect, honor, free from the shackles in the name of customs and traditions, not forcefully, but the right she deserves.

Well researched Akshit and the way you have dug up all the infos... 👏 👏

Very crisp article! I loved the way you gave examples from the history

Dowry: An evil that still exists

Kerala, the most literate state and popularly known as "God's own country," is now the land of Dowry deaths.