Vaccine disparity in a post-covid world 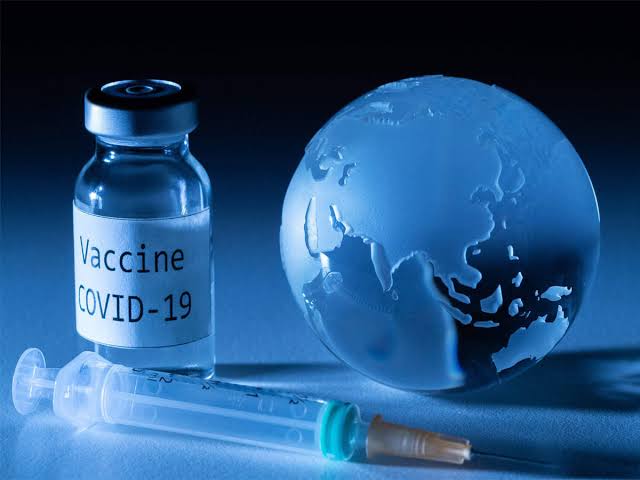 A 55-year-old individual in Wuhan of China is presumed to be the first person to have contracted the pneumonia-like-flu called SARS-COV2 or Covid-19. Since then, the world has mobilized its population, fighting a battle so intense that it has drained the masses mentally, physically, and financially. It's been a year of a skirmish with the virus, which has killed more than 2 million and infected nearly 103 million. Elseways, most countries have started to flatten the curve with herd immunity, while on the other, companies like Pfizer, Moderna, BioNTech, and AstraZeneca have rolled out vaccines with efficacy levels of more than 90 percent in humongous proportions.

With the beginning of global inoculation in sizable quota, the post-covid world faces another difficulty; vaccine inequality. Rich countries, which amount to only 16 percent of the world’s population, have chartered more than 60 percent of covid-19 vaccines to be produced till late 2021. The issue is, vaccines getting distributed to countries that have more money to pay for them rather than the countries that need them. For instance, the United States has fully vaccinated nearly 50% of its population and UK now working on a 3rd booster jab for Britons, Canada has reserved vaccines that can inoculate its population of 38 million over five times. Whereas Nigeria, with a population of over 200 million hasn’t received a single dose. Similarly, Australia, New Zealand, and Japan, accounting for less than 1 percent of the world’s total covid cases, have got hold of more vaccines than all of Latin America and Caribbean countries combined.

According to research by Duke University, the Sub- Saharan countries won’t witness a mass covid vaccination drive till at least 2024. By then, the virus would have had years to mutate and spread, which in turn can potentially cause havoc to the lives of people who have already been grappling for existence and fundamental prerequisites. It’s an irony that the countries that are the least on the priority list for inoculation drives were utilized, for large-scale clinical and efficacy trials by far-reaching pharmaceutical establishments like Pfizer, Johnson & Johnson, and AstraZeneca.

This is not the first time that African countries have been sites for legitimate and illegitimate clinical experiments in modern scientific research. The never-ending destitution sends an open invitation to unprincipled corporates with a code of ethics as low as the life expectancy rate in these countries.

Countries in South Asia are a different story altogether. Very few countries have avoided a mass catastrophe, Bhutan being a prime example that has slowly but steadily inoculated more than 70% of its citizens. However, nations like Pakistan and Bangladesh have been walking on thin ice with a sole bail-out strategy being tiny clusters of soft lockdowns whenever the caseloads seem to rise. Mass vaccination still being a far-fetched theory.

The country that seems to have suffered the most with covid is India. India had around 10 million covid cases till mid-February, and a spike from April to May, with records touching a never before seen mark of 400,000 per day, the highest the world has ever seen, adding over 14 million new cases in just two months. The country had seemed to have absorbed the first wave with ease until Prime Minister Narendra Modi prematurely announced a victory over the pathogen, letting their guards down. The Modi dispensation ventured into mass political rallies lined up for five state elections and also gave a green signal to Kumbh Mela which led to a congregation of over 30 lakh people. The country which hosts the factory of the most vaccine manufacturer in the world grapples to vaccinate its population of nearly 1.4 billion because of a lack of anticipation of a second wave.

Its neighbor Nepal was solely dependent on India for vaccines which many say was a PR stunt from Modi to widen his stature, is now left with a begging bowl in front of the USA and EU. Critics globally have panned the Modi dispensation for mishandling the covid crisis that has turned out to be the worst in the world, with people dropping dead like flies.

The Bill & Melinda Gates Foundation has sounded the alarm on the rise of vaccine nationalism. It says that the developing and middle-income countries can afford to procure vaccines for every 1 in 5 people in the next fourteen months. The International Chamber Of Commerce has also given a voice against the lopsided dissemination of vaccines.

The ICC presumes that this unbalanced distribution of vaccines will cause a global economic loss ranging between $1.5 trillion to $9.5 trillion, half of which will be borne by the rich countries. Nevertheless, according to an article in the magazine "Foreign Affairs", rich countries will get $5 back in economic output for every dollar spent on a vaccine. The magazine also highlighted and valued ‘Operation Warp Seed', kicked off by former US President Donald Trump, that could assist in a uniform distribution of vaccines throughout the world.

It’s typical of a national leader to desire its people to be vaccinated at the earliest, but it has to be acknowledged that hoarding vaccines in quadruple and quintuple amounts will not be aiding anyone in the long run. To illustrate this, the European Union is now looking for legal avenues against the pharmaceutical giant AstraZeneca because they speculate that the company is prioritizing supply and encouraging Britain to stockpile vaccines, overshadowing other EU countries.

With an unprecedented and enormous pandemic, society is polarized more than ever. But with our current trajectory, a genesis of forced normalcy is insight.

The rutted scrambling of vaccines will fuel the virus to evolve and do melbas, especially in unvaccinated parts of the world, until eradicated. We have to be prepared for new outbreaks and assemble with new restrictions till the vaccines are outstretched to the length and breadth of the most vulnerable parts of the world.