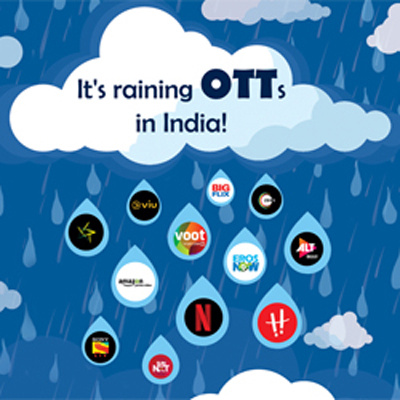 Ever since the pandemic took the earth by storm, then humans started taking refuge in the “intoxicating world” of small screens. We invariably have a propensity toward finding instantaneous pleasurable goals or are often intrigued by the easily available material. However, let’s delve into the situation slightly more, would it be okay to get carried away by the content that is deluging our mobile phones or tablets? What’s the need to hunt out solace and happiness in the “flickering world” that wouldn’t serve us well for a long period.

When people have started to adapt to the new normal life that can be specifically stated as “a stay-home life” one can find comfort in lying down on a couch, holding a mobile swamped with the virtual content for long hours stimulating the mind and eyes barely with any purpose. The trending corona culture “Binge-watching Web series” has now started to take a toll on the minds of youth. But ever have we got a chance to gauge the debilitating impact of web series on our minds as we have shown much enthusiasm about it lately?

People are often marred, by the rat race be it in terms of fame, money, or emulating others. Little do they realize the stark reality behind the world of imitation. With the motto of maintaining social distancing, we have alienated ourselves from the world and inveigled our way into the treacherous world of Web series. Accepting a farraginous mound of violence, obscene language, abhorrence, belligerence, in conjunction with others is gratifying the core of our minds.

The OTT (Over-the-top) video streaming platforms have witnessed unbridled growth as it is no less than an addiction.  According to a recent forecast, the Indian video OTT industry is expected to reach $1.7 billion by 2023. India is also expected to become the six-largest OTT market by 2024. This certainly depicts its ubiquitous status in Indian society, and the pace with it is burgeoning and unrolling the vicious roots.

Are these virtual media platforms intending to distort the facts or agonizing the sentiments of the public? Does it all conform to the freedom of expression? Why is the freedom of expression used to spew out contemptuous ideas? Do they endeavor to delineate a particular section of society?  Have the makers of these series thought about the level of antagonism they spread through their concocted films? Are their motives driven by the idea of making “extravagant profits” displaying their insouciant attitude of serving mindlessly to the audience?

A few Indian web series were caught up in a war of words that deliberately misguided the public with their fabricated narrations. To name a few; Mirazapur 2, a web series attempted to paint the state of Uttar Pradesh as a ‘violent’ region. Moreover, it upheaved ethnic disharmony too. The audience simply lapped up whatever is being served to them, even if it’s distasteful. Be it Pataal Lok or any other web series most intend to gain public attention and to reap more profits to obliterate a particular group.

The question is why such content is created that leaves a horrible mark in society? Probably to appeal to the audience, they are usually swamped with indecorous words to aggressive acts. And this all comes in the ambit of their creativity and expression. How can the creative power succumb to profanity or brazenly attacking someone's identity? For how long will we get pleasure in humiliating others? When more than half of the population is immersed in the waters of web series, isn’t the onus to maintain decency and integrity lie on their shoulders?

Creativity doesn’t refer to hurling abuses, exhibiting nudity, creating an abyss among the various groups, torture, violence, spreading derision, or trying to copy western trends. Probably these are the notions behind these web series, deteriorating the social ecosystem and penetrating with venomous ideas through these movies shall need an immediate end. The malignant minds shouldn’t temper the ideas and instigate youth into wrongdoing. These web series shall not weave their deleterious threads into the social fabric of the nation.

However, in a major decision, the government recently announced new guidelines that may prove to be a “blessing in disguise” for streaming platforms. The proposed three-tier mechanism—called the Information Technology (Intermediary Guidelines and Digital Media Ethics Code) Rules 2021—aims to regulate OTT video streaming platforms, social media channels, and digital content providers, and make them more accountable within the Indian legal landscape.

These significant amendments might drizzle some wisdom over web series “creative” makers, and they might endow the binge-watchers with some sanity rather than leaving their minds in a desolated state. They shouldn’t be the ingredient to adding brouhaha in society or have a malicious idea of creating a drift among the different factions.

We shouldn’t forget the essence of our nation that respects all and nothing should denigrate its integrity. These platforms should take cognizance of the deeply-rooted brotherhood and integrity that is ingrained in the proud nation. Furthermore, streaming indecent stuff for people of all ages needs to be filtered as it tends to leave a deep impact, especially on the supple minds of youngsters. Instead, these platforms should set themselves as a model of morality in these precarious times.

It’s high time that the industry devises a balanced approach to content creation and finds innovative ways to storytelling, and empowering the watchers with a variety of content, across genres, lest we’d fail to retain our virtues of compassion, modesty, and comradeship.