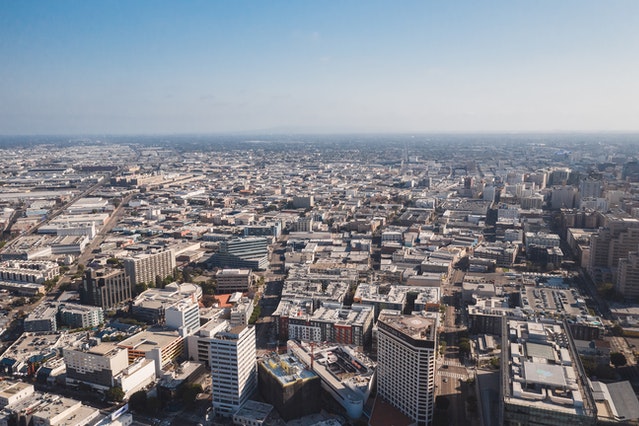 In the past week, Oklahoma has imposed what Reuters has called a "near-complete ban" on abortion. While this spells good news for US conservatives across the country, it does raise some questions as to how women with unplanned pregnancies will deal with their situation. Of course, what US conservatives want to happen is that these women raise their children on their own without support from the state or federal government. As the Republican Party platform states, they oppose the welfare system entirely. And yet, what conservatives don't realize is the damage they are doing by choosing to create these total bans on abortions.

According to Science Versus, a popular science podcast created by Spotify, the majority of women who receive abortions are those in near-poverty situations or have lost the support of their significant others. As such, women who are experiencing these circumstances in Oklahoma will find themselves in further debt and in further need of financial assistance from the US government, a service US conservatives want to get rid of. And yet what US conservatives don't realize is that they are creating the very circumstances that make people dependent on the US welfare system. By forcing women to carry children that they are already unable to provide for, US conservatives are ensuring that the poverty levels in the US continue to rise and the amount of US citizens in need of US government assistance increases.

If US conservatives are truly for the American people and want to combat poverty, they must develop a system designed to help those in poverty or change their stance on the welfare system. If the Republican Party is truly the party of the family, as they have claimed repeatedly, they must assist US families in their time of need. But of course, the typical excuse conservatives have is that abortion is completely unnecessary, as women can simply put their children up for adoption. And yet, the US adoption system has been suffering in recent years.

According to Adoption.Org, 81.5 million Americans consider adopting at some point, but only 2 per cent of Americans actually adopt. These are horrible news for the children in the foster care and adoption system in the United States, and the number of people willing to adopt may only decline. While wages have certainly increased in the US in the past year, inflation in nearly every sector of the US market has made it harder for people to afford necessities such as gas and groceries. Because the average American is attempting to fight off poverty, they are not in the position to adopt or start families. As such, Okholama might see an increase in children in the foster care system or in orphanages because of the state's new law, systems that would require further funding from the state government or federal government, which is again a situation US conservatives were hoping to avoid.

Of course, with more children entering the foster care system, more public school funding would be required, which is yet again a situation US conservatives do not want. According to their own platform, US conservatives argue that the federal government should cut public school funding and instead offer vouchers for children to attend private schools, which they see as better than publicly funded schools. However, according to Understood.org, vouchers do not cover the total cost of admission to private schools, and parents of children have to make up the difference with their own money. So if conservatives have their way and cut public school funding, they create a wider wealth gap in the US and still have to continue funding the welfare system or see fewer children in America educated and the homelessness situation worsen. Therefore, US conservatives have to walk back on their plans for public schools if they intend to keep their stance of abortion bans.

One essential aspect that has still not been covered is taxes. With increased spending on these government programs, the money must come from somewhere. Therefore, US conservatives will be forced to raise taxes, a policy they oppose, according to their platform. This seems to be the cost of abortion bans. Whether US conservatives want to admit it or not, forcing people to the brink of poverty, to continue unplanned pregnancies will have unintended consequences for the country as a whole. While US conservatives may have solved one problem, they have effectively created a dozen more.

And while the legal practice of performing abortions might end, this might, in itself, create a sequence of other problems. According to NPR, Roe V. Wade decided whether women in the US had the legal right to safe abortions. Whether abortions were morally right or not was a question that was not considered. Before Roe V. Wade, women often attempted to perform abortions themselves with coat hangers or saw ill-equipped doctors have abortions done. As such, women often end up harming themselves and their children which NPR labeled a “public health crisis”. Because of the casualties, the Supreme Court decided it was best to have doctors perform abortions safely in clinics with support staff and proper equipment. Now states such as Texas and Oklahoma have gone against that. Whether this was the right choice or not is up for Oklahomans and Texans to decide for themselves. However, what is important is that they weigh the pros and all of the cons of abortion bans in their states and decide if it’s still a position they want to hold. If they want to keep their anti-abortion stance, they must be prepared to deal with the consequences of such a stance.

Oklahoma Republicans are creating a lot more problems than they are solving with their abortion ban. They might have won the war on abortion in their state, but this win comes with a lot of repercussions that the state or federal party is not ready to confront. In order to deal with the problems they created, they must either completely change their platform and thus their identity as a party, or leave thousands of Americans without finical support, in absolute poverty.