What Went Wrong With Bihar? 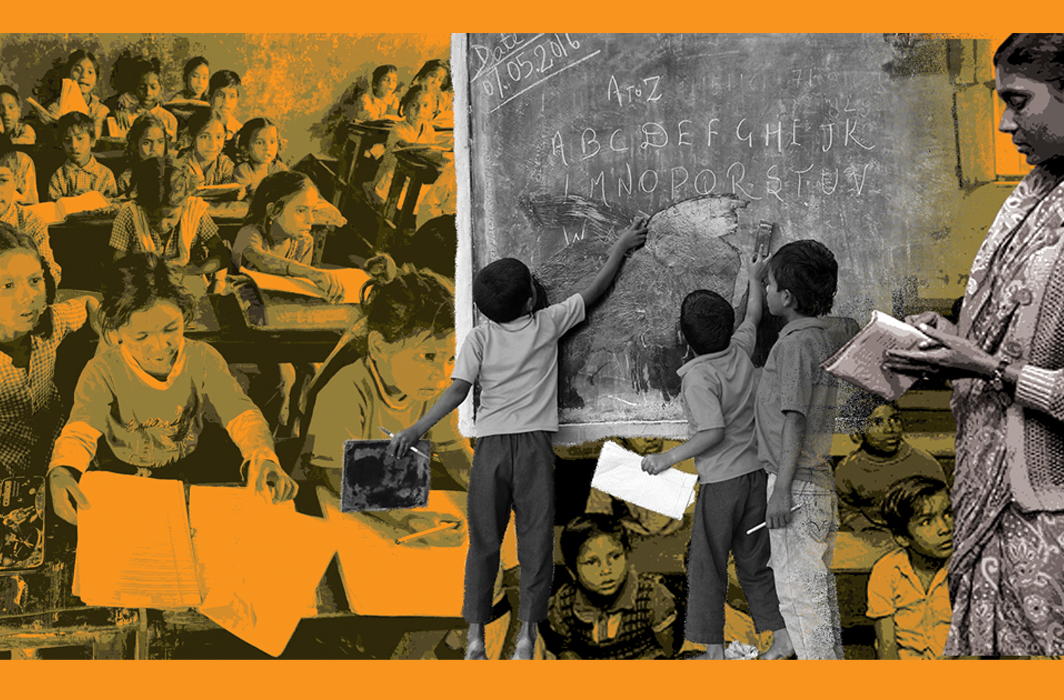 Bihar is a state which is a birth giver to gems like Dr. Rajendra Prasad, Ramdhari Singh ‘Dinkar’, Sharda Sinha, etc. A place where Chanakya ran his all-political policies. It is the place where education was the foremost priority among people now, has ranked 19th among the 20 states in School Education Quality Index (SEQI) (2019) released by NITI Aayog. It has maintained its 19th rank by scoring 37.3% among 20 other states, while the other large states are showing improvement, in overall performance score.

Bihar is a state located in the North-Eastern part of India, and its capital is Patna. It has been the center of learning and home to the oldest universities of India. A land that thrived in the 5th century, with Nalanda as a center of excellence, where brilliant minds like Aryabhatta pursued their mathematical and astronomical interests.

In 1574, Abul Fazal-i-Allami, the author of Ain-i-Akbari, and the secretary to Emperor Akbar visited Bihar and praised Patna as a flourishing center for the paper. Now ails in terms of education whose literacy rate is among the lowest in India with just 63.8 percent according to 2011 census as compared to 74 percent for the entire country. 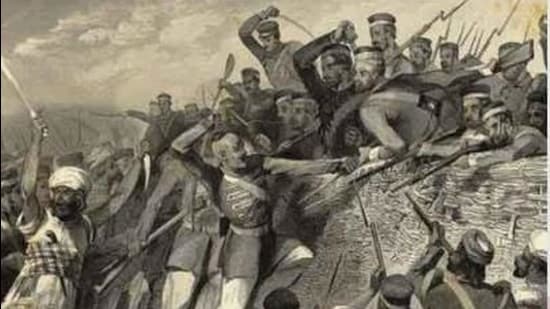 This ailing aspect has a lot to do with politics, but it also has a lot to do with the state's past, which contributed to its backwardness. Bihar's underdevelopment can be traced back to its colonial past when British Raj Different tax collection mechanisms in India in western and southern India under the ryotwari and malware system they conducted regular service to set the annual tax that the season would pay them directly, but in Eastern India, including the hard, they work through local zamindars would collect taxes and maintain law and order and pay the British a fixed tax each year. There was sincere neglect of education by the colonial administration and the local Zamindar in Bihar. 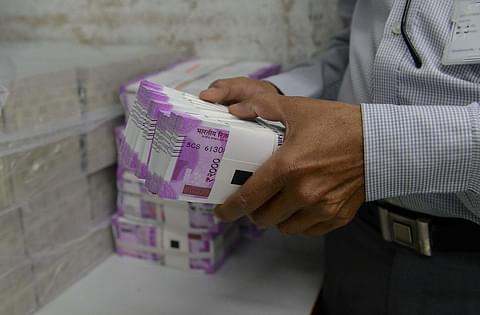 When it comes to social harmony, road connection, and electricity availability, Bihar has maintained a positive image among the general public since 2005. However, it continues to score poorly on primary issues that affect the poor, including health, education, and land redistribution.

If we look back at the political scenario, we won’t find an amusing approach. Bihar has witnessed extreme corruption in the past many years.

To be very accurate, Bihar according to an independent survey, has ranked number 2 in terms of Bribery and corruption. 75% of the population admitted that they bribed the responsible authority for getting their work done. Out of these, only 50% paid the amount several times indirectly and directly, while the other 25% paid once or twice.

The corrupt system of Bihar however was never hidden in any manner.

Fodder scam was one of the most popular scams which involved the misuse of about Rs. 9.4 billion (equivalent to Rs. 39 million in 2019) from the government treasury by Lalu Prasad Yadav and his allies. It is shameful and embarrassing to hear such horrible cases from the state, which produces the most amazing IAS officers in the whole country at the same time.

Even at lower-level authority, mostly no work is done without a bit of corruption in Bihar. Though there is a dedicated helpline, available in Bihar to report corrupt and illegal activities happening around in the state, however, the department is of no use. If we look at the issue deeply, Booth capturing is a massive issue in the state. Party loyalists or hired criminals take advantage of the needy or ordinary citizens of the state by bribing them with an adequate amount of money and are told to vote for their party. However, these activities are reduced by the introduction of EVM machines for the voting system in India. Due to this illicit activity, there is no hope left in open and honest government rule over the state.

The execution of law and order over the state is in its worst state. Particular law can never be followed by the citizens if the judiciary continuously fails to maintain strictness of law among its citizens. There are still many places in Bihar where the power of government officials is not valued, and they tend to operate by the ‘respected’ goon of that place, and who tends to revolts against the rule is either punished or sometimes killed by the allies of that goon.

Corruption in Bihar is deeply rooted in the system. It is the primary cause of all the mismanagement of the state. It has impacted the mindset of people so much that even parents teach their kids certain methods of corruption to survive in the state.

Among all the states, Bihar's education system, including higher, secondary, and fundamental education, is in chaos. There are several cases where people after 4-5 years of graduation, are yet to receive their results to date. Negligence of these vital issues sincerely leads to the failure of quality education and occupational opportunities among the people.

What is happening in Bihar now? 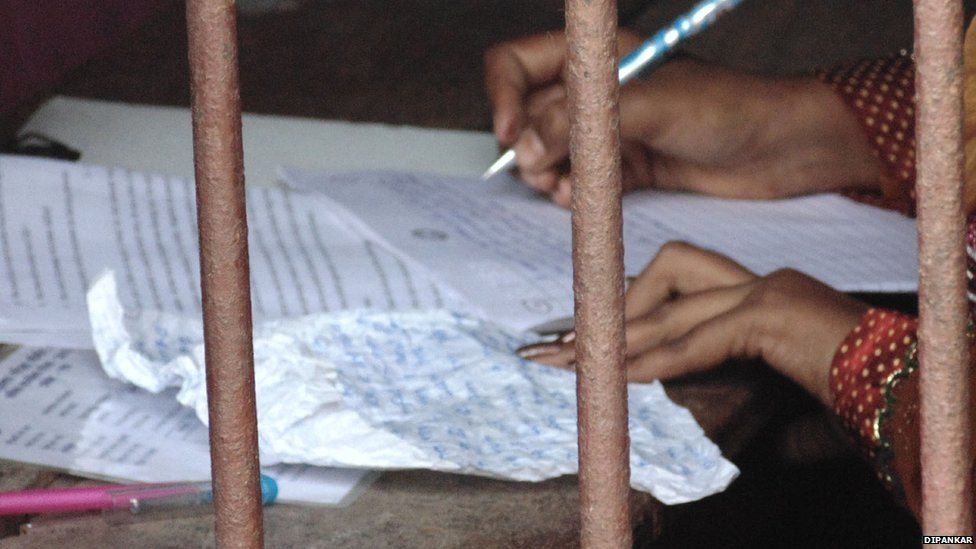 The issue of Bihar’s education came into the limelight in the year 2016. Where the famous case of three toppers, including Bihar School Examination Board (BSEB) Arts and Humanities topper Ruby Rai, Science topper Saurabh Shrestha, and third topper in Science stream Rahul Kumar, were involved in a peculiar case. They got caught during a news reporting session where they could not answer basic questions of the subjects they topped in.

With a horrific history of open cheating cases, the Bihar government attempted to make the test process harsher in 2017, using fair monitoring and invigilation techniques. As a result, more than 64% of students did not pass the exam.

The condition of education in Primary and elementary schools is more disturbing and questionable. There are many incidents where the teachers could not remember the basic ABCs, and many didn’t even know how to spell common words.

Bihar government also applied the Shiksha Mitra Appointment system over the state. This could be their worst decision as the teachers who didn’t even qualify for the TET examination were appointed by the school administration to teach the elementary and primary students.

However, the Supreme Court’s involvement in this massive issue made the TET examination compulsory for all. 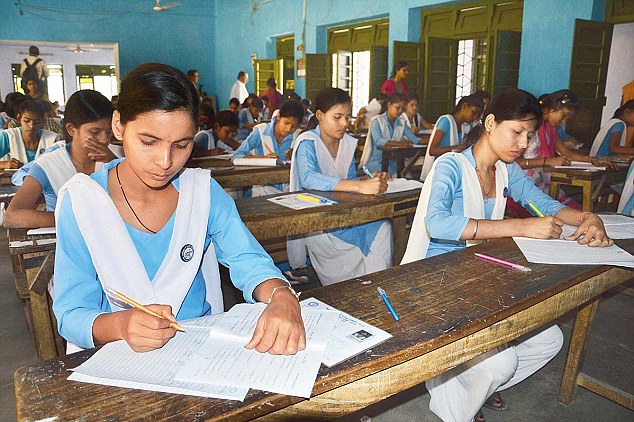 Apart from political flaws and poor state government decision-making, society and its citizens must reflect on education. Parents' consciences require a wake-up call to recognize the value of education and its role in their children's lives.

In the backdrop of Bihar, with its respectable and glorious tradition of the intelligentsia, the change from a knowledge society to a muscle-based society is a hazardous step. Children's educational development is influenced by their family environment, on the one hand, and the educational opportunities accessible to them on the other.

Both society and the political class have a part to play here and must be criticized. Yet, citizens must work together to find moral, and dignified answers so that Bihar may be free of its inherent nature of a weak, dimensionless, and ethics-less education system.

People of Bihar need to get out of their shells and demand the life they deserve. Education is the most basic survival skill required for an individual to survive in the 21st century. Now, saving themselves with examples like “Most of the IAS are from our state” and “We are the citizens of mathematician’s state” won’t do good to the people of Bihar. The motto should be more like “We will not support our child to become next corrupt topper of the state” or maybe “We will not let corrupters spoil the golden future every citizen of our state deserves”.

9 months, 1 week ago by rudranshstar

9 months, 1 week ago by shubhhhaggarwal

9 months, 1 week ago by vashistyash23