What’s the future of Afghan's womens’ after the Taliban incursion? 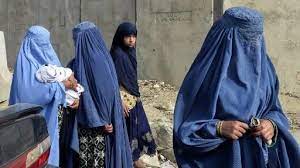 The Taliban militants' sudden and violent invasion of Afghanistan's terrain has not only put the lives of those who have lived there for a long time in jeopardy, but it has also pitched doubt on the freedom and rights of Afghan women.

According to a UN report released in July, scores of women and girls were killed, raped, and brutally injured in the first six months of 2021, and the number has steadily increased since the same period last year. It has also been reported that women are being coerced into marriages.

On August 15, the Taliban finally abducted Afghan territory, leaving the US with a slew of unanswered questions and unresolved issues for the Afghan people, who are bearing the brunt of the US's action. It went into effect with the withdrawal of foreign militants (primarily from the United States) from Afghanistan's border. After nearly 20 years of war, the US-Afghanistan agreement was being dismantled. Thousands of people have been killed in nearly two decades of war. A military bloodshed war game has been waged between them, and millions of civilians have been displaced.

“Women will be treated with dignity,” Taliban spokesman Zabiullah Mujahid said on August 17, giving assurance and building trust in the dreaded eyes of the women who were angst against the Taliban's facade and fearful for their freedom, which they have been living with for the past two decades or since the US captured it in 2001. Ironically, the Taliban’s insurgent group ordered nine women working in the Azizi Bank of the southern city of Kandahar to leave the workplace and asserted not to come to their jobs.

Quoting from Reuters, Noor Khatera, a 43-year-old woman who had worked in the accounts of the bank department  "It's really strange to not be allowed to get to work, but now this is what it is."

On 6th Sep, it has reported, in the latest incident, Taliban militants have shot dead a  six-month-old pregnant Afghan policewoman in front of her kids and husband in the country's Ghor province, violence against women by the indurate Islamist group of Taliban.

From 1966 to 2001, the world witnessed a brutal rule that prohibited all aspects of women's freedom, like banning education for women and girls, imposing vicious rules of lashing, forging, cutting off, and even compelling them to constrain themselves up to their residences. Without the consent of man, and if possible, to go along with them.

After the two-decade-long tussle war and finally entering Afghan territory, all laws, now been formed in their accordance. The worst decree has been announced, or better to say ‘ordered', that women could not enter universities unless they wore an ‘abaya robe' and a ‘niqab', which means wrapping the whole physique except the eyes, from which only they could see the public. The massive list does not stop there; it has documented lengthy rules that women must follow from now on. The Taliban's administration ruled that the female pupils should only be educated by female educators; otherwise, good-natured "old men" would be authorized.

The decree went into effect with harsh provisions such as requiring varsity to hire only female teachers for female students. It also stated that the entrances and exits of men and women should be separated.

With the Taliban regime's re-emergence, nearly half of Afghanistan's total female population has been in deplorable conditions. Since the beginning of 2021, war has taken the lives of up to 3,30,000 Afghans. According to Shabia Mantoo, spokesperson for the UN Refugee Agency (UNHCR), "this is a staggering statistic; 80 percent of those fleeing are women, children, and babies."

After the invasion of the Islamic Group, women took the protest and march on the streets; wanting to return to their work. Many voices are outraging for the freedom and the rights they held earlier.  Making their voice upfront,  Rada Akbar wrote on Twitter, "Someone please stop this." Further added,  "With every city collapsing, human bodies collapse, dreams collapse, history and future collapse, art and culture collapse, life and beauty collapse, our world collapses."

On the other hand, many women posted videos on Twitter, demanding the rights of women not be ignored. Aisha Ahmed posted a video on Twitter, “I’m pleading with the international community, women's rights must be safeguarded,  are humans and they must enjoy Human rights.” 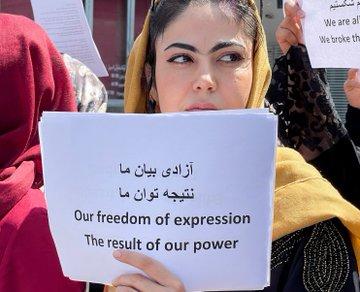 Women are feted as maids in the Taliban regime, and their life has no validity without their male companion. Since the Taliban is very strict about enforcing Islamic Culture and thus a bane of ‘Sharia law' by imposing it on them without their consent or whether they are willing to accept it or not. Nothing matters to them, not even the opinion of those women. For the time being, there is no clear-cut indication on how long this regional nightmare on women and girls will prevail. The impact of being everywhere leaves an impression not only in the inland but also on the lives of women and girls who haven't been able to emigrate from Kabul airport.