Why does today's Music have too much sex, curse in it, and not enough love? 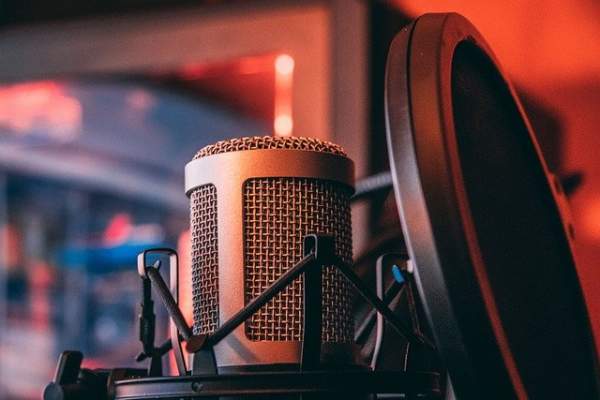 Being a 90’s kid, a millennial you must say we have experienced a lot of things, seen many changes in every field. From our movies to our music taste we have seen and experienced a lot of changes.  Some of them were good and some of them were nothing but awful. Nevertheless, we can't argue with the fact that music has always played the role of giving humans pleasure, an escape route to their fantasy world.

Music in the ’90s was soothing, songs that had deep lyrics, meaningful lyrics. Lyrics back at that time were written carefully while keeping in mind the audience, especially the kids. Radio back then was the main source of entertainment for us, we would listen and wait for our favorite songs to come and sing our hearts out. When I look at the so-called Z generation I feel that they have lost their innocence. The music today is nothing but awful but that's not the case with every song. There are still few musicians who produce gems from the music they create while the majority of singers can be seen sexualizing songs in any manner they could. More than watching television or spending time on screen, most of us prefer listening to music. Music has this deep subconscious effect on us which we don't even realize. When the singer talks about imagining one's body, her eyes, smile, her waist we tend to look at the person the same way without realizing if it's wrong or not. It's not just the women who have been sexualized but men too. Giving this idea of having a perfect body and a perfect physique is not just about women but about men too. Creating this image of a perfect body is what this music talks about. Both males and females are marketed with an emphasis on their physical attractiveness.

You could also see how the singers talk about women's bodies. About their waist and hips, and how juicy their lips look. Comparing it to the older times, singers would talk about the smile of a woman or how her eyes could be intoxicating. Explaining her beauty but in a beautiful and not creepy manner. Unfortunately,today's music has lost all its credibility. All we can hear is about how you want to spank her or bite her and how you sexually desire her. Even if the lyrics weren't enough one can easily get an idea from the music video. 12-18 years is a very crucial age for a person's mindset to develop. It's the age where a kid would listen to rebellious songs and make up his love for his country, or listen to romantic rom-com kind of songs and become a hopeless romantic. Before the lyrics contained poetic lines which would leave one in complete awe, if we look at the music today all it causes is disappointment and embarrassment

In today's music, too many curse words are being used very often. One can see small kids using words that would not be appropriate for their age without knowing the exact meaning behind the curse they would say to each other. That's the kind of damage today's music is doing to kids. They might think of it as something cool but it's not. You can't prevent kids from listening to music. Eventually, he is going to hear it from somewhere and sing it. The fact that today the musicians don't even filter their lyrics is so sad and also why would they even filter it when they are making millions out of it?

It's not just the Hollywood music industry that is getting sexualized day by day but one can experience the same in Bollywood music today. The lyrics before were legendary and would leave a person in complete awe of it. The same music industry today runs on song talking and comparing women to each other or by using double meaning lyrics in the song. The videos in Bollywood are too sexualizing with still having this concept of “item girls” and “item songs”.

The era we live in has degraded the music to the point where you could see the difference. No matter how much one tries to avoid listening to it, it comes back in many forms. From playing it on youtube to the radio to shopping malls one may hear music everywhere and couldn't ignore it even if he wanted to.

The Pursuit Between Passion and Practicality