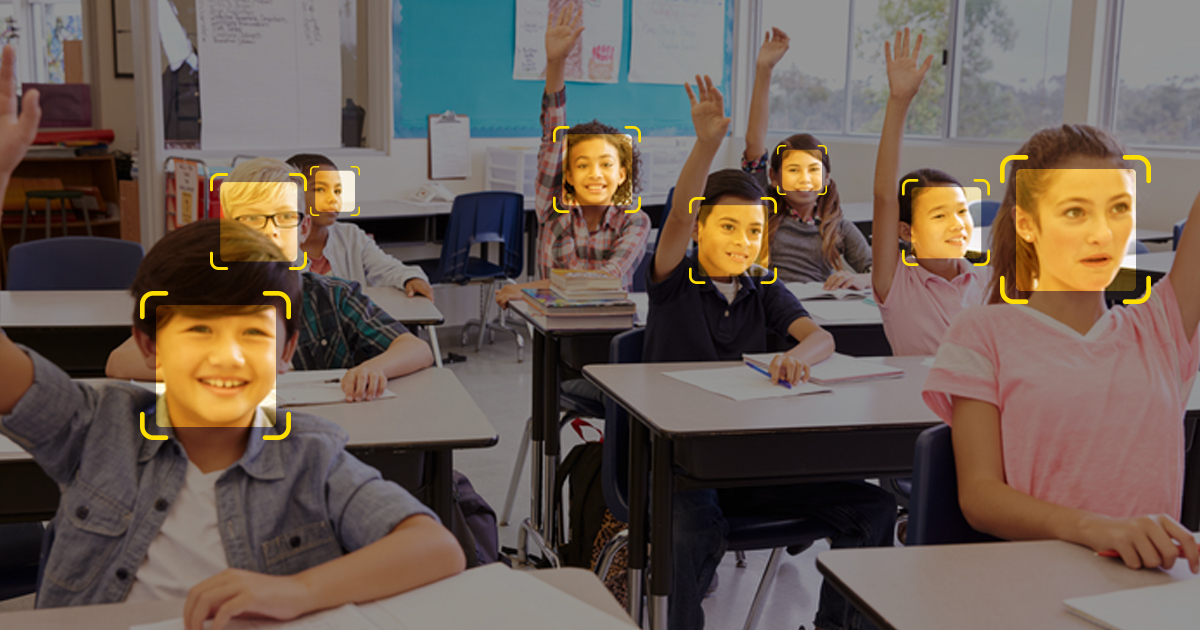 Have you heard about the new facial recognition system in nine schools in North Ayrshire to speed up queues? ”, one of my best friends said rapidly on the phone with a tremulous voice. “Yes, but I don’t like facial recognition!”, I told her. “No, it’s amazing”, she insisted, and brought up again her experience of queuing on campus of the Sorbonne University in Paris last year.

Almost nine months after the Covid 19 pandemic broke out, the campus was open again, but not restaurants, except one medium-sized café. In general there were only a handful of students because colleges only allowed fifty per cent of students to be on campus weekly at that moment. However, the place was always brimming with people at lunch time.

At least three people stood in front of every shelf inside of the café. “I’m almost running out of time.”, grumbled my friend, perspiring. Despite her effort to rush to a café on campus fifteen minutes ago, she was still stuck in the middle of a queue, waiting to pay for her food. The queue was not particularly long, but seemed endless, because it was so slow. After repeatedly taking her phone out of her handbag to check the time, she just stood still, waiting, but struggling to decide whether to leave or stay in the queue.

She almost stammered when she expressed how she would have appreciated that brilliant facial recognition technology last year at our university. But I argued I was more concerned about the compromises made by users in order to benefit from live facial recognition rather than the convenience of cashless and contactless payment it provides.

Without a shadow of a doubt, facial recognition accelerates the time-consuming process of queuing and improves hygiene during the Covid 19 pandemic for people buying food.

“In a secondary school you have around about a 25-minute period to serve potentially 1,000 pupils. So we need fast throughput at the point of sale.”, explained David Swanston, the managing director of CRB Cunninghams, a company which provides cashless catering, identity management, and online payment systems, in an interview with the Financial Times. For him, facial recognition is a much faster way to recognize people at the till compared to card payment and fingerprint recognition. On the other hand, some raised the question of whether parents or children who were subjected to facial recognition had been consulted in advance.

To my dismay, only three per cent of children or parents chose not to give consent for the new system, instead, opting to use a pin code, according to North Ayrshire council. The council explained why there was a high percentage of people who were willing to embrace the new system due to inconvenience caused by using pin codes. The council also highlighted the fact that some pupils had even become the victim of PIN fraud.

Besides, some people believed that the decisions of pupils or parents might have an impact on their peers as well, and some were sceptical of whether pupils had been provided with adequate information prior to agreeing to the new measures. For me, even if young pupils had been given enough information to make informed decisions, I am unsure whether they would have been able to fully understand what the concern of facial recognition is due to a lack of knowledge and maturity.

I think it is worth noting that facial recognition technology is not new. Automated facial recognition was initially developed in the 1960s. With the passing of time, it started to be used for security reasons in places such as airports and biometric border checks. According to the California headquartered platform Crunchbase which specilizes in finding business information about private and public companies, China has been the world leader for the funding of facial recognition companies since 2016. For instance, some schools in China have implemented a new system to give feedback on students’ concentration levels in class. Big gaming companies in China incorporate facial recognition into games to avoid game addiction for children in order to comply with the government’s policy over online gaming. When children reach their gaming limit, they are automatically removed from the game. Apart from China, facial recognition technologies in countries such as the United States, Denmark, Australia, and Nigeria seem to also be flourishing. In particular, it has been adopted by restaurants and schools for cashless and contactless payment. For example, Caliburger, a fast-food chain in Pasadena, California, has implemented a facial recognition screen to allow customers to pay their orders. Schools in the Australian state of Victoria mark students’ attendance by adopting a facial recognition system.

Digital giants such as Google and Facebook take advantage of users’ ignorance and technology’s opacity to appropriate their data, but the fact is this has not taught people a lesson about the dark side of digital technology. Many people still choose to give away privacy to facial recognition surveillance. The attitude of getting used to surveillance for convenience without thinking twice is hazardous since it could let society evolve in a way that is no longer in accordance with democratic values.

Imagine if all schools and companies were to adopt facial recognition to check students and employees’ attendance respectively. When we are all subjected to the hierarchy of automation, we lose a part of our autonomy. For instance, if a number of students decide to protest against school or national policy or egregious school staff misbehaviour such as sexual harassment, teachers might decide to support the students by not marking attendance. But with automated surveillance, the students and teachers lose their freedom to break the rules when they become unjust. Consider how civil rights have been advanced historically. If Rosa Parks had not been able to refuse to give up her seat on a segregated bus, how could she have inspired others and become a pioneer of the civil rights movement? If homosexuals had not been able to break the laws against same sex relationships, how could the LGBT movement have taken hold?