Why is there a large influx of Indian students going abroad for higher education? 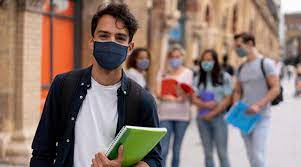 Recently the war in Ukraine posed a huge challenge in front of Indian authorities as over 20,000 Indian nationals were stranded in the war-hit country without a way to flee. The evacuation project “Operation Ganga” of the government is still operating to bring back all its citizens trapped in Ukraine. But a notable factor here is that more than half the number of those Indians in Ukraine are students, mainly in the medical field. This alarmed a question within the whole country that is ‘why so many of our students are in pursuing their studies in Ukraine?’

Also, at present, we see that a huge number of Indian medical students studying in Chinese universities are stuck in the country since the Virus attack of 2020. As they cannot get back to their universities yet, their future stands uncertain.

As per the latest data provided by the government, about 11,33,700 students from India are studying abroad. In 2020 alone, 2.5 lakh Indian students flew abroad. The major interests of Indian students are countries like the UK, Canada, Ukraine, China, and certain other European nations. The advent of COVID-19 and the closing of international borders have made a cut in the number in the year 2021, yet the reopening of the borders entirely would re-establish the trend on a full go.

If we look at it, there are several answers to the question. Earlier, the most number of Indian students who chose to study abroad were either research or post-research scholars. On such a higher level of education, many prominent Indian universities do not provide an international level standard. Even though India has many institutions of higher qualities in science and engineering, the aspirants of social science education find it hard. A research-level degree from universities in the countries like the USA or Germany provides better funding options, diverse fields of study, and better facilities than what are locally available. Numerous international-level scholarship programs facilitate this move. But of late, more Indian students prefer their Postgraduate or Masters studies abroad.

One of the main factors is the lack of seats in top higher educational institutions in India. Several students in India prefer medical degrees, but government-aided medical education in India is highly sorted after and is hard to secure. While the private seats for medicine in India charges from 50 lakhs to more, students prefer countries like Ukraine and China, where medical education is cheaper.

Unlike India, many foreign countries facilitate part-time job opportunities that would supplement a livelihood for students. This financial boon is one of the prime reasons. On such prospects, students also take huge educational loans in India to visit abroad, since they have an opportunity to work between their studies to earn dollars and euros to pay back their loans. Working part-time in unskilled fields in India would never provide students with a comfortable cost of living.

The countries like the UK provide up to 2 years of stay back to international students after their masters, which is an attractive point for many prospective students. A large proportion of students from states like Kerala, Karnataka, and Punjab choose Northern America as their option. Once they have a network of connections, people tend to opt for this choice more.

Another reason is the variety of courses that many foreign universities provide that are not available in India. A lot of such distinct courses also would provide an easier employment opportunity. In India, a lot of surveys have already pointed out the brain drain due to the lack of preferred job opportunities in the country.

Also, many students prefer to go abroad to experience the upgraded living standards of developed countries. Many youngsters tending towards modern lifestyles say that they find it difficult to cope with the widely conservative nature of Indian society, and they seek to experience the western lifestyle. There is also an unsaid bias against odd jobs in Indian societies that is not present in many other countries. This stigma prevents many middle-class youngsters in India to partake in small jobs for pocket savings, but they find this mode of earning and living in many countries abroad where such social stigmas are not present.

Immigration has always been a hidden interest behind many people pursuing education abroad. Once settled with work in many developed countries, people mostly prefer not to return to India. Sometimes there is also a villain of social status locally. In India, people are highly respected if they have a family member abroad in countries like the USA.

Now, what can we do?

We know that the Indian education system falls back on many levels compared to the International quality of education. Enhancement of the whole quality of education in India, therefore, is the primary thing to be focused on. Providing more quality institutions and more seats to accommodate the population should be immediately considered by the governments across the country. Also, the country should create more financial opportunities for students, to which India has none. An adult population of students always prefers to be financially supported while continuing their education. None of these measures can be implemented all of a sudden. Authorities should undertake a proper study on the issue and initial measures should be taken immediately to facilitate a slow but effective growth for the purpose.

How research & development in India implies a pitchers game !