Why Jallianwalla Bagh Should Not Have Been Renovated 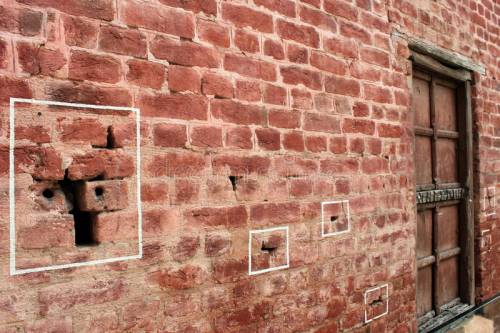 Few incidents under colonialism are as gruesome as the Jallianwalla Bagh massacre. The gruesomeness lied in that it was a peaceful protest. There weren’t any ulterior motives to the gathering. And yet a British person in power decided to kill people in the place without restraint.

The seeds of this massacre were sown in World War 1. There were strict restrictions in the entire country because of the War. It was called The Defence of India act and was enacted in 1915. Under the Act, there was a legal tribunal set up that allowed to deal with cases that were German-inspired without trial or appeal. This was especially in force in the province of Punjab.

Later this Act morphed into the Rowlatt Acts of February 1919. This act sought to permanently replace the Defence of India act. This meant that many innocent Indians could be implicated without any trial or any chance to appeal. Indians, especially in the province of Punjab, were unnaccepting of the acts. The decision was made by the Justice S.A.T Rowlatt Committee in 1918. All Indian members of the committee.

It still passed. Mahatma Gandhi then decided to organise a protest against the act. As expected of Gandhi, the protest were meant to be peaceful. The people gathered in Jallianwalla Bagh on the morning of 13th April 1919 sat on the floor listening to one of the protestors. But the protests weren’t entirely peaceful before this. There were violent protests on 10th April, where some buildings were burnt. The soldiers opened fire on cilivians and the protestors beat up many foreign citizens.

At the time of the incident, 10,000 people were present at Jallianwala Bagh. The place has a single exit. General Reginald Harry Edward Dyer was responsible for taking care of the situation. In a turn of extreme events, he opened fire at the protestors three days later. A lot of these protestors came along with families. They jumped into a nearby well out of panic, taking their children along with them. The scene was chilling. But even after seeing what was in front of him, General Dyer did not stop. He continued with inflicting horror on the Indians in front of him.

That place has since served as a reminder to that horror. General Dyer was reprimanded by people of his own skin. His higher-ups were not at all impressed by the approach he took to quell the situation.

This incident also made a Mahatma out of Mohandas Karamchand Gandhi. Since then, Gandhi’s resolve to fight for the freedom of the nation strengthened by many times. He was inspired to start the non-cooperation movement that lasted from 1920 to 1922. Rabindranath Tagore, the famed Bengali poet, gave back his Nobel Prize in literature as a mark of protest. The unrest in the country was fueled immensely.

Up until recently, the area in Jallianwala Bagh was left as in since the bullets were fired on that summer day in 1919. It served as a reminder of the pain Indians faced because of the ruthlessness of the British. However, recently it has been renovated. In fact, beautified. In a way that the memorial no longer serves as a memorial, but a tourist site.

Here’s the thing about tourist sites. They are renovated to look good and to make people come and have a good time. Not to remember the horrors of the past. That purpose is served by heritage sites. Normally, heritage sites are preserved. They are not beautified. Efforts are made to keep the site as-is without making changes in the slightest.

The Jallianwalla Bagh site was also meant to be kept as it was. The bullet holes were kept intact. The well was also intact. Nothing was changed. If it was, say, the birthplace of a famous person like, say, the birthplace of Mahatma Gandhi, it would make sense to fix the cracks or the crumbling areas. No so with Jallianwalla Bagh. Renovation for the Bagh, just like the renovation for other heritage sites like Colosseum in Rome.

Unfortunately, that’s not what happened for Jallianwalla Bagh. The renovations have erased every sign of the massacre occurring. It is no less than erasing the reality of the situation. Now some guides would take you through the place and show you what happened where without there being any sign of the fact that it happened.

Some people have called this the ‘Disneyficiation’ of a heritage site. The place was inaugurated after renovation on 28th August. It was replete with lightings and sounds resembling the day of the massacre. He tweeted a video of the event along with a caption saying that it will bring a sense of gratitude towards the martyrs. This is something the site did even before the renovation. The only difference was that there was something to show for the killing.

Even the places where there were marks of gunshots have been covered. There is no sign of any massacre happening in the place. It is as good as being a normal bagh where people gather, except it now has lighting and sounds. Any traces of what the site stands for has completely vanished.

The decision to renovate has not gone down too well on social media. Numerous people have criticised it. One famous tweet said that all it did was fill pockets in the name of beautification. It also called the renovations a “whitewash of history.” Some people even commented on Twitter that the place now looks like a Bacardi weekender. The words sound harsh, but it stands to reason that they do have merit, considering how the place has been treated as a cultural heritage site instead of a historical site.

The government should have discussed this first with the people of the country. Especially the Punjabis who were affected by the massacre. The whole project was undertaken by a firm based in Ahmedabad. This clearly shows that the people, especially the people concerned with the incident. It is always imperative to keep the people who are being catered to in mind before taking on “beautification drives” like this because although the people weren’t taken into confidence while making the decision, they will decide whether all that money was worth it or not. And by the looks of it, the site doesn’t seem to have any buyers. Only time will tell if it will ever be a success.