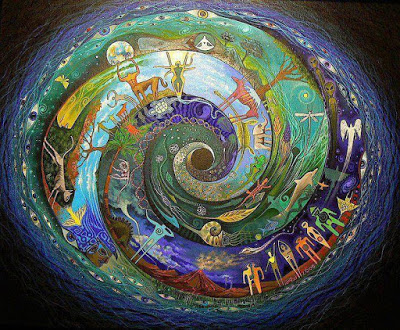 India was a Land of Plural thoughts and had the basic decency of following ethics but, with the sudden emergence of hypocrisy and feeling of supremacy, the nation got blasphemed by pseudo-liberals and fanatic religious practitioners. We have attained the utmost and supreme height of hypocrisy in every aspect. Even Twitter becomes a hypocrite while showcasing news and highlighting posts.

Recently Forced conversions in Jammu & Kashmir have shaken the sentiments of certain communities and instigated the already aggressive ones. Two Sikh girls experienced the carnage of freedom, abduction, and violated conversion. One video got viral, where the Sikh girl confessed that she has accepted the religion and nothing had been forced upon her. The second girl got married to someone from her community but where is her consent? Patriarchal society is deciding everything and Women are just used as objects. In this turmoil of communal angles, girls experience acid attacks if they deny the offer of starting the unrest.

Sikh Leaders have shown a huge amount of Deception against their eternal friends (Muslims) and started demanding the law of Anti Conversion in J&K. The officiating Jathedar of the Akali Takht, Giani Harpreet Singh, in a letter to L.G Manoj Sinha inscribed, that four Sikh girls have been kidnapped and forcibly converted in just a month. The thing is, at a minute level these numbers may seem tiny but this indeed is going to become a gigantic problem in coming years.

First of all, The Constitution of India has something called Article 25, which says all persons are equally entitled to freedom of conscience and the right freely to profess, practice, and propagate religion. Some members were concerned that the right to propagate would facilitate forced conversions and proposed amendments that would either remove the right to propagate altogether or limit the right to practice religion to the private domain. Others argued that forced conversions did not come within the ambit of this right; further, free propagation would also lead to public awareness about different religions, thereby promoting understanding and peace. These amendments were rejected.

The law (Prohibition of Unlawful Conversion of Religion Ordinance, 2020) that needs to be imposed in J&K was promulgated on 27th November 2020 in Uttar Pradesh. This was pursued by Madhya Pradesh. This Legislation strives to legislate religious conversions and prohibit certain types of religious conversions (including through marriages). Few other states, including Haryana and Karnataka, are also scheduling to inaugurate an identical law. By understanding the UP & MP ordinance, we can figure out whether it should be imposed on J&K also or not. Ordinances in these two states prohibit conversion of religion through norms, such as (i) force, misrepresentation, undue influence, and allurement, or (ii) fraud, or (iii) marriage. The person will witness a ban from abetting, persuading, and contriving to such conversions. Let's bring in the hypocrisy of Sikh people, when these laws were authorized, Sikh advisers of the "Sikh-Muslim Unity," the project remarked erroneously against the Hindus as always.

When the exploitation out of conversion came like a boomerang and was about to hurt the community. But suddenly the same people are compelling the same laws in this region to protect their community. One of the many inappropriate comments made on these laws was of Manjinder Singh Sirsa who said, "How weak Hinduism is that they need the help of Law to save their religion from getting converted? Isn't this funny? We can conclude that 'Sikh-Muslim Unity', is vulnerable than 'Sikh-Hindu Unity.' When we live with someone for a long time then that person becomes naked for us and in this case, Muslim Radicalism is the naked element that Sikh proponents received and which they think is worse than 'Rashtriya Swayamsevak Sanghis.'" Many a time, people in our country remain tolerant and are often considered cowards. Tolerance isn't the psyche of accepting and acquiring pluralistic civilization. According to Pew Research, the number of Muslims will nearly equal the number of Christians around the world in few years and the reason behind this will be the increasing population and proselytizing activities.

Muslims will make up 10% of the overall population, in Europe. India being a Hindu majority will conserve. In 2050, India will have the largest Muslim population. If we dive into History then, Invasion of the Kashmir Valley, Mahmud ravaged the valley and took many prisoners, and carried out conversions to Islam. Another instance includes Baran, 10000 people along with the King were converted to Islam. Aurangzeb also promoted conversions. Few Islamic references suggest that there is "no compulsion in religion" (Quran 2:256). Meanings residing in the scriptures are misunderstood since time immemorial. Everyone is propagating his religion as supreme which means, God is one and religions are plural and reach the same destination. Then why does this happen and get hashtags? Websites like Islamreligion.com have shortlisted the benefits of practicing Islamic ideas and the benefits of doing it. But Privileges proposed by Muslims are offered by every other path. Then Why? Verse 256 of Al-Baqara mentions that there's no compulsion in religion/Do not force anyone to become a Muslim. Almighty/ Supreme Personality of Godhead isn't just Allah or Jesus. He is Rabbul-Alameen which means God of the Universe and not Rabbul-Muslameen or Rabeel-Christian, The God of only Muslims or Christians.

Matrimonial conversions were falsified by fanatics. In a recent interview of a victim of conversion, she talked about traps created by a family which included the counseling of her done regarding becoming a prostitute, signatures of Maulvi while doing Nikah, etc. What should be done? Law must be imposed to protect someone's dignity and freedom. I want to ask just a question and that is, how many of the Dedicated & Passionate Muslims who believe in conversions know that Islam's extensive personality Al-Ghazali had a Zoroastrian wife. There is a possibility that she also must have undergone the same pain of getting converted but, the most intriguing fact is, she never endorsed Islam. According to the analytic figures 2020, In terms of religious conversions, Hinduism has got conclusive windfalls. Almost 47% of people entailed Hindu beliefs. If the study is presented in the form of digits, then we come to know that, 241 people out of 506 enrolled themselves as Hindus whereas 144 was the count for Islam. Missionary activities of Christians engaged 119 novice followers. Proselytizing is a daily basis phenomenon in India, not Bharat. The thought of either converting Hindu to Muslim and Muslim to Christian is disquieting as Vivekananda has exactly quoted that, we must respect every faith and individuality but retain ourselves as well. He advised us to help each other and become Better Hindus and Better Muslims. We have packed the thoughts of Vivekananda, Aurobindo in a bag named failed comprehension of Religion. Conversion happens daily and the reason behind this is not searching for a reason but increasing specific community. Faith wins every time over the rationale but, Faith must be acquired after scrutinizing the ideology or philosophy. Patriarchy is the advent of this issue, Consent is another dimension that is not taken into consideration, The fundamental thing is, Religion can't be forced and must be embraced not just with wide arms but with wide understanding as well.

Divided India: In the name of God, religion and ethnicity.