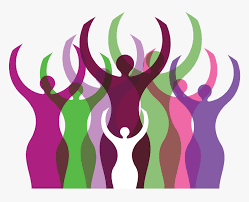 WOMEN EMPOWERMENT consists of two words Women and Empowerment. Empowerment means giving power and authority to someone. So women empowerment means empowering the women that are to provide the capability of equality in every field.

Our society comprises both men and women. Earlier, men were known as the decision taker of their family, and women were responsible for the upbringing of the children and household work. None of them was interested or urged for the empowering of the women. Research says that women's issues were isolated from reproductive problems and household matters.

Women empowerment empowers women to lead a respectable and happy life in society. Women will be authorized when they will lead a comfortable and all-accessible lifestyle in both profession and education. It includes raising their status through education awareness, training, and literacy. It also includes taking a crucial decision that makes her feel empowered. Empowerment is the most critical part of the country's economic and sociological background.

If men and women both do profession, then the economic environment has a great chance to be refined, and the family might either produce the next youth icon of that country. Thus, the country where both women and men work together can help the economy's easy success.

History says that women were ill-treated, especially during the Bengal partition. Raksha Bandhan was celebrated to develop the essence of brotherhood in the stereotype society where women were used as wooden toys. SATI DAHAPRATHA was the cruelest technique followed during the days of RAJA RAMOHAN RAY, who finally demolished it to save the life of the Bengali homemakers.

Not only did this WIDOW REMARRIAGE start when act number17 was passed by VIVEKANANDA. However, some heinous crimes like rape, honor killing, dowry, acid attacks are still common in India. According to pratha, the wives of the husbands were asked to jump into the fire-burning woods with their husbands. Earlier it was believed that a girl child was an unfortunate sign of economy for the family. This belief was why the family members denied having a girl child and killed the baby in the womb if they happened to take birth in the abdomen.

Boys were considered the jewel, and as they were fortunate to take in advance, the family thus was considered the actual decision-maker. This attitude is called honor killing, and because of this foeticide practice, the number of girl children is decreasing in our country. At least 50% of the population in India should be girlchild which is still being denied. This reaction has led to a lower literacy level among the girls, and primary education is recommended to overcome the struggle. Not only this, they are paid less for their work and are given lower positions even though the girl is more educated or maybe the person is a girl.

Today in this fine world of classics and romance, nobody believes in the fact that women are less than anyone. They have a secured family to guide them, and they are self-motivated and career-oriented. They know how to shape their career and draw the line where needed. They are well oriented to the goodwill of their family and the advancement of their nation.

There are many ways to empower girls. Some can use government skills to empower; some can use the technique of empowering them with educated schemes etc. At the education level, they deserve to achieve a position as men. We should promote and help them to advance in education and business matters. The government has come up with BETI BACHO BETI PARAO YAJANA, MAHILAE-HAAT, MAHILA  SHAKTI KEDRA, SUKANYA SAMRIDDHI, to empower women.

We can also empower women by abolishing dowry, child marriage, honor killing, etc. These small steps can help women flourish in this society of rigidity and racism. An example of such women empowering personalities is  SAVITRI PHULE DEVI, who was an Indian social reformist educationist and poet from Maharastra. Along with her husband, she played an essential role in working for women's rights in Maharastra. She worked on finishing the unfair casteism and rituals related to women. She not only was the pioneer of the Indian feminist movement but was also considered a significant social reform figure in Maharastra.

Some of the other empowering people are GAURI LANKESH. MARSHA P.JOHNSON, BELL HOOKS, etc.

NARI SHAKTI PURASKAR  is the most honorable award given to highlight the excellent deed of women. The award was instituted under SREE SHAKTI PURASKAR, renamed and recognized in 2015. The high civilian honor of India is presented by the president of India on the day of the WORLD INTERNATIONAL WOMENS DAY at RASTRAPATI BHAVAN in Delhi. Awards for contributing to the women's endeavor are also given.