Spectrum10k And The Epidemic Of Autism Eugenics 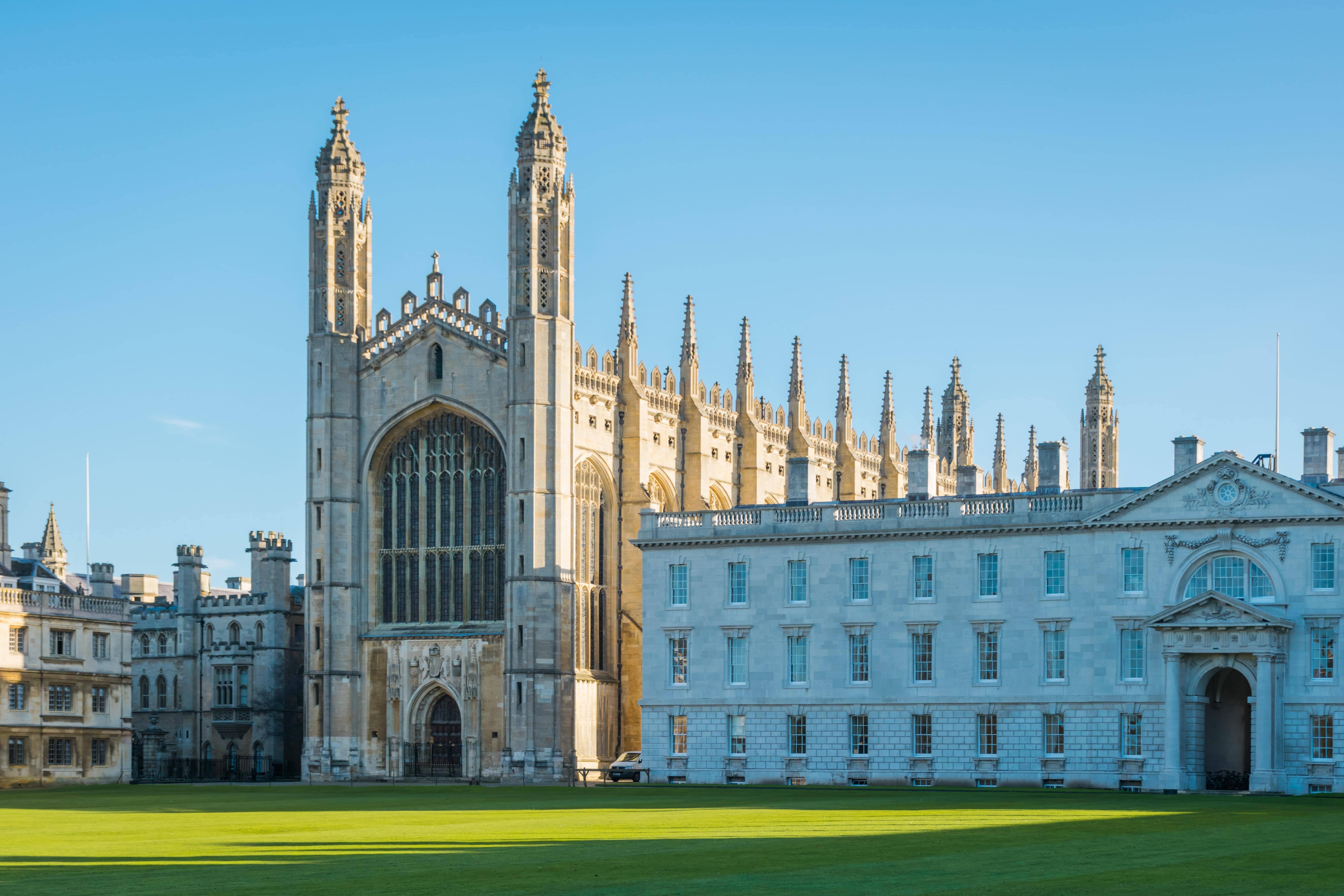 The pausing of the University of Cambridge’s Spectrum10k study towards the end of 2021 was met with relief from the autistic community, but the study’s existence highlights the persistent role of eugenics in autism research. Now, 9 months later, the fall-out has become increasingly apparent for both the autistic and scientific communities.

The Birth of a Study

Spectrum10k first appeared on newsfeeds in August 2021 when applications opened, and the requests made by the researchers immediately raised flags among autistic people.

The project asked for 10,000 saliva samples (with the consent of the autistic individual not being necessary for the submission of their DNA) alongside the completion of questionnaires on the socioeconomic background to ‘investigate biological and environmental factors that contribute to autism’.

To the autistic community, DNA samples, lack of consent and research into biological ‘contributing factors’ caused concern, but the Spectrum10k website appeared promising. There were guarantees of respect and a staunch stance against eugenics; it was only in the fine print that the ethically-questionable reality of the study was revealed behind the readable and ‘age-appropriate’ explanations of the study provided by its team.

Dr Daniel Geschwind had long-been shunned by the autistic community after his affiliations with the controversial therapy ABA (Applied Behaviour Analysis) and the US organisation ‘Cure Autism Now’, which stood in direct contravention of Spectrum10k’s anti-cure promise. Upon this realisation, concerns began appearing across Twitter regarding the similarities between Spectrum10k and Geschwind’s previous work. Geschwind had also been affiliated with Autism Speaks, an American organisation marred by accusations of eugenics and maltreatment. Such accusations were supported by its infamous 2009 ‘I Am Autism’ advert, sporting an insidious voice-over narrating the ‘evils’ of autism which included the (scientifically inaccurate) line ‘I work faster than paediatric aids, cancer, and diabetes combined’.

As such, #StopSpectrum10k and #NotADisease emerged on Twitter, both quickly garnering thousands of tweets in support.

@BoycottSpect10k was also started with the phrase 'Nothing About Us, Without Us', gaining over 2000 followers on Twitter.

The growing fear among the autistic community only worsened at Professor Baron-Cohen’s involvement. Famous for his ‘autistic male brain’ theory which states autistic people are incapable of empathy, Baron-Cohen answered eugenics concerns by stating that “There’s no way we can ever say that a future political leader or scientist won’t use the research for eugenics”. This aligned with criticism of Spectrum10’s ‘commercial collaboration’ clause which referred to the inability to destroy data from the project, leaving it open to use unregulated by the Spectrum10k team.

A minor lack of confidence among the autistic community quickly turned into widespread fury; the acknowledgement and acceptance of eugenics as a risk served as the final straw. It sparked the question; why is the threat of the eradication of an entire population (700,000 in the UK alone) considered an acceptable sacrifice in the name of scientific research?

Despite Spectrum10k’s promises that they would not seek a ‘cure for autism’, the seed of opposition had long been planted and was now reaching official organisations. The National Autistic Society – which, at the time of writing, is the largest autism charity in the UK – released a post detailing their opposition on their website. This was followed by the Health Research Authority publicly launching an investigation into the ethics of the study.

With thousands of eager eyes now planted on every aspect of Spectrum10k – public and hidden – more revelations came to light, namely about the organisations listed on the section of the study’s website dedicated to resources for autistic people and their families.

The Society for the Autistically Handicapped sparked particular controversy; despite claiming that in the context of disability ‘handicapped’ was still appropriate in a medical setting, the UK government had declared it as a word to be avoided when talking about disability.

Similarly, Autism Independent UK came under fire. Previous studies under the organisation included one on the sexuality of autistic people, which concluded that ‘providing heterosexual experiences’ seemed to ‘meet the sexual needs of [the] clients’. The use of ‘mental retardation’ was also actively used and endorsed by Autism Independent UK, despite both the UK government and the Special Olympics referring to it either as a term ‘to be avoided’ or a slur.

The backlash generated by these revelations was met with an empty space taking the place of the website page. A statement by Spectrum10k later stated that they ‘have decided to remove’ the ‘useful links’ page from their website due to the misconception that the organisations listed were ‘endorsed’ by the study. However, it was extremely likely that autistic individuals and their families had already accessed the websites listed and witnessed the harmful language and practices promoted within.

The pausing of the study to allow for further consultation with the autistic community after a peaceful protest outside Cambridge’s ARC in November of 2021 (with protester Priscilla Eyles stating ‘We are not lab rats, we’re human beings’) fell on welcoming ears.

However, despite the pause seemingly serving as a victory for campaigners, it soon became evident that the problematic attitudes towards the autistic community ran even deeper than its promoted organisations and questionable judgements.

An email correspondence released through the Freedom of Information Act between the Spectrum10k team and the Royal Wolverhampton Trust revealed the term ‘trolls’ being used to refer to those ‘targeting Spectrum10k on Twitter’, the vast majority being autistic professionals and scientists. This was consistent with another interaction between Spectrum10k and the Barts Health NHS trust a month prior, where the same language was used again.

It was also discovered that the Freedom of Information request administered to the trust asking for copies of correspondence with Spectrum10k had, initially, not received ‘a substantive response’. The Information Commissioner’s Office stated: ‘From the evidence provided to the Commissioner in this case, it is clear that the Trust did not deal with the request for information in accordance with the FOIA’. This failure to abide by the act was indicative of the wider concerns around the integrity of Spectrum10k and its affiliations.

Similarly, notes taken during the ‘Spectrum10k PKI Meeting’ held towards the end of 2021 revealed that the panel had expressed concerns over the ‘high risk’ of autistic people attempting to ‘circumvent’ the consultations that would be taking place. There were exchanges about how to ‘weed out’ these people, and whether there were ‘rules that can expel a person?’. Autistic people’s criticism was further brought into question with the comment ‘a lot of response on social media does not seem to be authentic autistic voices’. The definition of ‘authentic’ in this context was never questioned nor explained.

Such attitudes had also been reflected on the Twitter profiles of some of the ‘ambassadors’ of Spectrum10k, with some claiming that those criticising the study were part of a ‘Twitter mob’. A search through the profiles of said ambassadors raised further red flags to anti-Spectrum10k campaigners due to the use of ‘Aspergers’ (an outdated diagnosis taken from Hans Asperger who collaborated with the Nazi regime in WW2 Germany) and multiple anti-transgender statements (provoking concerns due to the high number of transgender autistic individuals). As of the time of writing, the profiles of the ambassadors concerned have seemingly been removed from Twitter.

Since the pausing of the study and the following surge in controversy, the situation quieted (at least on the public front). No conclusion has yet been reached by the Health Research Authority on the ethics of the study since they commenced their investigation last year, but a conclusive report is to be expected within the next few months. Since the pause, Spectrum10k has refused to give comments to journalists due to the strain on the ‘small team’.

In the fog of confusion and scandal, the only certainty that can be derived from the Spectrum10k debacle is that the conception of the study alone not only demonstrates the grip of eugenics on autism research, but also the strength and collective will of the community which it is prepared to risk.