Starlink And The Quest To Bridge The Digital Divide 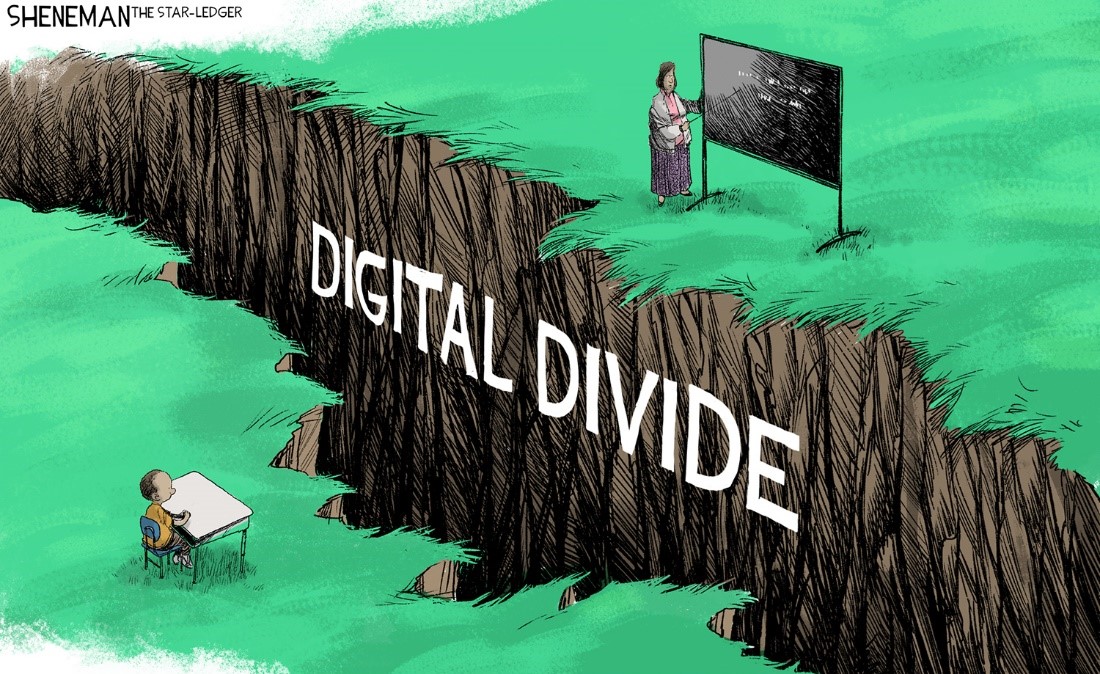 If you’re reading this, then you’ve reached the end of the internet. Please exit your browser, turn off your device, and disconnect your Wi-Fi. Then pass it on, so someone else can have a turn.

We live in an increasingly digitalised world. Where the internet is ubiquitous, social media reigns supreme, and Wi-fi has become our bread and butter. Everything is faster, better, and more efficient. You can send a message to someone on the other side of the world in an instant or have your groceries delivered to your front door. You can learn anything with the touch of a button or waste away in front of hours of content. With the internet a few clicks can make the world your oyster. Human beings have never had it so good. Well, at least those of us with the internet that is. But what about those without it? Do such people even exist?

In this progressively digitalised post-pandemic world, access to the internet has become an increasingly important element of survival. To compete in this world, you need to be connected, and you need to be connected well. Consequently, the provision of affordable digital infrastructure is no longer a simple luxury, but a necessary part of achieving equality.

Some even go so far as to suggest that a truly globalised and connected world could mean the end to poverty as we know it. During a recent internet debate, Elon Musk took to Twitter to share his thoughts on the fight against poverty around the globe. According to Musk, one of the main factors contributing to poverty is a lack of education and literacy, especially in the digital sphere. Musk believes the key to solving this problem lies with the Internet. To quote the tech billionaire, “Education is the path out of poverty, and Internet access enables education.” In essence, by providing access to all, we can achieve further equality.

Furthermore, Musk also took this opportunity to update his followers on the Starlink programme. He stated that Starlink has “over 1M user terminals manufactured”. It suggests that we maybe be closer to closing the digital divide than we previously thought. You see, despite our recent advances in technology, not everyone has access to modern information and communication networks. A fair portion of the global population isn't connected to the internet.

This gap between those with the internet and those without is known as 'The digital divide.' It's more of a chasm than a gap. Thus, while some of us own the latest smartphones and computers and use Wi-Fi with top-notch speeds to stream Netflix, many of us have been left in the dust. The UN Broadband Commission for Sustainable Development has stated that this number sits at 3.6 billion. This means that 53.6% of the current global population goes about their daily lives without access to the online sphere.

As you’ve probably already guessed, this divide generally exists due to socio-economic and geographical disparities. One’s access is influenced by a range of factors, such as affordability, internet quality, availability, as well as digital literacy.  These are vital determinants when it comes to being part of modern society. Due to these factors, many from lower-income households or remote areas cannot participate in contemporary society effectively.

Generally, the difference between being connected and not can be seen between urban and rural areas, the educated and the undereducated, and between more and less developed nations. For example, The International Telecommunication Union estimates that 72% of those with Internet worldwide live in urban areas, while only 38% reside in rural locations. Moreover, the gap increases in developing nations, with 65% of people in urban areas having access, while only 28% of people in rural areas have access. In some parts of the world, these numbers were even lower. Take Africa, for example, where a mere 28% of households have access to the internet, and in rural areas, this number dropped to 6.3%. Shocking, isn’t it?

What is even more telling is the fact that lack of access can exacerbate other divides and inequalities.  For instance, limited access to the internet can mean exclusion from health care information and resources. It also effects your economic opportunities, reduces your chances of finding quality employment, as well as impacting business owners, and perpetuating unequal learning outcomes.

Therefore, addressing this gap is a vital step towards further economic and human development in both developed and developing countries and, in the struggle, to alleviate poverty. This is what makes the Starlink project and others like it so promising. Starlink is a project under development at SpaceX, Elon Musk’s company, the goal of which is to build a vast network of private satellites. By doing so, the organization intends to provide high-speed, low-latency broadband internet to people worldwide. We are ensuring global internet coverage and connectivity.

This Satellite constellation system (or Starlink) is especially suited to provide coverage in remote and rural areas where connectivity is often unavailable or of poor quality.

The project has been under development for a few years now and is making good headway. Work on Starlink began in 2019 when SpaceX first began launching their satellites, and as of September 2022, they have found around 3,000—bringing us that much closer to a truly connected world.

The advantages of projects such as Starlink are clear. By growing a network of private satellites and ensuring global internet coverage, we can grant more inclusive access to the delivery of essential services. For example, the internet provides greater market access and connects people to goods and services with lower transaction costs. In addition, people previously excluded from the digital economy receive better income opportunities. A better connection also means connecting individuals to job-hunting sites, hiring platforms, and networking services.

In addition, improved connectivity ensures more people are educated and have quality healthcare. It can also be used to enhance governmental transparency and accountability, increase opportunities for female empowerment, improve environmental sustainability, and foster social development within and between communities all over the world. Nevertheless, while this is undoubtedly inspiring news, we must caution ourselves against all-or-nothing thinking. Poverty is a multifaceted issue. It is influenced by many factors and affects many aspects of people's lives. While the importance of internet service and its many advantages is evident, it is only one part of the equation.

Thus, when considering how the internet may be utilized to improve billions of lives, it is essential to remain realistic and take a more holistic approach. Alleviating poverty needs to include more than simply providing good internet service. The experience of an impoverished person should be considered holistically to account for issues of structural violence and their most pressing needs. Furthermore, individuals within disadvantaged communities have their own cultures and ways of living which may mean their approach to technology differs.

1 month, 2 weeks ago by GPemberton

I don't think we had access to the internet until I was in secondary school. You could certainly feel the divide, even in the early 2000's. It's great that you've raised this issue.