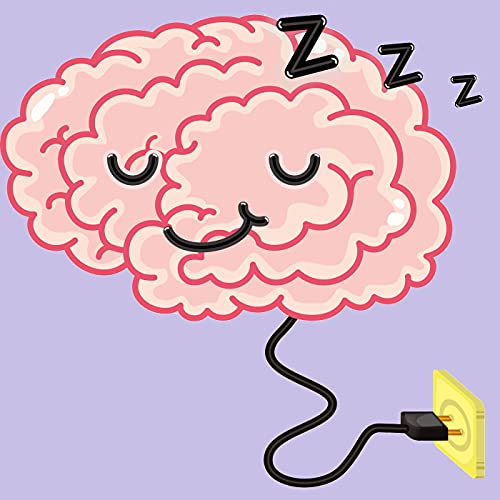 Sleep is a necessity for us all. Whether you fall asleep instantly after laying your head upon your pillow, or after tossing and turning during the night, we all get varied amounts of sleep. Many things can interfere with this process such as sleep disorders, occupational night shifts, or stress and anxiety. Despite spending a third of our lives sleeping, we underestimate the importance of sleep, believing that a few days of minimal sleep will have no long-term impact on ourselves. However, we are sadly mistaken.

Acute sleep deprivation is defined as being awake for more than 16-18 hours per day for two consecutive days. If this persists for 3 months or more, it becomes a chronic sleep disorder. These hours of missed slumber can result in sleep debt. This debt cannot be repaid with one night’s worth of optimal sleep (7-9 hours). Instead, it’s paid back over many nights if enough sleep is achieved. However, this is difficult to do; for instance, if you have young children or a sleep disorder such as insomnia. Although our bodies can adapt to surviving on less than substantial sleep, it does not mean that it’s healthy for us in the long run. Lowered immunity has been related to sleep deficit. More fittingly in today’s society, poor sleep relates to a decrease in vaccine immunological memory. A study from 2011 showed that sleep is necessary for the adaptive immune system to enhance the production of antibodies, an immunological response to pathogens, or in this case, the hepatitis A vaccine. Pathogens are recognised by the immune system, from the proteins on their cell surface known as antigens, which are differ from our own. This induces an innate immune response: your body’s first action against invading pathogens, before the more tactical adaptive immune system is activated, making specific antibodies against the unfamiliar antigens. A higher antigen response, that generated more antibodies, was found in patients who had more sleep after their vaccination. Therefore, sleep is essential in enhancing the antigen-antibody response.

Inadequate sleep has also been associated with high blood pressure, known as hypertension. During sleep, your blood pressure dips naturally in a process known as “nocturnal dipping.” Less time spent asleep decreases the time in which this dip can occur, increasing the risk of cardiovascular disease. Moreover, people who consistently don’t get enough sleep tend to be hungrier during their waking hours, since sleep regulates our hormonal system. When deprived of sleep, we have more of the hormone ghrelin, which tells us when we’re hungry, and less of leptin, which tells us when we’re full. Thus, less sleep is associated with a higher risk of obesity. Furthermore, less sleep is also implicated in type 2 diabetes. This is when the beta cells in your pancreas produce insufficient amounts of the hormone insulin, in response to the increased sugar within your bloodstream, after a meal. Over time, your insulin receptors become resistant, so more insulin is required to achieve the normal physiological response that was previously seen. Excess glucose present in the bloodstream, known as hyperglycaemia, if left untreated, can induce a coma – not the type of unconscious state you want to be in to catch up on your sleep.

Insufficient sleep can negatively impact our psychological well-being, leading to increased irritability, diminished concentration and memory recall – all caused by depriving the body of the time it needs to rest. Moreover, there is a heightened risk of developing Alzheimer’s disease associated with sleep deprivation. A 2018 study highlighted the necessity of sleep in clearing out unwanted proteins from cells, more specifically, the protein beta-amyloid. After one night of missed sleep, volunteers had increased beta-amyloid accumulation around their hippocampus, one of the brain regions affected in Alzheimer’s disease. High levels of beta-amyloid can clump together to form plaques, which are associated with the demise of neurons in the brain, leading to memory loss.

However, there is one rare neurological disease that has rapidly fatal implications associated with sleep deprivation. Once symptoms occur, these patients will eventually lose all ability to sleep and their inevitable death will occur within months of onset. This disease is known as fatal familial insomnia (FFI). FFI is genetically inherited by a parent carrying the mutated copy of the PRPN gene which encodes the prion protein. In this disease, the mutated prion protein cannot be cleared out effectively from cells. It spreads throughout the brain, causing neuronal death, like beta-amyloid plaques in cases of Alzheimer’s disease. FFI targets the thalamus, which is vital for regulating our sleep/wake cycle, causing complete disarray to a core brain function that permits us to fall asleep each night. This leads to the most severe consequence of no sleep: death. However, this is nothing to lose sleep over. Although there is no cure, FFI is very rare, so any impact on your sleep is likely to be less destructive and more manageable than this incurable genetic disorder.

We may not yet understand the full reasons behind why we sleep, but what we do know is that getting enough sleep is healthy for us – without it, we would die. So take the time out of your day, if you can, to ensure you can have the best sleep possible. Looking after yourself should ensure that you get the sleep your body so desperately needs, for both your physical and psychological well-being.