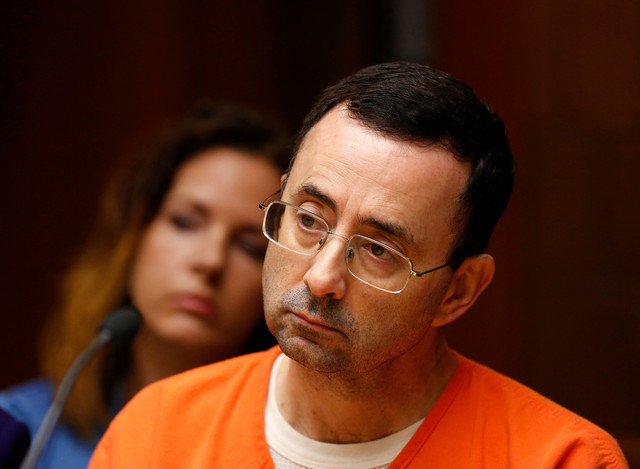 Thirteen sexual assault survivors of Lawrence “Larry” G. Nassar are demanding $130 million from the Federal Bureau of of Investigation (“FBI”), alleging that the agents working on the investigation mishandled the case, which led to more acts of sexual abuse to be committed by the disgraced former sports doctor.

The victims, all of whom are female, have filed administrative tort claims against the FBI and are seeking $10 million each. The tort claims, according The Wall Street Journal, mark the first time that civil action has been brought against the FBI over the Nassar case.

Leading up to his arrest in November 2016, Nassar worked for almost two decades as an osteopathic physician and professor at Michigan State University. From 1986 to 2015, he served as the national team doctor for USA Gymnastics.

The administrative tort claims, which were filed by Michigan-based attorneys on behalf of the women, make numerous references to the July 2021 report released by the Justice Department’s inspector general, which detailed numerous errors in the FBI’s response when the agency’s Indianapolis field office first heard of the sexual abuse allegations against Nassar in July 2015. The report also revealed that senior officials in the FBI’s Indianapolis field office violated multiple FBI policies when working on investigative activities pertaining to the case.

The FBI’s mishandling of the probe enabled Nassar to continue committing acts of sexual abuse during the almost 17-month time period from when the abuse was first reported (July 2015) and his arrest (November 2016). The FBI declined to comment on the claims.

“Despite credible reports to the FBI, Nassar continued his reign of terror for almost 17 unnecessary months,” Jamie White, an attorney for the 13 women, said in a press conference on Thursday, April 21. “In large part, Nassar continued to have access to countless girls on almost a daily basis. An unthinkable and unnecessary number of sexual assaults occurred at the hands of Nassar during that period of time.”

According to The Federal Tort Claims Act, victims must file administrative tort claims with the agency in question before they can file a civil lawsuit. The agency has six months to respond and potentially settle with the claimants before they can consider filing a lawsuit.

White also stated that the decision to file administrative tort claims are similar to the approach that resulted in the Justice Department having to pay nearly $130 million last year to 40 survivors and families of the victims killed in the 2018 school shooting at Marjory Stoneman Douglas High school in Parkland, Florida. In the Marjory Stoneman Douglas case, the FBI acknowledged that they failed to investigate multiple tips that suggested that Nikolas Cruz, the gunman, might open fire at the school one day.

At the press conference, White was joined by Grace French, a survivor of Nassar’s abuse and one of the 13 women filing the tort claims against the FBI. French stated that she felt “disgusted” and “hurt” at the FBI’s inaction, which allowed Nassar to continue abusing more women during that almost 17-month period.

“No one should have been assaulted after the summer of 2015 because the FBI should have done its job,” French, the founder of the group Army of Survivors, stated. “This incredible systemic breakdown shows that there is needed change in the way that the FBI responds to cases of abuse. This is about showing those institutions who continue to harbor, enable, and protect predators that there are consequences for turning a blind eye to abuse through inaction.”

The majority of the 13 women filing the administrating tort claims have opted to remain anonymous. Besides French, the only other woman to publicly identify herself as one of the 13 is Lindsey Lemke, a former Michgan State gymnast who was also one of Nassar’s first publicly vocal sexual assault victims.

Nassar is currently serving a 60-year sentence in a federal prison on child pornagraphy charges. In addition, after pleading guilty to seven counts of sexual criminal conduct, he was sentenced to a 40-to-175 year state prison sentence in Michigan. The Nassar Case has involved settlements between hundreds of Nassar’s victims and organizations that employed him: Michigan State University, USA Gymnastics, and the U.S. Olympic and Paralympic Committee.

At least 265 young girls and women, the majority of whom were gymnasts, have stated that Nassar sexually assaulted them under the guise of medical treatment. Nassar’s victims include numerous Olympic and United States National Gymnastics team gymnasts.